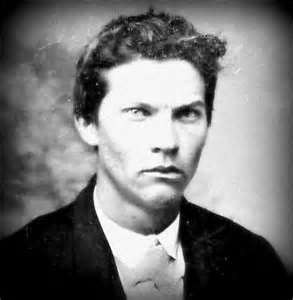 Back in June of 2012 I announced that a film biography about John Wesley Hardin was in the works (you can read that story HERE ), and the response was tremendous.  And half a year later, I keep getting inquiries as to the project’s progress.  I think that’s for two reasons:  #1, the poster art featuring Justin Ament as Hardin is such a grabber, and #2, because John Wesley Hardin, the man, was such a fascinating character, and unlike most heroes and villains of the era, he’s not been over-exposed in motion pictures or television.


I just spoke to Larry Zeug, who co-wrote the screenplay with his wife Linda Ann Head.  It’s their first screenplay; prior to becoming a writer-producer, Larry worked for 32 years in the aerospace industry and, after that, he became an armorer in motion pictures, starting with , on which he was the on-set gunsmith.  “And I was an actor in that movie – I was one of the ‘red-sash’ gang.”  He’s been working on the HARDIN project since around 1999.  “Drew Gomber is a historian out of .  You see him on the History Channel a lot, as a talking head.  Peter Sherayko and I did the first WILD WEST TECH SHOW for the History Channel; Drew was a talking head on that first show.  Later Peter and I were doing a show in called THE FAR SIDE OF JERICHO; I was the armorer on it, and Peter supplied the saddles.  When we had a break one weekend, we drove down to (home of the Lincoln County Wars) to see Drew.  He gave me a booklet he’d sell to people he gave tours to, and the first (article) was a thirteen page story on John Wesley Hardin.  When I read it, I thought, man, this has got everything you need for a movie!  It’s got love interest, violence, action – but it’s all true.” 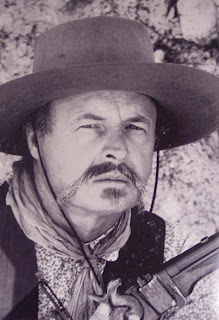 After two unsatisfactory experiences with screenwriters, his wife said, “’Larry, why don’t you write the screenplay?’  I told her it would take me years to single-finger type it.  But my wife can type as fast as I can talk.  Her and I sat down and, in seventeen days, wrote a screenplay.  We were up all night, figuring how long it takes to ride from point A to point B.  So it’s more realistic than just jumping from one spot to another.  My passion has been to do this story.  And I’m supplying all the firearms for this, all the gun-leather, all the blanks. 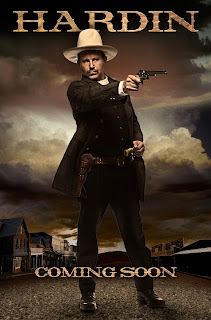 “We wrote the screenplay.  Then I got with (actor and producer) Justin Ament, who I had done a movie with called SHADOWHEART, through Miguel Corona.  (We) took (the script) before the board of the Bank of Oregon.  They did a script-reading, and they funded it $25 million.  But they wanted us to build a town in , and shoot it in .  Then I got a call from Justin, and he said, ‘Would you give up money to shoot it in ?’  I said, ‘Yeah.  I wrote it to shoot around the in , because I’d worked there before.’  So I gave up $15 million to shoot it in .  We’re going to do it for ten.


“We’ve had contact with ; they’ve been out of business since 2006, so we’ve had to convince the gal who owns it to let us shoot there, which we did, and now we’ve got really behind us, even to a contact in the Governor’s office.  The plan is to start shooting in May.  I figure a four week shoot maximum in Bracketville, and then I have a guy, Cliff Tanertt in who’s offered his long-horn cattle, to come up there and shoot all the ranch scenes.  Cliff owns a lot of buildings up there at , and this is where a lot of the action took place, with John Sellman, , and all these people that are in our show.


“I’ve got enough information on Hardin that I could write two years of series (episodes), and that’s something else that I’m proposing, to do a series.  I’ve been talking to Justin Ament about how we could go right into shooting a series.”


How’s the casting going?  “Michael Biehn, who played Ringo in , is going to play Hardin’s father.  I’ve got Jodie Davis playing Mary Hardin, John’s mother.  Marshall Teague will play Armstrong, the Texas Ranger who captures Hardin on the train. Peter Sherayko’s playing John Sellman (the man who killed Hardin). Ike Terry Clanton, who’s related to the original (O.K. Corral) Clantons, he’s playing Bob Weaver.  The old man from AMERICAN HOGGERS, Jerry Campbell, he and his son Robert Campbell are playing parts in the show. Miguel Corona is going to play (vaquero and killer) Juan Bedino.  Justin Ament, who was originally going to play Hardin, is going to play Jim Taylor (of the Sutton-Taylor feud). Frank Stallone is in it.  Jennifer Blanc is in it. Drew Gombers is going to play Henry Brown, the one who was playing dice with Hardin when he got killed.  I didn’t even write a part for myself.  Everyone asks me, ‘What are you playing?’  I say, ‘I’m playing left field.’” 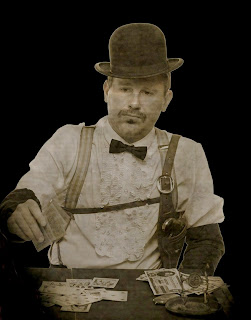 Of course, what most people are asking is who is playing John Wesley Hardin?  The investors, with a lot at stake, are going after some very recognizable names, but I’m not going to make problems for the producers by naming them here before a deal is cut.


The director is Bob Misiorowski, one of the producers of , and director of DERAILED, SHARK ATTACK and ON THE BORDER among others.


Larry hasn’t seen DJANGO UNCHAINED yet, but he’s heard things.  “It’s supposed to 1858, and they’re using an 1860 Henry (rifle)!  I know the clothing, I know the saddles, I know the gun-leather, I know everything about this period of time.  And I’m making it so accurate that no one can criticize it.  That and bringing in firearms that a lot of people have never seen in their lifetime.”    I’ll have more about HARDIN as it gets closer to rolling camera. 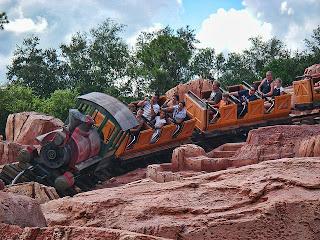 Continuing with their pattern of adapting successful E-ticket park-rides into movies -- often with great success, like PIRATES OF CARIBBEAN (and sometimes like THE COUNTRY BEAR JAMBOREE) – Disney will produce a Western pilot based on the BIG THUNDER MOUNTAIN RAILROAD.

The story centers on the gold-rush era mining town of in the Southwest.  After a natural disaster, a doctor and his family come to town, in what is supposed to be a great opportunity for them, but soon learn that not everything in Big Thunder is as it seems, especially as it relates to the tycoon who runs the town.


In addition to a 22 second teaser spot, Disney has unveiled an action-packed minute-and- a-half  trailer. 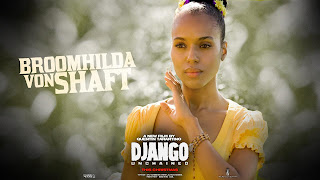 
(I’m having a terrible time refraining from making off-color puns, but out of respect for RFD-TV’s family image, I’ll control myself).


Recently, RFD-TV & FamilyNet founder and President Patrick Gottsch appealed to his viewers who watch on the COX system to voice their support of the networks, and denounce the move to drop them from the system in favor of media conglomerates who wanted their spots on the dial.  I know many Round-up readers joined in the fight.  On Friday, Patrick issued the following statement: “Did all the letters and phone calls to Cox make a difference? YES!!! ABSOLUTELY!!!!!

“Because of the thousands of e-mails, letters, and calls in support of RFD-TV and FamilyNet over the past two weeks, I am pleased to report to you today that the crisis appears to be over for most Cox cable customers in regards to their receiving RFD-TV and/or FamilyNet on your cable system.”  He goes on to say that not only will the networks not be pulled off the air; in Omaha, Oklahoma City and Tulsa, where only RFD-TV is shown, the viewer response was so enthusiastic that they may add FamilyNet to their line-up as well.


'LAST OF THE MOHICANS' SATURDAY AT THE AUTRY 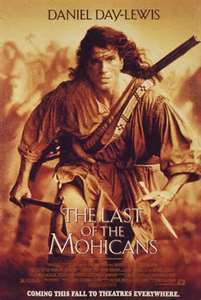 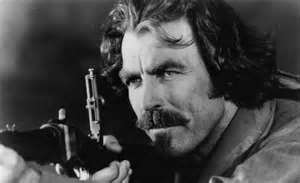 The actor who made his biggest Western impression in an Australian film, QUIGLEY DOWN UNDER, made his first TV appearance on an episode of LANCER. Most of his Western work has been in high quality TV movies and mini-series, including three Louis L’Amours, THE SACKETTS, THE SHADOW RIDERS and CROSSFIRE TRAIL, Elmore Leonard’s LAST STAND AT SABRE RIVER, and the 2003 remake of Jack Shaffer’s MONTE WALSH. 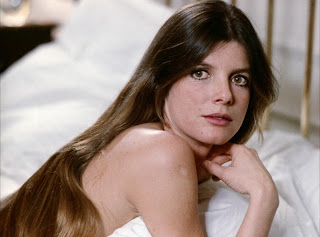 Beautiful and talented Katherine Ross, perhaps best remembered as , whom she played twice, in BUTCH CASSIDY AND THE SUNDANCE KID, and WANTED: THE SUNDANCE WOMAN, her first Western movie was SHENANDOAH, with the great James Stewart.  Other memorable Western appearances include TELL THEM WILLIE BOY IS HERE, THE SHADOW RIDERS, THE REDHEADED STRANGER, and CONAGHER, sometimes co-starring with her equally Western-iconic husband Sam Elliot.  Her early television work includes episodes of THE VIRGINIAN, GUNSMOKE, WAGON TRAIN, THE BIG VALLEY and THE WILD WILD WEST. 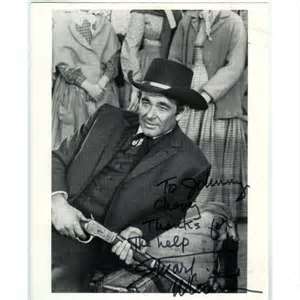 The former Army boxing champ first made an impression on Western fans when he appeared on three ROY ROGERS SHOW episodes, plus a RANGE RIDER, in 1952 and 1953.  He continued in a wide variety of western and civilian roles on big and small screen, including SEVEN MEN FROM NOW, but really clicked in 1963 as Paul Regret, opposite John Wayne in THE COMANCHEROS.  He followed in 1964 with RIO CONCHOS.  In 1967 he starred as Marshal Jim Crown in CIMARRON STRIP, sitting a horse handsomely, and it’s a shame that this excellent 90-minute Western drama only lasted one season.  His career has continued to be busy, and among his later Western appearances are a HEC RAMSEY episode, THE WHITE BUFFALO with Charles Bronson, GO WEST YOUNG GIRL, ONCE UPON A TEXAS TRAIN, and an episode of , JR.

That's it for today's Roundup!