THE TCM CLASSIC FILM FESTIVAL IS ON RIGHT NOW!

The TCM Festival began today, Thursday, May 6th, at 5 pm Pacific time, 8 pm Eastern time, with West Side Story.  The real one, not the one that hasn’t opened yet.  For the second year in a row the Festival is, of necessity, virtual.  They have a terrific line-up of films, both on TCM itself, and on HBO Max.  HBO Max is doing it as a so-called ‘hub’, which apparently means that they list all of their programming, and you can watch any of it whenever you wish, not just during the four days of the festival, but for the entire month of May.

Following West Side Story, TCM has gathered three of the film’s stars for a reunion: Rita Moreno, who appeared in a lot of Westerns TV series in the 1960s, often playing an Indian; George Chakiris; and Russ Tamblyn, who of course starred in Seven Brides for Seven Brothers, as well as the Spaghetti Western Son of a Gunfighter. 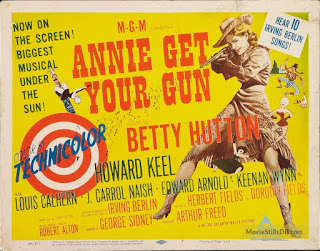 The Western offerings are a little light this year.  Friday morning at 8:45 Pacific time, TCM is premiering a 4K restoration of Irving Berlin’s musical Annie Get Your Gun, from the original Technicolor negative.   It should look great, but it’s a rather stagey musical, and while poor Betty Hutton, the rushed replacement after Judy Garland was fired, works like crazy to please, it’s pretty disappointing. 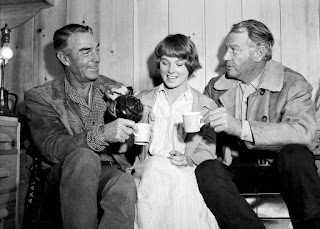 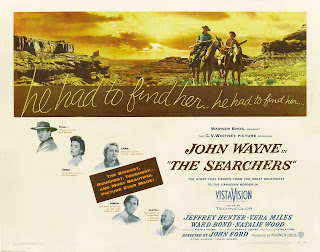 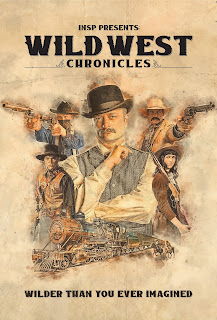 Every couple of years, a cable channel announces a new series with a title like Old New True Legendary Outlaws Lawmen Gunfights of the Old West.  They’re usually okay; they throw a little income to western movie-town operators, reenactors, and historians.  They’re also interchangeable and forgettable.  When producers Craig Miller of the INSP Network, and Gary Tarpinian of MorningStar Entertainment got together, men who specialize in documentaries and reality shows, they might have done something awfully similar.  In fact, they meant to.  Gary calls it, “How we went from non-fiction to fiction in three shows.”

They were well into preparing just such a show, Craig recalls, “When Gary sent over a short list of the expert historians and authors that he wanted to use.  And these people are great, literally the world's greatest experts on the West.  But you know what? I've seen them in three or four other series already. So why do we want to do this? Is there a way to not use talking head experts, and still do a docu-drama?” 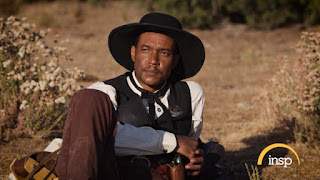 Another concern was, “we needed to stay on-brand for INSP, which means to not leave the 1800s.”  Craig explains, “Our viewers like to surf into INSP and get lost in the old West. And every time you put a talking-head historian in there, you're snapping them right out. So I called Gary and I said, what if we had a frontier reporter? And instead of talking-head experts, they're interviewing eye-witnesses to the West's most notorious events?”

Gary liked the idea, even though, “We were going to shoot (our experts) in about a week at The Autry. My partner thought I'd lost my mind when I said to her, we've been wanting to get into ‘scripted’ (shows) for a long time.” 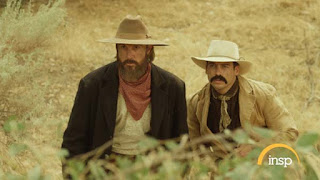 From The Real Lone Star Ranger

Craig remembers, “Gary, a stickler for accuracy and truly an expert on the West, came back with was the solution.  He said, ‘there was a real guy who did this. His name was Bat Masterson.’”

What they’ve created with Wild West Chronicles is a lot less like those previous documentary series, and a lot more like the half-hour Western anthology series of the 1960s, like Zane Grey Theatre and Death Valley Days.  Actually a good deal like Stories of the Century was meant to be, had it stuck closer to the actual history.

“I knew we would be pretty good at it,” Gary says.  “We are very well equipped to tell a story that's based on a true story, with real people, in a certain time period, faithfully reproduced, based on our research, and tell the story accurately. Because when you're doing non-fiction, that's what you do.  We've taken creative liberties, no doubt about it. We weren't there, so we're putting words in their mouths. But other than that, we're trying to tell the stories accurately and to show how much we love this world and these people, these characters.” 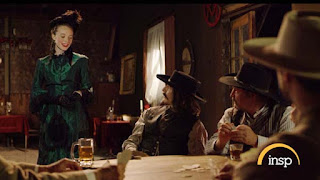 In Wild Bill Hickok and the First Quick-Draw Duel,
flirtation, and a gold watch...

Another problem they avoided while moving away from the standard talking-heads docudramas was to not be a ‘greatest hits’ show: so far at least, they are NOT doing Jesse James and Billy the Kid and the Gunfight at the O.K. Corral.  “I'll let you in on a little inside baseball,” Craig shares. “When we first created the concept, we actually focus-tested three of the episodes and almost unanimously, the respondents said what they were interested in were stories they had never heard, about little-known characters of the West. Or if we were going to tell the story of a famous character, they wanted it to be a little-known story about that famous character. We intentionally kept our format to a half an hour. Because we don't want to do a birth-to-death biography of each character. We just wanted to take one slice of life, one story. And then that also allows us to do multiple episodes with the same characters.”

“Exactly,” Gary agrees. “And we think the audience is going to love it, because we're going to have the same actors play those people. For example, one episode we have a coming up is on the death of Dora Hand, in Dodge City, at the hand of Spike Kenedy. And one of the guys in the posse is Bat's deputy Bill Tilghman. And later on, Bill Tilghman's one of the Three Guardsmen (of Oklahoma), going after Bill Doolin. So it's the same actor.  And Bass Reeves -- there are so many great stories we can do with him, how we used his head to capture people, the story of him going after his own son, who was involved in domestic violence.  It has been particularly enjoyable working with INSP. Diversity is very important to us at Morningstar; my partner is not only a woman, she's Chinese. We met in film school at Loyola Marymount here in LA, and we’ve always felt that it's important to send a proper message and that just meshed perfectly with what the network wanted to do. That same focus group (said) we'd like to hear more about black cowboys, and women.   In season one we've been able to do Bass Reeves, Stagecoach Mary.  We're doing Elfego Bacca, probably the most famous Mexican-American law man. (Pioneer doctor) Susan Anderson.” 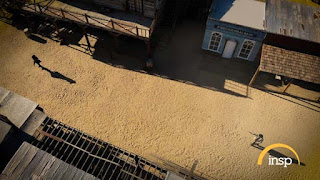 Craig adds, “This sense of diversity also includes the types of stories.  Because this is an anthology series, it allows us to do a wider spectrum of stories from the West. For instance, the last episode this season is on Charles M. Russell, the cowboy artist, and probably not something you're going to see in a traditional series that’s all Jesse James and Billy the Kid. It allows us to paint, no pun intended, a more accurate picture of what the West was like.”

Wild West Chronicles stars Jack Elliot, who doesn’t look or dress much like Gene Barry (who starred in Bat Masterson from 1956 to 1961), but looks a lot like the photographs of the real lawman-turned-journalist.  The episode Dr. Susan Anderson – Frontier Medicine Woman, airs Friday at 9 p.m., Pacific Time.  On Sunday at 2:30 p.m., Pacific Time, Bat Masterson & The Dodge City Deadline, Part 1, premieres. 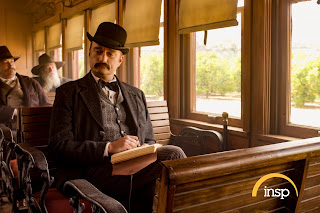 If you’d like to read some of Bat Masterson’s actual writing, his collection, Famous Gunfighters of the Western Frontier is available from Dover Books, and other publishers. 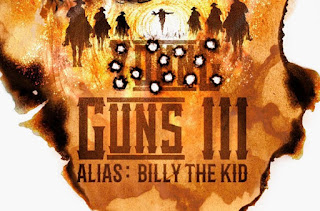 Emilio Estevez, who was unforgettable as Billy the Kid in 1988’s Young Guns, and 1990’s Young Guns II, has spread the word that he’s coming back!  Screenwriter John Fusco, who wrote both Young Guns films, is hard at work on Guns 3: Alias Billy the Kid, which Estevez will direct as well as star in.  And this week the Epix Channel announced an 8-part limited series about Billy, to be written and produced by Michael Hirst, of The Tudors and Vikings fame.  Updates on both projects coming soon! 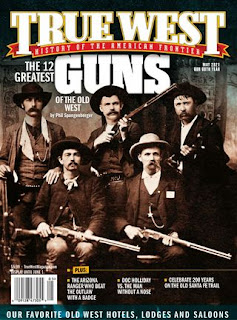 And please check out the May issue of True West, on newsstands now. It features my interview with author Paulette Jiles, whose News of the World is the basis for what many – including me – consider the best film of the year!

All Original Contents Copyright May 2021 by Henry C. Parke – All Rights Reserved