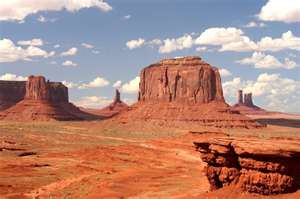 
THE LONE RANGER is currently on location in .  Director Gore Verbinski, Johnny Depp (Tonto) and Armie Hammer (Lone Ranger) are working among the buttes immortalized by John Ford in STAGECOACH, FORT APACHE, SHE WORE A YELLOW RIBBON, MY DARLING CLEMENTINE, THE SEARCHERS, and several others. 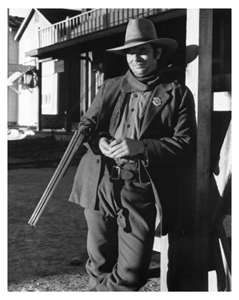 Leon Rippy, late of and DEADWOOD, plays Collins in the re-telling of the story of the masked man.  ’s wife Carol tells me, “ is incredible! The Navajo people are everywhere, many in their native attire. The Tribal Leaders came out with their families and blessed the film. Johnny spent time with them, truly interested in their issues.”  More updates to come!
GOOD FOR NOTHING – Movie Review 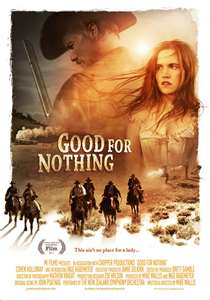 GOOD FOR NOTHING is a damned good Western!  It’s a five year labor-of-love by newlyweds who decided to make a movie instead of buying a home.  If it does half as well as it should at the box-office, they’ll be buying a mansion.   Writer-director Mike Wallis and producer-star Inge Rademeyer met working at Peter Jackson’s celebrated Weta Digital, the New Zealand FX house responsible for some of the astonishing sights in RISE OF THE PLANET OF THE APES, AVATAR, and the LORD OF THE RINGS trilogy among many others.  For three years they spent their vacations western location-hunting throughout , and it was worth it. 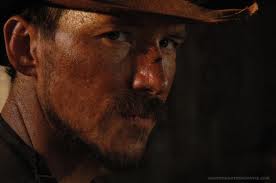 At a time when film stories have become maddeningly convoluted, GOOD FOR NOTHING’s plot is refreshingly direct.  Englishwoman Isabella Montgomery (Inge Rademeyer) is on her way to her uncle’s ranch when she witnesses a killing, and is kidnapped by the man who did it (Cohen Holloway).  The man, in a nod to Clint Eastwood’s Man With No Name is simply The Man.  Cowboy heroes traditionally are men of few words, but The Man takes taciturn to a level that approaches William S. Hart.  He says not a word for the first sixteen minutes of the film, and he doesn’t say anything to Isabella for the first 28 minutes, although they are together almost continually from the moment they meet.   And when they finally do speak, here is their first exchange:

Isabella: What do you plan to do with me?
The Man: Give you a poke. 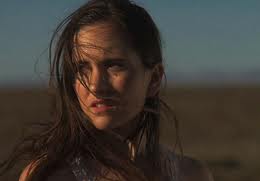 And yes, that’s what propels much of the story.  Because The Man finds to his humiliation that he has a…problem, and captor and captive travel together throughout the West looking for a cure.  So no, it’s not even slightly politically correct, and no, you might not want to take a young kid, unless you want to explain the oblique references to erectile dysfunction.

The Man is not someone who will ever say a word, or even throw a fist, when a bullet will do.   Holloway is completely convincing as a lightning-fast and deadly shot, and one of the men he kills is a lawman.  That brings his sheriff brother, a deputy friend, and a handful (fistful?) of scurvy gunmen on the trail of The Man, and what they suppose to be The Whore he’s traveling with.  And I don’t think it will be considered a spoiler to say that as the Isabella and The Man travel together, against all her intentions, a romance blooms. 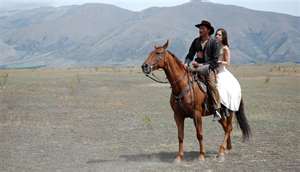 Writer-director Wallis’ script crackles with crisp but natural dialogue and sly humor; ala Lubitsch, he respects the audience, and expects them to catch the slight inflections in voice, facial expression or gesture to understand things would be much more coarse and less funny if they were directly stated.  The infrequency of the vulgarity is what makes it so funny when it does occur.  His direction of actors and staging of action seems deceptively effortless, the result of a clear vision of his story and characters down to the slightest detail.

Director of Photography Mathew Knight, who has shot documentaries and commercials worldwide, does a stunning job of turning into the America West, capturing broad vistas, desert, and rock formations that bring to mind.  The western town they visit at night is notable for being lit believably, with neither too much light nor impenetrable shadows.  Isabella is photographed attractively without being over-glamorized; not surprisingly she looks more feminine and attractive as she progressively wears less and less clothes – though it’s nothing revealing by modern standards.  Actually, one of the most pleasing images is of the two riding double, Isabella behind The Man, her long petticoat covering the rump of their horse, whose tails juts out just below the hem.

In the silent movie that GOOD FOR NOTHING is for long stretches, John Psathas’ score is soaring, stirring and dramatic.  At times it suggests Morricone, but without aping him, and the Elmer Bernstein influence is there as well.  And speaking of sound, every gunshot is so clear that you can hear the metal clink of the hammer hitting the shell.  The combination of that audio with the haze of black-powder smoke subtly underlines the seriousness, as does the fact that The Man frequently takes time to do something rarely seen in even the best Westerns: he reloads! 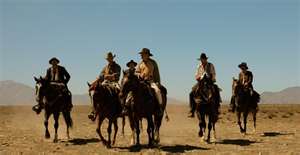 While much has been made of GOOD FOR NOTHING’s perceived homage to Sergio Leone’s work, to me it is much more reminiscent of the better American Westerns of the early 70’s, especially Don Siegel’s TWO MULES FOR SISTER and Richard Sarafian’s THE MAN WHO LOVED CAT DANCING.  Not that GOOD FOR NOTHING is imitative of either, but it manages to tread the same tricky line of balancing tough action, romance and humor.  And speaking of humor, the depraved and inept posse that trails the couple could have come straight out of a Burt Kennedy Western like HANNIE CAULDER.

The success of such an intimate story rises and falls on the two romantic leads, and whether the audience cares about what happens to them.  Happily, Cohen Holloway, a star in television, and South African-born Inge Rademeyer, who is making her feature debut, are both up to the task.  They are natural and believable, attractive (except for that disconcerting cut across his nose) and at times admirable.

I don’t know yet what the distribution plans are world-wide – I know it played a festival in last month – but I’ll find out.  It’s well worth seeking out.

Admission is $20 a day for adults, $10 for kids, with discounts for two days.  There will be a wide variety of musical performances at four stages.  The will be open to give you a peek into movie history.  Every manner of Western art, crafts, clothing, boots, and hats imaginable will be available.

Authors of Western fiction and fact will be signing and selling their tomes.   Entertainers like champion gun-spinner Joey Dillon, saloon pianist Professor David Bourne and magician Pop Haydn will be performing.  Cowboy poets and story-tellers will be rhyming words and spinning yarns.  And there will be a ton of activities aimed at kids of all ages.

On Thursday, April 19th -- no admission for this – at Old Town Newhall on from 7 PM to 11PM, join the party filled with Music, Dancing, Food Trucks, Western vendors, and the unveiling of two new Stars in Old Town Newhall. The plaques for the new inductees into the Walk of Western Stars will be unveiled at 7:30 p.m. on the West side of . The inductees are Glenn Ford, who will be represented by his son Peter Ford, and Oscar-winning editor Joel Cox, who will attend.
On Friday, April 20th, at 3:00 p.m. at the Repertory East Playhouse in Old Town Newhall, join Peter Ford, son of the great Glenn Ford, and author of Glenn Ford – His life and Movies.  They’ll be screening "The Rounders" and afterwards Peter will discuss his father's life and movie career.

And there’s so much more!  For details and directions, go HERE.

That’s all for this weekend!  Next weekend, among other things, we’ll look at the fight to save 35mm film, which is getting buried by digital projection.