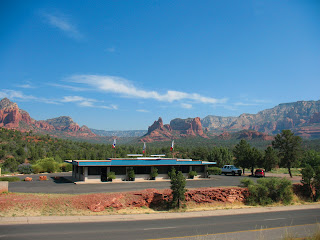 It’s long been felt by residents that Sedona, with it’s rich movie-making history, deserved a movie museum.  The search for a location was begun in the Spring of 2010, and the Little Hollywood Foundation has just announced that a permanent home has been selected.  Located at 700 SR 89A, the 2.25 acre site, formerly the home of Real Estate Central, is an ideal spot, as you can see from the photograph.  In fact the spectacular landscape that surrounds it was the location for several films, among them (1939), TALL IN THE SADDLE (1944) and JOHNNY GUITAR (1954).  The Foundation hopes to have the museum up and running in three to five years. 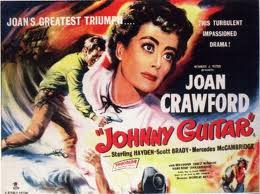 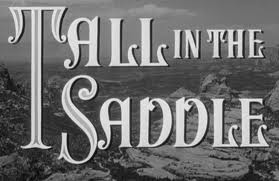 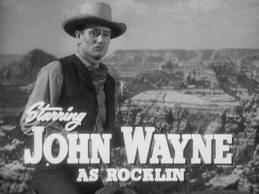 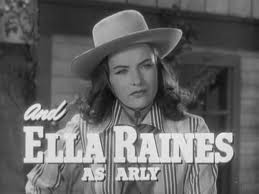 One of McNeil’s most interesting discoveries was DER KAISER VON KALIFORNEIN, a.k.a. THE EMPEROR OF CALIFORNIA, a Nazi propaganda film from 1936, which uses the ruin of Gold Rush principal John Sutter to explain the need for a Third Reich! 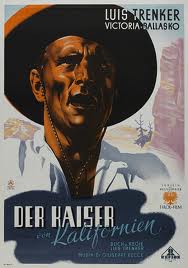 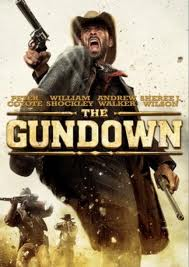 Don’t forget that the Monday morning Tournament of Roses Parade from Pasadena will feature an RFD-TV float saluting the 100th Birthday of the King of the Cowboys, Roy Rogers, will feature Trigger and Bullet and will be accompanied by one hundred palominos!  In addition to parade coverage, a pre-parade special will document the making of the float!  Check your local listings for times. 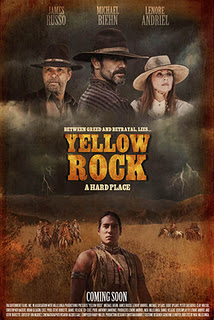 Coming attractions for the new Western starring Michael Biehn, James Russo and Lenore Andriel are finally available online (I was bugging them for months to let me put this up, but they wanted to keep tweaking it).   Check it out HERE.

Jake Garner’s ‘Tall In the Saddle’ series will begin on Thursday, January 5th, with Wellman’s THE OX-BOW INCIDENT, starring Henry Fonda, Dana Andrews and Anthony Quinn – the trailer's HERE. .  On Thursday, June 12th it’s BLOOD ON THE MOON -- which you now know was shot in Sedona – starring Robert Mitchum and directed by Robert Wise.  On Thursday January 19th it’s John Ford’s WAGONMASTER, which stars Harry Carey Jr., Ben Johnson, Ward Bond, and is what would be called today a back-door pilot for WAGON TRAIN.  Thursday, January 26th it’s Henry King’s THE GUNFIGHTER, starring Gregory Peck in what many consider his best Western performance.  And there are more movies in February.  As I look at this excellent selection of films, I’m surprised they didn’t call it ‘The Noir West’, because except for WAGONMASTER, that’s precisely what it is.


At noon the Autry will screen a free (with admission) double bill of Gene’s films.  First it’s IN OLD MONTEREY (Republic 1939).  It’s one of his war-effort films, with Gene as a sergeant, and a plot involving war profiteering.  ON TOP OF OLD SMOKY (1953 ) costarring Smiley Burnette, involves a gambler, an oculist, and a lady with a toll road.  I haven’t seen it, but it sounds like a pip!


The folks who bring you THE BIG VALLEY Monday through Saturday are adding other Western and semi-Western series to their schedule.   LITTLE HOUSE ON THE PRAIRIE will be on seven days a week, DR. QUINN: MEDICINE WOMAN will be on weekdays, and BONANZA will be seen on Saturdays.  Go HERE for details.


The event doesn’t begin until April 19th, but you early-bird types can start buying your tickets starting Tuesday, January 3rd.  It’s not a bad idea, as the separate admission special events always sell out.  Find out more HERE.

This view of the famed burial ground was Facebooked to me, and you can sure feel the heat and taste the dust!  Check it out HERE.


Happy New Year!  I hope all you Round-up Rounders have an exceptional 2012!  Again, to see my listings for regular places to visit, and what’s available on TV and online, scroll down a ways.  I’ve got to post this, and get back to my writing the ‘bible’ for my proposed Western series!