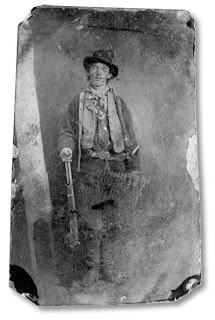 Get your Tivos set, because on Tuesday, January 10th, PBS will premiere a new episode in their excellent AMERICAN EXPERIENCE documentary series.  BILLY THE KID will be the first documentary to run under their THE WILD WEST grouping.  To see a preview/teaser, click HERE.  The following Tuesday, January 17th, another episode will premiere, CUSTER’S LAST STAND.  To see the preview/teaser, click HERE. 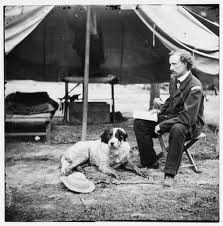 WESTERNS ‘TALL IN THE SADDLE’ AT EASTMAN HOUSE JAN & FEB


Beginning on Thursday, January 5th with THE OX-BOX INCIDENT and continuing for most Thursdays in February, Eastman House in Rochester, New York, will present ‘Tall in the Saddle’, a Western film festival curated by Jack Garner.  Other films to be shown will include HIGH NOON, THE BIG COUNTRY, BLOOD ON THE MOON, WAGON MASTER, THE GUNFIGHTER and Walter Hill’s THE LONG RIDERS.  I’ll have more details soon. 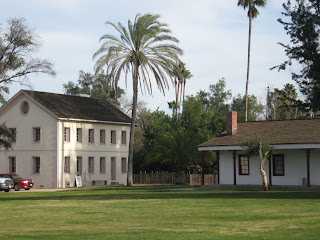 Often known simply as ‘The Duck Park’ or ‘The Duck Pond’, for the natural spring that attracts flocks of varied breeds of ducks, geese and other birds, both migratory and resident, has a history that stretches back centuries.  But it’s a history which may abruptly end, as it is one of seventy State Parks currently slated for closure due to a $22 million cut in the budget for state parks. 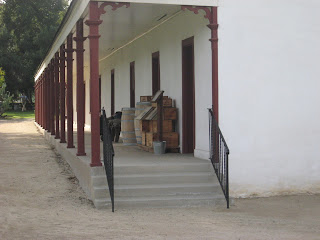 At the corner of Balboa and Ventura Avenues in Encino, an Indian village was for centuries the home of the Tongva, most of whom left around 1797 to relocate at the then new San Fernando Mission.  In 1834, when dissolved the system, three mission Indians were given a 4,400 acre land grant for the Los Encinos area.  The area, eventually the De La Osa Rancho, would become a center of beef-raising with the coming of the Gold Rush, and in fact the two standing adobe buildings were built in 1849.  They were at various times the homes of Spanish families, Basque shepherds, and a busy stage-coach stop when was better known as El Camino Real. 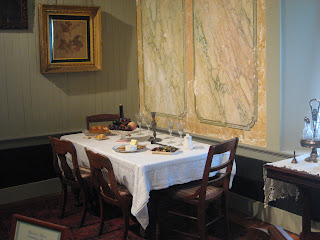 A popular park, famous for their monthly ‘living history’ presentation, Los Encinos is no stranger to strife.  Just weeks after the buildings’ 1994 reopening after an expensive renovation, the Northridge Earthquake hit, closing the buildings for more than another decade.  At brainstorming meetings this month, docents, local residents, business representatives and politicians have to come up with ideas on how to raise the money to save the park.  One clear fact is that it costs about $150,000 a year to operate the park, and the park has turned a paltry $50 profit two years running.  Even to close the park to the public, but maintain it, would cost $15,000 to $30,000 a year. 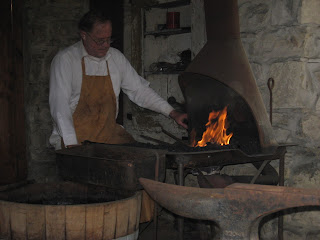 Among the politicians who are trying to help save the place are State Senator Fran Pavley, who describes the park as “a hidden treasure,” and L.A. Councilman Paul Koretz.  Ironically, in the midst of ’s (and ’s) financial woes, L. A. Mayor Antonio Villaraigosa is campaigning to open fifty new parks, and there’s no reason why Los Encinos couldn’t be one of them.  If you’d like to know more, and to help, please visit the docent website HERE. 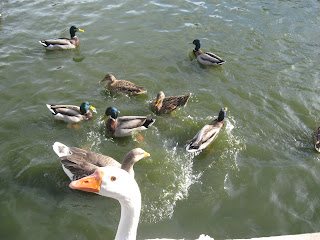 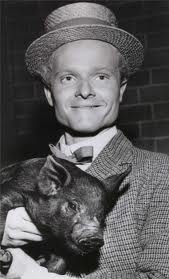 Born in in 1930, the smiling giant of a man played likable bumpkins, and frequently has his casting cancelled by short leading men.  Fearful of being typecast as a 'rube', he moved to to study accents and became a master of accents, coaching everyone from Robert Duvall to Forest Whitaker to John Travolta.

When I had a chance to chat with his last year, he pointed out that among his many Westerns in all media, he played 's brother, Magnus, on GUNSMOKE, first on radio, then TV. It's a great Christmas show, andHERE's the link.  To read about his memories of working at Republic, go HERE. 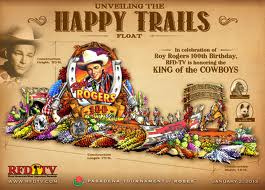 The Annual New Years Day Tournament of Roses Parade in will feature anRFD-TV-sponsored float honoring the 100th birthday of the King Of The Cowboys, Roy Rogers! And though they’ve been gone longer than , riding the float will be Trigger, the smartest horse in the movies, and ’s wonder-dog, Bullet! The artfully taxidermied pair has been touring the country, making public appearances, for about a year, since network owner Patrick Gottsch purchased the dynamic duo at the big Roy Rogers Estate Auction. RFD-TV shows an episode of theRoy Rogers Show every Sunday, and a Roy Rogers movie every Tuesday, with repeats. .