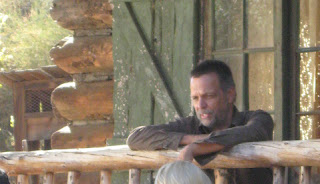 Several notable new names have been added to the already impressive cast of Quentin Tarantino’s stateside spaghetti-fest.  James Russo, whose current Western YELLOW ROCK is making the festival circuit, will play Dicky Speck, opposite James Remar as his brother Ace Speck.  Remar plays Harry Morgan on DEXTER, and has done a number of Westerns, including playing the young WINDWALKER (who grows up to be Trevor Howard), and two for Walter Hill, LONG RIDERS and WILD BILL. 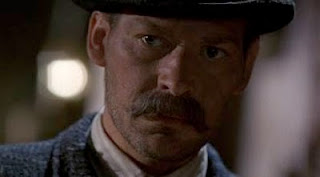 
Actor/writer/comedian and general madman Sacha Baron Cohen will play Scotty.  Cohen is best known for his outrageous BORAT and ALI G characters.   WITHOUT A TRACE star Anthony LaPaglia will portray .  Tom Savini, famed horror make-up specialist who now spends most of his time in front of the camera, will play Ellis Brittle.  Todd Allen, whose Western credits include SILVERADO and BROKEN TRAIL will play Frank Fish.  Tom Wopat, best known as Luke Duke from THE DUKES OF HAZZARD, will play Marshall Gill Tatum.  In addition to small and big-screen work – including the recent JONAH HEX – Wopat has also done a good deal of Broadway, and was Tony-nominated for his performance as Frank Butler in a revival of ANNIE GET YOUR GUN. 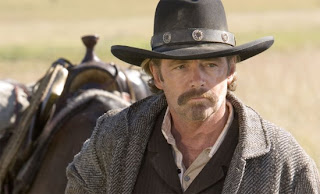 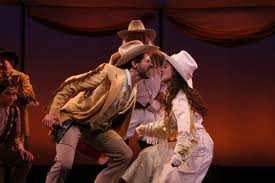 Tom Wopat and Bernadette Peters in ANNIE GET YOUR GUN 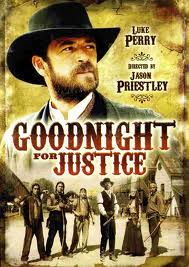 The second film in the Hallmark Movie Channel’s GOODNIGHT FOR JUSTICE franchise airs late this month, and the third is already before the cameras.  In case this one has slipped below your radar, the films star Luke Perry as John Goodnight, a circuit judge travelling the old West.  The first film, GOODNIGHT FOR JUSTICE, which costarred Lara Glichrist and Tom Butler, was shot in in 2011 and directed by Perry’s 90210 costar Jason Priestly, at least in part because they needed a Canadian to direct for tax reasons. 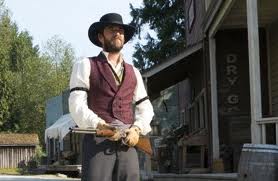 This first one will be aired again on January 14th, and the 2nd in the series, GOODNIGHT FOR JUSTICE: THE MEASURE OF A MAN, will play on January 28th.   This time Perry’s co-stars are Stefanie von Pfetten and Cameron Bright.  The third entry in the franchise, GOODNIGHT FOR JUSTICE: QUEEN OF HEARTS, will co-star Perry with Rick Schroeder, of LONESOME DOVE fame.  The series is created and co-exec produced by Perry, and written by Tippi and Neal Dobrofsky – Neal produced BRONCO BILLY and WANDA NEVADA.  To see a trailer, go HERE. 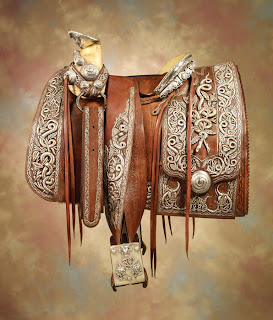 One of the highlights of the HIGH NOON 22ND ANNUAL WESTERN ANTIQUE SHOW AND AUCTION, to be held in , will be the auctioning of Mexican Revolutionary Pancho Villa’s last saddle.  As you can see from the pictures, it’s covered in silver-wrapped threads and boldly-domed conchos.  The estimate is from $150,000 to $250,000.  (Oddly enough, my wife and I both have family connections to Villa.  My grandfather and namesake rode with General Blackjack Pershing when he pushed Villa back to his side of the border from . My wife’s great-grandfather was a reporter who traveled with Villa and covered his exploits for American newspapers.) 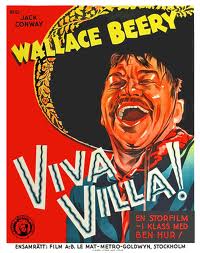 The provenance is as novel as the man who possessed it.  It was given by Villa’s widow (the one of his eight wives he was actually married to) to director Howard Hawks, in recognition of his work during the making of VIVA VILLA (MGM 1934), which was filmed in Mexico.  And before you correct me, I don’t mean it was given to Jack Conway: he was the credited director on that wonderful film, but Hawks did uncredited work both in direction and on the script.  Though Wallace Beery, who plays Villa, bears no great resemblance to the man, it’s one the finest performances by one of the most disliked actors in .  Among the legendary problems surrounding the production, Lee Tracy, as the reporter following Villa, had to be hurriedly smuggled out of the country and replaced by Stuart Erwin.  Reportedly, , awakened from a hangover by noise outside his hotel, staggered to the balcony and urinated from it, onto a passing military parade!

Next week I’ll have more about other items up for auction, including beautiful Indian art, and Montie ’s spurs.  In the meantime, you can read more about them HERE. 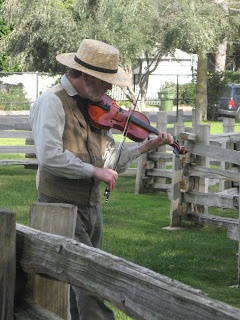 Regulars Rounders will recall that on December 26th I wrote that unless some new source of funding was found, historic , which costs $150,000 annually to operate, would be closing.  On Friday morning it was announced that an anonymous donor had contributed $150,000 to keep the Park open for another year!  Nothing about the Good Samaritan was revealed beyond the fact that they were located in the . 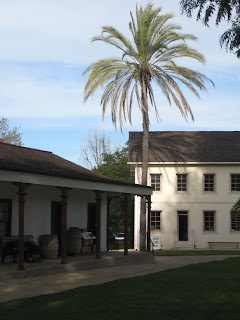 It would make a good film location, wouldn't it? 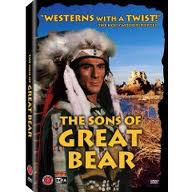 If you’ll be in this month, check out the RED WESTERN FILM FESTIVAL at the Danish National Cinematheque, January 4ththrough the 28th. I've never seen any communist-produced Westerns except the very funny LEMONADE JOE, but I understand they're the Bizarro West, where individuals are useless, and only communities succeed! You can learn more at the excellent Westerns…All Italiana site HERE. 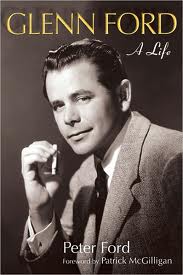 At 7:30 pm on Wednesday, January 11th, Glenn Ford’s son Peter Ford will host GLENN FORD: A LIFE.  In dramas, comedies, westerns, and film noirs, Glenn Ford was for decades one of ’s great leading men -- you can read my review of Peter’s fascinating biography of his father HERE.  There will be a video presentation, followed by a Q&A and a book signing.  Admission is $5 for members, $10 for non-members.  Peter tells me he has three large cases of personal items from the family archive on display in the lobby.  And if you’ve never been to the DeMille Barn, ’s first studio, where THE SQUAW MAN, the first western feature made in was shot, it’s a perfect opportunity.  To learn more, go HERE. 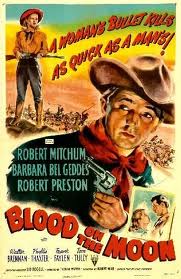 TV WESTERNS ALL OVER THE DIAL!


More and more, classic TV Westerns are available all over the TV universe, but they tend to be on small networks that are easy to miss. Of course, ENCORE WESTERNS is the best continuous source of such programming, and has been for years. Currently they run  LAWMAN, WAGON TRAIN, HAVE GUN WILL TRAVEL, , RAWHIDE, GUNSMOKE and MARSHALL DILLON, which is the syndication title for the original half-hour GUNSMOKE.  Incidentally, I see on Facebook that a lot of watchers are mad as Hell at losing and THE VIRGINIAN.


RFD-TV is currently showing THE ROY ROGERS SHOW, first at 9:30 a.m. Sunday, Pacific Time, then repeated several times a week.  They show a feature every Tuesday as well, with repeats -- check your local listings.


TVLAND has dropped GUNSMOKE after all these years, but still shows four episodes of BONANZA every weekday.


GEB is largely a religious-programming cable outlet that runs at least one Western on Saturdays – the ones I’ve caught have been public domain Roy Rogers and John Wayne pictures – and sometimes have weekday afternoon movies as well.


For those of you who watch TV with an antenna, there are at least a couple of channels that exist between the standard numbers – largely unavailable on cable or satellite systems – that provide Western fare. ANTENNA TV is currently running RIN TIN TIN, CIRCUS BOY, HERE COME THE BRIDES, and IRON HORSE.


Another ‘in between’ outfit, ME-TV, which stands for Memorable Entertainment TV, runs a wide collection: BIG VALLEY, BONANZA, BRANDED, DANIEL BOONE, GUNS OF WILL SONNETT, GUNSMOKE, MARSHALL DILLON, RAWHIDE, THE RIFLEMAN, and WILD WILD WEST. Some of these channels are hard to track down, but if they show what you’ve been missing, it’s worth the search.


And for those of you on the other side of the pond, our British correspondent Nilton Hargrave tells me CBS ACTION has begun showing GUNSMOKE.


That’s it for this week!  Hey, did you check out Trigger and Bullet and Roy and Dale’s son and grandson in the Tournament of Roses Parade?  They did themselves proud, as did the good folks at RFD-TV!  I’m going to post this Round-up now, and go watch the Roy Rogers Show episode I recorded from RFD this morning!