GENTLEMEN, WHAT AM I OFFERED? 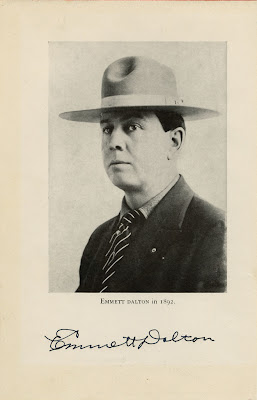 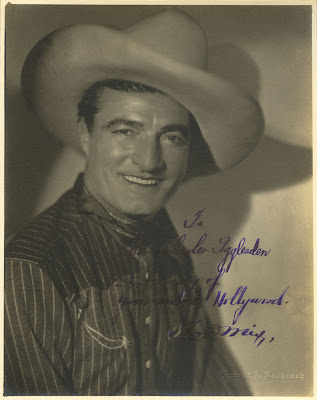 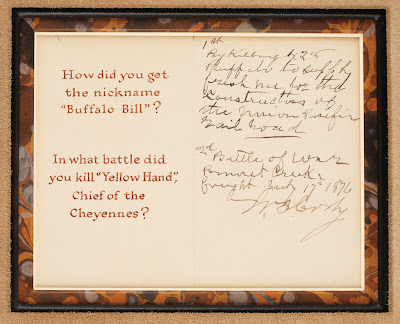 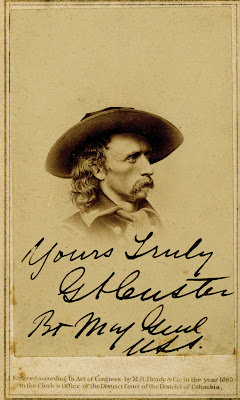 Profiles In History, the auction house that specializes in show-biz memorabilia, will be holding HOLLYWOOD AUCTION 40 on July 10th, 11th and 12th. While most items are movie or music-related, there are some mighty interesting western items offered. As you can see above, there is lot #219, a written question and answer page from Buffalo Bill Cody, #221, a Carte de Viste of and signed by George Armstrong Custer, photographed by Matthew Brady, #150, a signed picture of Tom Mix – one of thirty-five pictures in the lot, and #220 a signed picture of Emmett Dalton. My favorite is the last, in that the auction catalogue describes him as a “lawman,” kinda like describing John Wilkes Booth as an “actor.” To see the whole catalogue online, CLICK HERE.

Adam Beach, the American Indian actor who played Ira Hayes in Clint Eastwood’s FLAGS OF OUR FATHERS (2007), and whose many credits include the excellent SMOKE SIGNALS (1998), the character Blue Duck COMANCHE MOON (2008), and a continuing role in this season’s BIG LOVE, will join Daniel Craig, Harrison Ford, Olivia Wilde, Sam Rockwell and Wes Studi in DreamWorks’ production of COWBOYS AND ALIENS, directed by Jon Favreau and written by Alex Kurtzman, Roberto Orci and Damon Lindelof. The comic-book derived tale revolves around the town of Absolution, in 1973, in the Arizona Territory. Jake (Craig), the amnesiac who wanders into town, finds the people crushed under the heel of iron-fisted Colonel Dolarhyde (Ford). Beach will portray Nat Colorado, a half-Apache who works for Dolarhyde. The film is shooting this summer, with a release on July 29, 2011.

To read my review of The Good, The Bad and The Weird, check out May 9th's entry. It's currently playing at the Main Arts Theatre in Royal Oak, MI.

Check out your cable system for WHT, which stands for World Harvest Television. It's a religious network that runs a lot of good western programming. Your times may vary, depending on where you live, but weekdays in Los Angeles they run THE LONE RANGER at 1:30 p.m., and two episodes of THE RIFLEMAN from 2:00 to 3:00 p.m.. On Saturdays at 2:00 p.m. it's THE RIFLEMAN again, followed at 2:30 by BAT MASTERSON. And unlike many stations in the re-run business, they run the shows in the original airing order. There's an afternoon movie on weekdays at noon, often a western, and they show western films on the weekend, but the schedule is sporadic.
More stuff is coming as the day progresses!