‘EL PURO’ TO BE RESURRECTED! 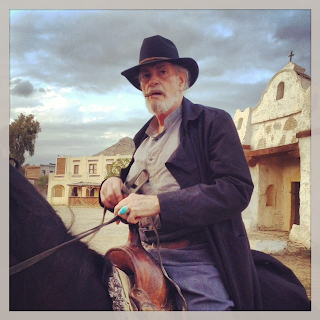 The gang at Chip Baker Films is at it again!  Major movers and shakers in the Euro-Western world, last year’s Almeria Western Film Festival led directly to their making of SIX BULLETS TO HELL (read my coverage HERE  ) immediately before this year’s festival, in the famous Tabernas  and Almeria locations and sets.  Immediately after this year’s Festival, maybe a month ago, Chip Baker Films announced they’d soon be filming REVEREND COLT, a Neo-Spaghetti Western, also shot at the classic Spanish locations, and starring villainous western icon James Russo (if you missed that article, go HERE ) .

Now Chip Baker and Unity International Films have put another western into pre-production, EL PURO RESURRECTED, headlining the original El Puro, Euro-Western star Robert Woods (if you missed my interview with Robert, go HERE ).  Made in 1969, EL PURO, directed by Edoardo Mulargia, is known in Italy as LA TAGLIA E TUA…L’UOMO L’AMMAZZO IO.  It was one of Wood’s most popular films in Europe, though perhaps not as well known stateside.  I had seen a short trailer for EL PURO RESURRECTED posted during the festival, and added it to the Round-up Facebook page, but assumed that it was just Woods and company having fun on the great locations.  You can see the trailer below.

It turns out that I was right, initially, but then things took off.  A Chip Baker exec told me, “We did that trailer originally just for fun,” but then people started getting interested, and it seemed like a good idea after all.

So the pretend trailer is growing into a real movie, and star Robert Woods couldn’t be happier.  When I spoke with him on Friday, he’d just come back from stirring up interest in the project at L.A.’s American Film Market.  He told me, “They asked me to do this trailer, and then they sent me a script.  It looks like it’s going to turn out really well.  And it’s an exact sequel to EL PURO.  It looks like I get killed in the end of that, but you don’t really know.  So we’re starting out with a revisit to that last scene.  It’s all in dusk and twilight, so you don’t see who it is, which man is El Puro.  One man buries the other in a grave, fashions a cross of stones, puts his holster and his guns there, and his holster is embossed ‘E.P.’  And as he rides off to Allesandroni’s music – I love him, love that we have his music – he turns back and says, ‘Now El Puro is dead.’  Thirty years later, he shows up in a bar.  But he’s removed from that life.  Then he beats a kid in a gunfight,” and that triggers EL PURO RESURRECTED’s story.  “All Hell breaks loose, and it’s like HIGH NOON from then on.  It’s great fun – it really is.  And it’s not gratuitous; it’s got some thought behind it.

“The original script lends itself so well to doing a sequel.  It just fits.  And Leone’s village, it’s gorgeous.  You can do interiors, exteriors; it’s such a cool place to shoot.  You get cameras, armaments, stagecoaches, wagons, horses – whatever you want, it’s all there. ”

Joining Woods will be several actors familiar to Spaghetti Western fans: Antonio Mayans, of A TOWN
CALLED HELL and MORE DOLLARS FOR THE MACGREGORS; Nicoletta Machiavelli, of NAVAJO JOE and THE HILLS RUN RED, and Simone Blondell, who co-starred with Robert Woods in PRAY TO GOD AND DIG YOUR GRAVE (1968), also directed by Mulagria, and HIS NAME WAS SAM WALBASH, BUT THEY CALL HIM AMEN (aka SAVAGE GUNS). 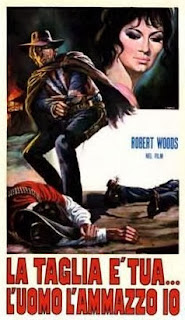 The link to the official Facebook page in HERE .  I’m sure I’ll have more information as they get closer to rolling camera, but to get you up to speed in the meantime, below is the entire original EL PURO.  Enjoy! 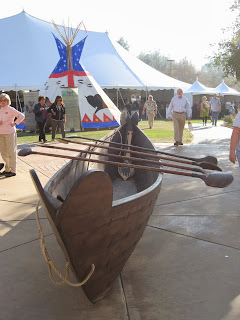 On Saturday and Sunday, November 9th and 10th, the Autry welcomed more than 180 American Indian artists to what has become the largest Annual American Indian Marketplace in Southern California.   Over forty tribes from across the United States, as well as Canada and Mexico, were represented. 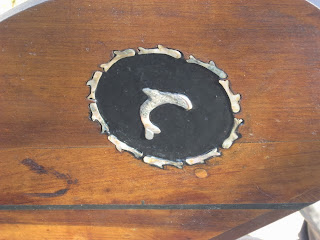 Mother-of-pearl inlay from boat, above

This event has gotten larger and better attended with each passing year, and on Saturday the 26,000 square foot tent was comfortably full, with thousands of visitors.  In addition to the art displayed and offered for sale, there were dance and music performances in the indoor Autry courtyard, artist demonstrations including jewelry-making, weaving, basket-weaving, soapstone carving, mask-making, gourd art, and glass blowing.  The longest line by far was for Auntie’s Frybread Kitchen. 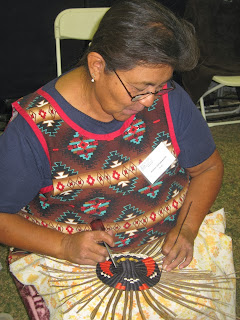 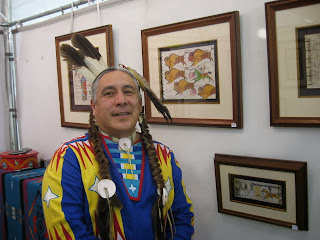 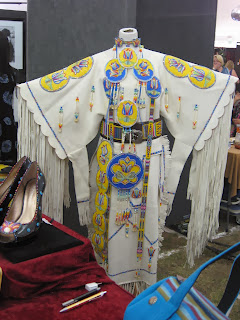 I had the chance to speak stunt man and actor Michael Horse – Tonto in 1984’s LEGEND OF THE LONE RANGER.  In addition to his acting career, he’s a talented and respected artist whose works have been exhibited at the Smithsonian.  Look for an interview with Michael in the Round-up, in the near future. 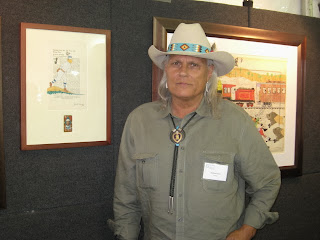 Michael Horse with his art - Yaqui

On my way to the frybread line I ran into Zahn McClarnon, who stars on LONGMIRE as the untrusting Tribal Policeman Officer Mathias.  One of the stars of INTO THE WEST and YELLOW ROCK, next year he will be seen in the new Sundance Channel series THE RED ROAD.  Zahn was with Patrick Shining Elk, who has stunted in LAST SAMURAI, HIDALGO and THE ALAMO, and recently acted in LA MISSION. 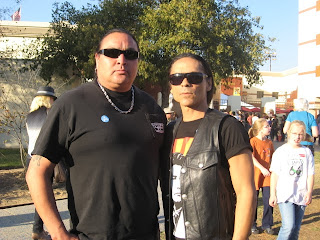 Tom McKay, who played Jim McCoy in the award-winning History Channel miniseries, is suing over permanent injuries he claims he received during the making of the Romania-lensed film.  According to Deadline: Hollywood, McKay alleges, “…defendants… intentionally misrepresented to Plaintiff that their horses were safe, well behaved, and were suitable for riding by Plaintiff.”  McKay claims he was injured when, “…the subject horse became uncontrollable again during filming of a scene, bolted, and subsequently threw Plaintiff into a tree, resulting in serious and permanent injuries and harm to Plaintiff.”  McKay is currently starring the BBC / STARZ series THE WHITE QUEEN.

‘JANE’ producers are suing the celebrated WE NEED TO TALK ABOUT KEVIN director who famously walked off JANE in March, the weekend it was supposed to roll camera.  According to Deadline: Hollywood, the producers are seeking the return of $90,000 she was paid to direct the film, $50,000 she was paid to rewrite the script – neither job being completed, according to suit, and $750,000 The William Morris Agency is holding in escrow.  They further want $500,000 in damages.  In a 44 page filing, the producers claim Ramsay was “…repeatedly under the influence of alcohol, was abusive to members of the cast and crew and was generally disruptive.”

After a brief production shutdown, ‘JANE’ was directed by WARRIOR helmer Gavin O’Connor.  Natalie Portman, the star and a producer of the film, is not a party to the suit.  Ramsay representatives responded that although Ms. Ramsay has not yet seen the suit, the claims in the news stories, “…are simply false.”

Written and directed by Cyril Morin, the drama is set against the 1973 Wounded Knee uprising, and stars Chadwick Brown, Michael Spears, Circus-Szalewski, Alen Von Stroheim and Henry LeBlanc.  It shows at 8 p.m. at the Laemmle Noho 7, as part of the San Fernando Valley Film Festival.

That’s it for this week.  Most of us have Monday off because it is Veteran’s Day.  It’s not just a three-day weekend; it’s an opportunity to thank the men and women who have kept us free and safe at great personal risk and cost.

Time flies.  When I was a kid, everyone’s granddad had been in World War One, and everyone’s dad had been in World War Two.  Now, there is not even one veteran of The Great War left alive.  The ranks of World War II vets shrink greatly with each passing day.  Those who fought in Korea and Vietnam are showing their age.  Make the time, make a point, to thank them now.  I know how glad I am that I thanked my dad while there was time.  Because of  them, we have all the blessings in the world; but we don’t have all the time in the world.