‘HELL ON WHEELS 3’ HITS THE BRAKES: NO TRACK! 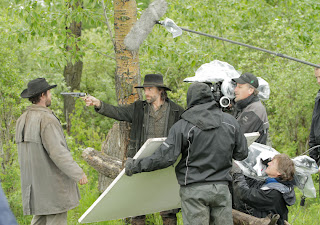 Season 3 of HELL ON WHEELS is on hold for the moment, because there’s no engineer in the locomotive.  While the show was renewed by AMC for a ten episode third season, the contracts of creators/writers/producers Joe and Tony Gayton have not been renewed.  There is some talk that they may be back to consult. 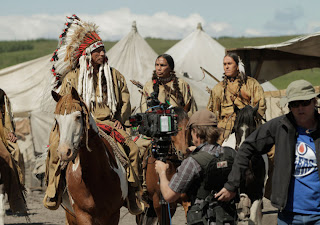 John Shiban, a writer and producer who made his bones on X-FILES, and this season wrote four HELL ON WHEELS episodes, and exec produced the entire season, was announced as show-runner, but less than a week later bowed out.  AMC notes that all of their series renewals are conditioned on their approval of the show-runner, so the start will be delayed unless and until a suitable replacement is found.  Stand by for details as they become available.

There are no such problems for the nearly-westerns that have proliferated around the dial.  JUSTIFIED returns to FX with season four on Tuesday, January 17th.   LONGMIRE will be back on A&E next year for a second season.  COPPER will be coming back to BBC America with an expanded season two – thirteen episodes instead of ten.  There was talk of a possible HATFIELDS & MCCOYS II, but it’s unlikely, since everyone’s dead.

There are two new series heading our way which, while not technically Westerns, should be of interest to many Western fans.  One of them, GHOST TOWN GOLD, actually premiered on Discovery Channel this past Thursday, and will play for five more Thursdays.  It’s a reality show of the Pawn/Storage/Pickers/Diggers variety, following a pair of ‘present-day explorers,’ Brit Eaton and Scott Glaves, as they travel the Old West, hunting through ghost town in search of treasure.

If you’ve watched this genre of show, you know they run the gamut from the highly entertaining to the painfully forced.  My one ‘negative’ about this kind of show is that I’ve known enough people who’ve worked on them to know that when not enough great stuff is found in the storage locker or brought to the hock shop, great stuff is planted.  This often gives the unsophisticated viewer the impression that striking it rich is much easier than it is.  I would hate to see such a show lead to ghost towns being plundered. 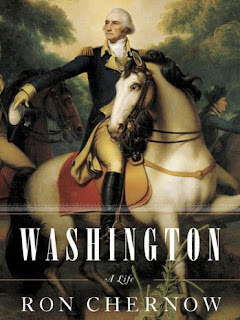 NBC is developing a drama about the life of our first president based on the Pulitzer Prize-winning New York Times bestseller : A LIFE, by Ron Chernow.  It’s to be produced by the Oscar-winning director of RAIN MAN, Barry Levinson.  Levinson, who has a long string of impressive film and TV credits, going back to writing the CAROL BURNETT SHOW, is currently exec producer of BBC America’s COPPER.

GEORGE WASHINGTON, as the project is currently titled, is to be scripted by David Seidler, who earned an Oscar last year for his excellent THE KING’S SPEECH screenplay.  Other producers involved are Gareth Neame of DOWNTON ABBEY, Jason Sosnoff and Tom Fontana.

Apparently it’s not going to be about chopping down cherry trees.  Seidler says, "There's George Washington the national icon, gazing out from the dollar bill with his mouthful of supposedly wooden teeth, and then there's the George Washington who had an adulterous affair with his best friend's wife.  The George Washington obsessed with social status, finely tailored clothes, his image. Not an icon, a very human human being, who learned how to lead. That’s the man I want to understand.”

Levinson concurs, “What’s so interesting is here was a man who was more instrumental to what our country is today and more famous than any other figure in our history, and yet no one knows anything about him. We know the myth of the man, but the reality was he was a flawed and troubled character who overcame his flaws to become one of the foremost leaders of this nation.”  Recalling the tremendous success of the JOHN ADAMS miniseries a couple of seasons back, this could be a big one.

The in Sylmar is the second oldest cemetery in the .  A victim of neglect and vandalism in the 1960s and 1970s, it’s now managed by the San Fernando Valley Historical Society, and fixing it up has been an on-going project.  (If you didn’t read my piece about the SFVHS last July, you can read it HERE .)

Happily, the cemetery has recently been filmed twice for a pair of reality spook shows, MY GHOST STORY, which runs on Biography, and a new series, GHOST GIRLS, which premieres in January.  Amazingly, GHOST GIRLS is a production of the American Mutoscope and Biograph Company, which was D. W. Griffith’s old outfit!  The MY GHOST STORY segment will air the day after Thanksgiving, November 23rd.  They’re running two episodes in a row, and I don’t know which it is, but you may want to check it out on Biography.

6TH SKINS FEST AT THE AUTRY

Today was the final day of the L.A. Skins Fest, which highlights Native American Filmmakers.  More than 100 films have been featured in their programs since the event began.  A mix of features and shorts, dramas, comedies and documentaries were screened.  Saturday afternoon’s student films program was hosted by Zahn McClarnon, one of the stars of LONGMIRE.  A program later that day featured films from the Skins Film Workshop in , by members of the Amazigh, an Indigenous tribe of . 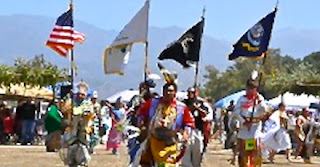 from the Native American in Film program


The program I attended this afternoon featured a wide range of short films.  Among the most effective were a pair of comedies, , directed by Carrie Madariaga, and RUGGED GUY, written and directed by Jason Asenap, about a young filmmaker who wants to collaborate on a film with a favorite writer who is a nightmare to deal with.  Also striking is the black & white RED GIRL’S REASONING, from Elle-Maija Tailfeathers, about a beautiful chopper-riding Indian woman in the revenge business.   It would be very interesting to see what these folks would do with a feature budget. 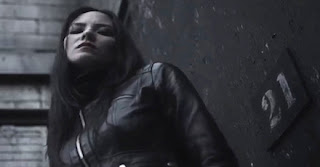 , in , a core of the spaghetti western world, was just the location for the Almeria Western Film Festival. But it also remains a very active shooting location, and this summer the BBC sent their DR. WHO crew to to shoot A TOWN CALLED MERCY. In this episode, Matt Smith, as Dr. Who, becomes the reluctant sheriff of a Western town which is under siege by a cyborg. It’s airing on BBC America on Monday, November 19th, check your local time.


That’s it for another Round-up!  Happy Thanksgiving!  Does anyone know of any good Thanksgiving-themed Westerns?  It seems to me that there must be a few, but I’m coming up empty.  If you can think of any, shoot us a line!

Happy Trails, and hope you get a drumstick,