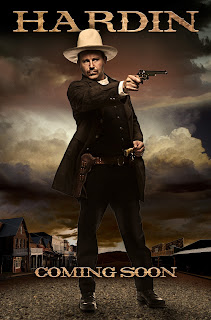 Outlaw-turned-lawyer John Wesley Hardin is one of the most fabled characters of the Old West, and has been portrayed, on big-screen and small, by actors as talented and varied as Randy Quaid, Jack Elam, Charles Bronson, John Dehner, Neville Brand, James Griffith, Scott Marlowe, Richard Boone, Richard Webb, Rock Hudson, and Lash LaRue.  But he’s never been the lead character – it’s never been Hardin’s own story.  But that is about to change.  Partners Miguel Corona, Justin Ament, and Larry Zeug have announced HARDIN, their biographical film of the notorious badman. 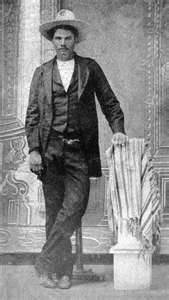 Miguel, whose company is Southwest Pistolero Productions, tells me, “Larry wrote the script, I pulled the team together, and Justin is the one who is getting us our financing.  We’re working together.  Larry’s in , I’m in , and Justin’s in .  We’re buddies; we’ve all worked on films together in the past.  Last time, Justin had a movie called SHADOWHEART (2009).  Larry and I were actors in that film.  Now we’ve come up with our own film between the three of us.” 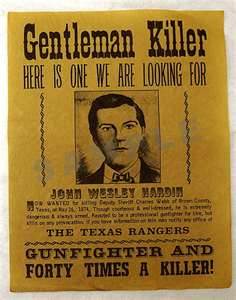 “Where we plan to shoot is , hopefully in or near Brackettville.  Larry has already been in touch with the Texas Film Commission, researching possible locations.  Because John Wesley Hardin was a son of .  We’re going to do a historically accurate film.  The script is accurate, the guns are accurate, the wardrobe will be accurate.


“He killed more men in the Old West than Billy the Kid, Wild Bill Hickok and Doc Holliday put together.  He killed forty or more men.  Nobody else has a record like that, and yet no one has told his story.  We’re telling his whole life story, from when he was small, up until the end. 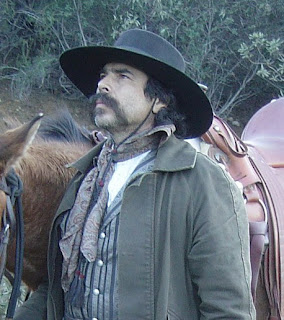 “Larry did two or three years of research, and (based) a lot of it on Hardin’s own autobiography.  We’re really excited.  We hope to shoot sometime next year.  There’s not much more to tell you right now: it’s early in the production.”  I’ll be keeping in touch with Miguel, and keeping the Round-up informed. 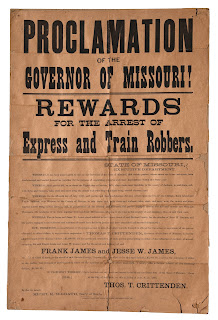 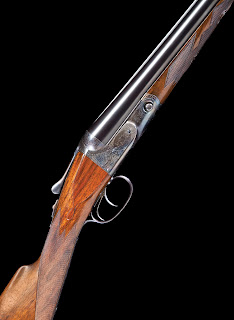 Once again, Brian Lebel’s Old West Show and Auction astonishes, with their amazing collection of art, artifacts and weaponry of the old west.  For Western movie fans, there are posters from Col. Tim McCoy’s movies and Wild West shows; hats of Tom Mix, John Wayne and Hoot Gibson; and costumes of Roy Rogers and Dale Evans.  For lovers of real-west paper ephemera there’s an arrest warrant signed by Pat Garrett; an autograph of bank-robber Emmett Dalton; and on a single slip of paper, signatures of lawman Bat Masterson and bandit Al Jennings. 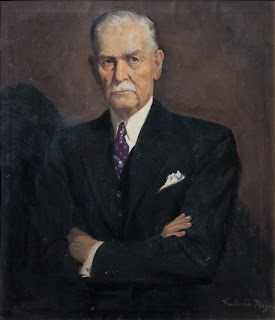 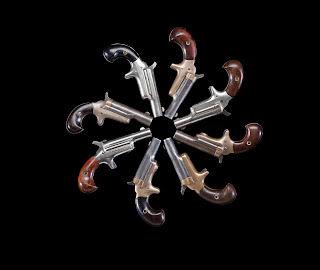 There’s a ‘wanted’ dodger for Jesse and Frank James that I particularly covet, because it looks nothing like the fake wanted posters we used to see in the movies and on TV.  There is one of Zane Grey’s own photo albums; a collection of Pawnee Bill ephemera; and pages of Buffalo Bill Cody items.  There are weapons remarkable for who owned them; others remarkable for their rarity and beauty; and oddly enough, ‘relic’ guns valued for their degree of corrosion.  There’s a striking portrait of Wyatt Earp by Frederic Mizen, probably commissioned for ’s celebrated bio.  There’s even a drawing, by White Bull, of the killing of Custer, notable because, not only was White Bull there, he is thought by many to be the man who did the deed.  With over 400 lots, I can only whet your appetite.  To see the entire catalog online, and to bid, go HERE: http://www.denveroldwest.com/index.html.  While the auction is Saturday, the show is Friday through Sunday. 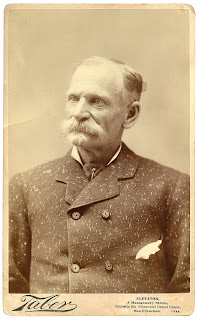 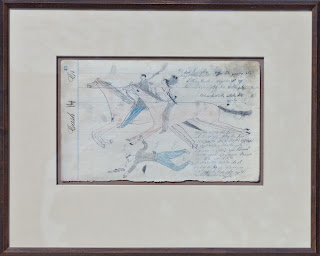 HATFIELDS VS. MCCOYS ROUND THREE HEADS TO NBC!


Just in case you watched Fred Olen Ray’s BAD BLOOD: HATFIELDS & MCCOYS, then watched Kevin Costner in the History Channel’s HATFIELDS & MCCOYS mini-series, and said to yourself, “What I need is more Hatfields and McCoys,” you’re in luck!  NBC has announced that they’ve acquired an H&M project from ABC, which will be produced by actress Charlize Theron, with EAGLE EYE writer John Glenn set to script.


This disappointing news is that (a) it will be not a period story, but a contemporary one, and (b) Charlize Theron, who has previously produced several movies, including her Oscar-winner MONSTER, is not, for now, set to appear in it.  Isn’t it time Charlize Theron did a Western? 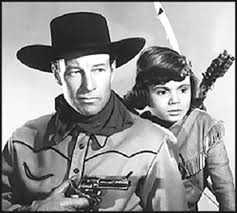 Robert Blake, who first gained attention as Mickey Gubitosi in the MGM Our Gang comedies, then fame as Little Beaver in Republic’s Red Ryder film series, and as an adult starred in IN COLD BLOOD and the BARETTA series, will be attending the Hollywood Show at the Burbank Airport Marriott Hotel & Convention Center on August 3rd-5th.   Blake, who has kept a generally low profile since his acquittal for the murder of his wife, did show up unannounced at the Republic Pictures 75th Anniversary celebration.  In February of 2011, he attended the Hollywood Show, and signed autographs for free.  This caused delight to the fans, and consternation among some stars who were there to sell their autographs, and Blake was eventually forced out by security! 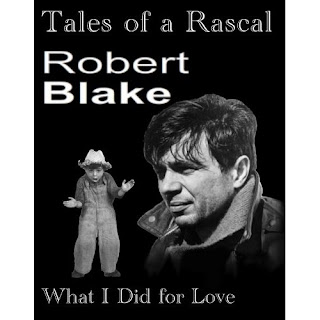 This time he will be signing his new book, TALES OF A RASCAL, WHAT I DID FOR LOVE.  Priced at $25, it’s self-published, and while I haven’t seen any professional reviews yet, all six reader-reviews posted on Amazon are overwhelmingly enthusiastic.  Other stars attending the show who will be of interest to Western fans include Walt Disney’s Elfago Baca (and star of my film, SPEEDTRAP) Robert Loggia, DALLAS and TRIGGER FAST star Christopher Atkins, CAT BALLOU star Michael Callan, and MY NAME IS NOBODY and DALLAS star Steve Kanaly. 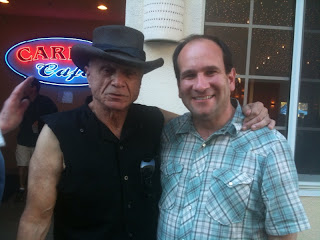 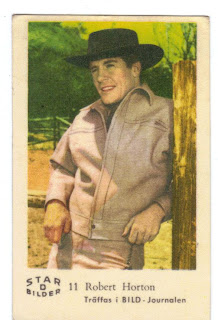 Robert Horton played Flint McCullough in 187 episodes of WAGON TRAIN, starred in the Western mystery series A MAN CALLED SHENANDOAH, and has appeared in dozens of movies and TV shows.  As a kid I always was happy when WAGON TRAIN focused on , and I feel the same way today when I catch the show on Encore Westerns.  He’s an excellent actor, from Westerns to sci-fi to romance.


Oren Truitt put a notice up on the Wild West History Association Facebook page, which I wanted to share.  “Robert Horton’s name has been listed for consideration for the next Cowboy Hall of Fame award.  All the proper papers have been file.  We now need to send letters encouraging the committee to finally make this award, long deserved, and long delayed.


“Please write to: The National Cowboy and , .  Letters are more effective than emails in this case.


“Bob deserves this award for his iconic role as Flint McCullough in WAGON TRAIN, A MAN CALLED SHENANDOAH and his other roles in Westerns.  He has been an avid supporter of the Western genre and has received several awards for his contribution to Western films, and the ideals of a true Westerner.


“Let’s do this for Bob.  He is now 87.  Let’s not wait until it is too late for him to know how much we appreciate his contributions.”


I think this is a great idea, and I urge you to write a letter, and to pass this on to your friends who might do the same. 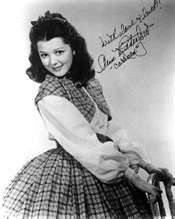 The brunette with the huge, innocent eyes, who gained fame as Scarlett O’Hara’s youngest sister in GONE WITH THE WIND, has died.  Loved as Mickey Rooney’s love interest, Polly Benedict, in the ANDY HARDY films, and as Red Skelton’s girlfriend in the WHISTLING comedy series (which are delightful, by the way), she is also well-remembered as a favorite leading lady to Gene Autry, in THE SINGING VAGABOND, MELODY TRAIL, COMIN’ ROUND THE MOUNTAIN and PUBLIC COWBOY #1.  She also costarred with a very young John Wayne three times, in THE LONELY TRAIL, THE OREGON TRAIL, and THE LAWLESS NINETIES.  She took particular pride in being the only actress Gene ever kissed in a movie.  "I was Gene Autry's first leading lady and the only one he ever kissed.  After that, he kissed his horse."

That's about all for the Round-up.  Next week I'll feature details on the upcomng BBC America series COPPER, and reviews of two books by Peter Sherayko.