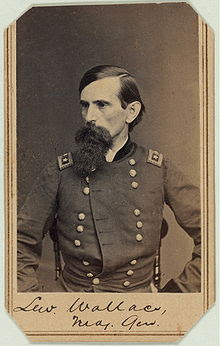 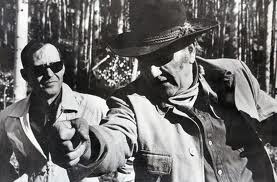 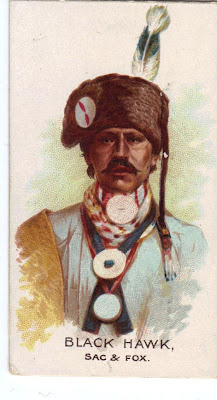 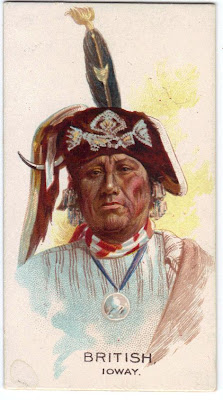 While in California, outgoing Gov. Arnold Schwarzenegger continues a long national tradition of disgracing himself by chopping up murderers’ sentences, New Mexico’s outgoing Gov. Bill Richardson broke with tradition and refused to pardon a killer who’s been dead since July 14, 1881. Henry McCarty, alias William H. Bonney, alias Billy The Kid, was the subject of a campaign by his descendants to have his legal slate wiped clean, a move vigorously opposed by the descendants of both Sheriff Pat Garrett, who killed him, and then New Mexico Territorial Governor Lew Wallace.

Governor Wallace was a fascinating man, a Union General who was part of military commissions who tried and convicted the Lincoln Assassination conspirators, and the court-martial of Henry Wirz, commandant of the infamous Andersonville prison camp. He was Governor of New Mexico from 1878 to 1881, U. S. Minister to the Ottoman Empire from 1881 to 1885, and still managed to find time to author the best-selling novel Ben Hur.

The case for a pardon of Billy came from an alleged deal between the Governor and the bandit, wherein the Kid would testify against his co-conspirators in the Lincoln County War, and in return, Billy would be let off "scot free with a pardon in [his] pocket for all [his] misdeeds." But no proof of this deal’s existence could be found, in spite of the fact that they exchanged numerous letters, and Wallace, in arranging a meeting, did write, “I have authority to exempt you from prosecution if you will testify to what you know.” On December 31, 2010, Richardson rejected the pardon request, citing a "lack of conclusiveness and the historical ambiguity" over Wallace's actions. “I could not rewrite history.”

While we may never know the truth about any secret deals between a ruthless killer and a heroic governor, what we know positively is that Billy the Kid turned rat against his pals in the Lincoln County War to get clemency. Call me old fashioned, but I’d say that’s reason enough to shoot him. What do you think?

On Sunday night I checked my totals and found that in the less than a year that this site has been in existence, we have had more than 10,000 visits! Thanks to all of you – it’s nice to know I’m not muttering to myself like Gabby Hayes (actually he was usually talking to his mule).

The Coen brother’s remake has taken in $86,670,382 since its December 22nd opening, easily making back its $35,000,000 budget, placing it in #2 position, following only Little Fockers, which cost, unbelievably, $100,000,000 to perpetrate. I was personally delighted with True Grit. I thought Roger Deakin’s camerawork was beautiful, the art direction, set and costume design were first rate, and casting and performances were terrific. The Coen’s direction was fine, and in their script they wisely followed the Portis novel closely in both plot and dialogue.

My only complaint is purely about public relations. I’m sick of people remaking a great movie, which the John Wayne/Henry Hathaway clearly is, and spouting a bunch of nonsense about how the original movie was so-so because it didn’t follow the novel, but the new one will follow it much more closely and be much better. Aside from Hailee Steinfeld, who is much closer to the age of Mattie Ross in the book than Kim Darby was, both films stick so closely to the novel that you could watch them, alternating reels from each version, and have no trouble following the story. Please let me know what you thought of either or both films.

It was just pointed out to me that two of the film’s stars, Jeff Bridges and Josh Brolin, both played Wild Bill Hickok, the former in Wild Bill, and the latter in the series Young Guns. Barry Pepper is exceptional as Lucky Ned Pepper.

Incidentally, if you want to compare the new version to the original, Redbox informs me that the 1969 version is in many of its boxes. I couldn’t find it at the two I tried, but maybe they were just rented. And if you’d like to watch it on your computer, it’s available for rent from Amazon VOD (video on demand).

The fact that everyone speaks so respectfully of author Charles Portis, combined with not seeing any interviews with him, led me to assume that he was the late Charles Portis. But happily, he is alive and well, 77 and living in Arkansas. He’s been described as reclusive, but according to friends, as a former journalist himself, he has the same low opinion of the press that Mattie Ross did. “The paper editors are great ones for reaping where they have not sewn. Another game they have is to send reporters out to talk to you and get your stories for free. I know the young reporters are not paid well, and I would not mind helping those boys out with a few of their ‘scoops’ if they could ever get anything right.”

To anyone who attended the Gene Autry double-feature on New Years Day I (a) hope you enjoyed it and (b) apologize if you got there late: every bulletin I received said the showings would begin at 2 p.m., but when I arrived at 1:30 p.m., I found they’d switched it to noon.
And here’s the really interesting part of the event: they’d announced that the screening would be in the Imagination Gallery’s Western Legacy Theatre. For those of you who’ve toured the Autry, that’s the last stop, the little walk-through screening room where a pair of short documentaries narrated by Eli Wallach are shown. There are enough benches for, perhaps, twenty people. As the lady at the museum entrance told me, they didn’t expect much of a turn-out, and thought seating for twenty would be more than sufficient. But when the seats filled long before the movie began, they started sending people around to bring benches from the other galleries. When those became packed, they started worrying about safe occupancy levels, and moved the event to where it should have been in the first place, the large Wells Fargo Theatre. I missed all of Tumbling Tumbleweeds (1935), but saw most of the Last Round-Up (1947), and was struck by the high quality of the image. I was wondering if they had a 16mm or 35mm print, and was amazed to learn that it was a DVD! On February 1st the double feature will be Shooting High (1940) and Sioux City Sue (1946), and I’ll double check on when and where they’ll be screened.

AND A HISTORICAL GENE AUTRY NOTE

On January 7th, 1940, Gene Autry’s Melody Ranch premiered on CBS radio, and continued for sixteen years, except for 1942-1945, when Gene was in the Army Air Corps.

There’s be one more airing of In Old Cheyenne (1941) on Thursday (check your local times, featuring Roy as a newspaper reporter investigating outlaw Arapaho Brown (Gabby Hayes), but things are not as they seem… On Saturday, January 8th it’s Young Bill Hickok (1940), also directed by Joe Kane, also co-starring Gabby Hayes and Hal Taliaferro and Sally Payne, and if you look quick, Iron Eyes Cody and Spade Cooley.

In last week’s entry I noted the passing of Fred Foy, the great radio and TV announcer of The Lone Ranger. For the past week, there’s been much discussion on Old Tim Radio websites whether, with Foy’s passing, there were any cast members left from the radio show. Brace Beemer, The Lone Ranger, died in 1965, and John Todd, Tonto, died in 1957. It turns out that some of the kid actors are still around, and one of them was disc jockey Casey Kasem, who played various child characters. Also, 60 MINUTES regular Mike Wallace played roles and announced the show on at least one occasion.

Also thanks to a tip from and OTR website, here’s a link to a wonderful clip, from the David Letterman Show, with comedian Jay Thomas telling about appearing at an auto showroom event with Lone Ranger Clayton Moore. GO HERE: http://www.youtube.com/watch?v=KhB4kDwZu7M