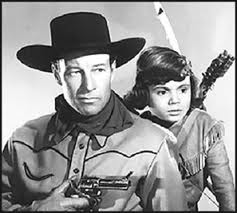 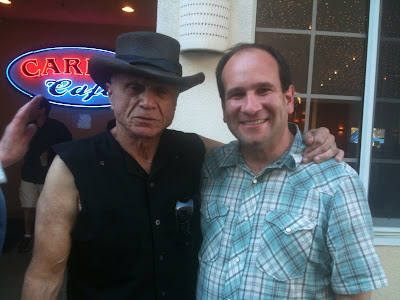 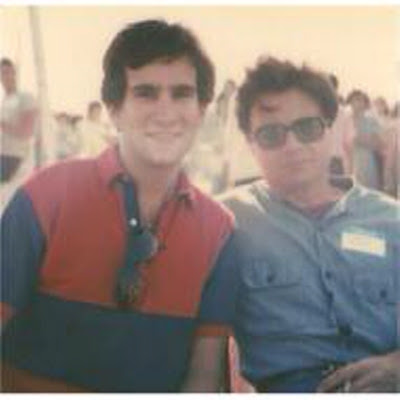 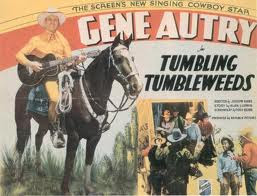 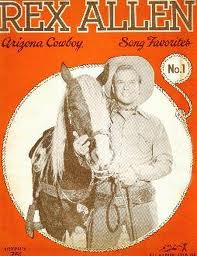 EXCLUSIVE TO HENRY’S WESTERN ROUND-UP! Robert ‘Bobby’ Blake, who as a child actor starred as ‘Little Beaver’ in nearly two-dozen Red Ryder westerns, made an unannounced low-key appearance at the celebration of Republic’s 75th Anniversary at the studio's old home in Studio City, now CBS Studios. The event was a smashing success – I’ll have extensive coverage of the celebrity panels and other fun in next week’s entry. But it was perhaps a half hour before the celebration ended at 5 p.m. that the now rarely seen former Republic star slipped quietly in among the fans.

Michael Stern, who was working for the event, spotted Blake and chatted with him for a few minutes. “We were in front of Carla’s Café, and he said, ‘This was the commissary, and everything around it was all dirt roads. Just dirt. And over there,’ he pointed in the opposite direction, ‘is where we shot the movies.’ He was there for a very short time. He wanted to be there as a fan, that’s my feeling. I showed him a picture I had on my phone of when we met at an Actors and Others for Animals event from thirty years ago. He looked and laughed, and said, ‘I was alive then.’ He was very kind.”

Born in Nutley, New Jersey in 1933, Robert Blake started his acting career in 1939, in the OUR GANG series, which had moved from Hal Roach Studios to M.G.M., under his birth name, Mickey Gubitosi. He changed his professional name to Bobby Blake in 1942, continuing in the OUR GANGs while playing supporting roles in films like CHINA GIRL and ANDY HARDY’S DOUBLE LIFE.

In 1944 Bobby moved to Republic Pictures to play Little Beaver, sidekick to Wild Bill Elliot’s Red Ryder in TUCSON RAIDERS, the first feature to follow up on Republic’s popular ADVENTURES OF RED RYDER serial, which had starred Don 'Red' Barry, and Tommy Cook – another Republic Celebration attendee – as the first Little Beaver. Many western aficionados consider the RED RYDERs to be the finest of all the Republic series. Wild Bill Elliot starred as Red Ryder in sixteen films, Allan Rocky Lane portrayed him in seven, Alice Fleming played ‘The Dutchess’ in the sixteen Wild Bill films, but only Bobby Blake starred in all twenty-three Red Ryder features that Republic produced.

When not wearing the Indian wig that he reportedly despised, Blake could be seen in other Republic Westerns with stars like Roy Rogers, and appeared in loan-out films to other studios, including THE BIG NOISE with Laurel and Hardy, as Junior Puplinsky with Jack Benny in THE HORN BLOWS AT MIDNIGHT, and most famously as the street urchin who sells Humphrey Bogart a lottery ticket in TREASURE OF THE SIERRA MADRE.

As Blake matured, he went through a stage when acting roles were scarce, and he could most frequently be seen in television westerns like THE ROY ROGERS SHOW, CISCO KID and HAVE GUN WILL TRAVEL. He made a powerful comeback as an adult actor in 1967, starring in IN COLD BLOOD and TELL THEM WILLY BOY IS HERE. He became hugely popular as the star of the long-running series BARETTA. His most recent screen role is as ‘Mystery Man’ in David Lynch’s LOST HIGHWAY (1997).

CELEBRATE GENE'S BIRTHDAY AT THE AUTRY ON WEDNESDAY SEPT. 29TH!

Join the Autry in celebrating the birth of "America's Favorite Singing Cowboy," Gene Autry. Museum visitors can enjoy Gene Autry movie screenings throughout the day, buy $10 Gene Autry DVDs in the Autry Store (a 50% discount), get a birthday treat in the Golden Spur Cafe (free for Autry members), and receive 20% off all membership levels—enjoy the Autry member benefits for one year for as low as $36! 10:00 am - 4:00 pm

Rex Allen, last of Republic’s singing cowboys, and the narrator of countless Wonderful World of Disney episodes, will be celebrated in his hometown of Wilcox this Friday, Saturday and Sunday, October 1st – 3rd. It’s the 59th Annual Rex Allen Days, and for the twelfth year the celebration will include Western Music, Cowboy Poetry, Trick Horses, Wild West Entertainment, Personal Appearances by Western actors and – you guessed it – Rex Allen movies!

There will also be two concerts by Rex Allen Jr., with special guest stars Jimmy Fortune of the Statler Brothers, and Johnny Western, the man who wrote and sang The Ballad of Paladin, theme from HAVE GUN, WILL TRAVEL, and many others. For more info, call The Rex Allen Museum at 520-384-4583, or CLICK HERE.

By Monday I'll have added info about a Western pilot, the upcoming Rex Allen Days Celebration, The Lone Pine Film Festival, and all sorts of other cool stuff! And of course next week my Full Coverage of the Republic Studios 75th Anniversary Celebration!