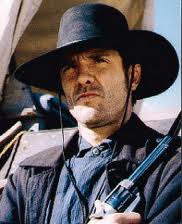 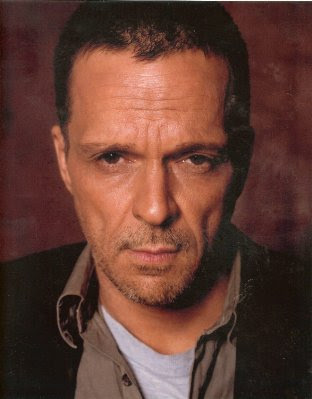 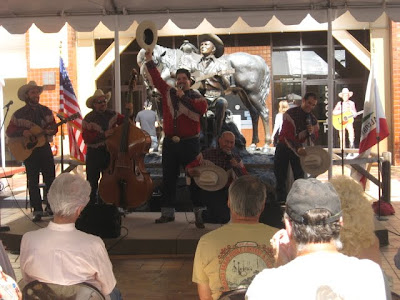 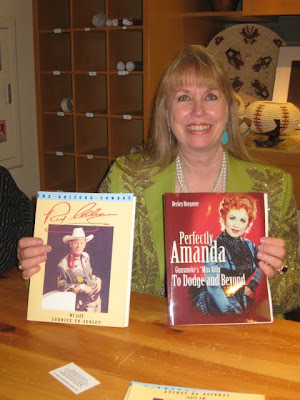 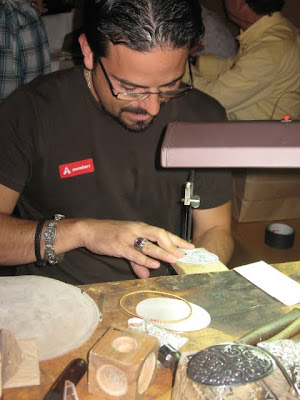 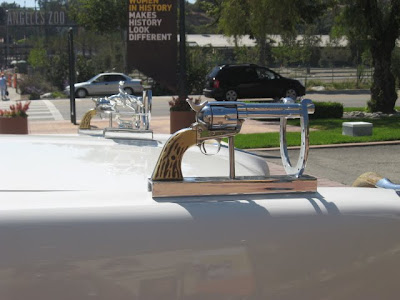 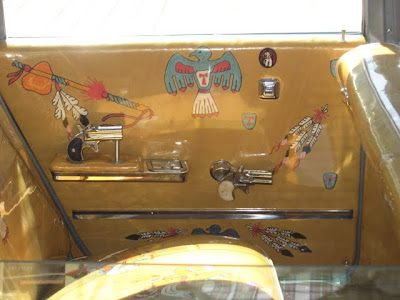 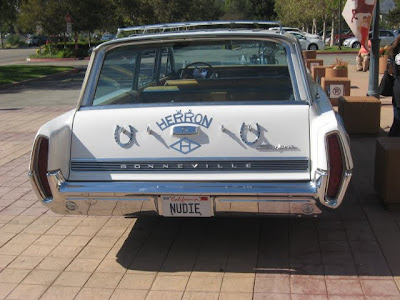 (Updated 7/29/2010 - See Screenings)
I haven’t learned anything about the story yet, but it’s a western! It will begin lensing in Southern California on August 25th, toplining Michael Biehn, Lenore Andriel, James Russo and Peter Sherayko. Ms. Andriel is also writer and producer. Director Jay Miracle is a documentary filmmaker. Biehn, who made a splash in the TERMINATOR and ALIEN movies, starred in THE MAGNIFICENT SEVEN television series, THE LEGEND OF BUTCH AND SUNDANCE, and the legendary TOMBSTONE. Russo, whose credits include ONCE UPON A TIME IN AMERICA for Sergio Leone, has demonstrated his brand of western villainy in BAD GIRLS and the excellent BROKEN TRAIL. Peter Sherayko’s extensive western career was profiled in this space last week. More details are coming very soon.

The Saturday, July 10th screening of ‘SANTA FE’ at the Autry was preceded by a brief introduction by a representative of the Autry and Shannon Kelly, head of programming for U.C.L.A.’s Film and Television Archive. It was announced that, last year, the Autry received a financial grant from The Academy of Motion Picture Arts and Sciences to underwrite more screenings at the Wells Fargo Theatre. The Autry is using that money to partner with the extensive U.C.L.A. Archive, to present a series of films under the heading The Imagined West. As the Autry representative put it, “We’re working in 35mm now, which is a whole different animal.” And to prove it, they screened a flawless 35mm Technicolor print of ‘SANTA FE’, starring Randolph Scott, directed by Irving Pichel, and photographed by the great western cinematographer Charles Lawton Jr. It’s easy to forget how beautiful real Technicolor is until you see it on the big screen. The program began with Edwin S. Porter’s THE GREAT TRAIN ROBBERY, acknowledged to be not only the first western, but the first movie to tell a story. It was, I believe, a digital copy, but a high quality one, with orange hand-tinting on the gun-shots. If you, like I, haven’t sat down to watch it in twenty or thirty years, it’s quite incredible for the fluid editing, use of convincing rear-projection in the train office, and actually includes bad-guys shooting at a dude’s feet, to make him dance. And if memory serves, the dude became better known as Bronco Billy Anderson, the first western star.

Now don’t panic! But Stephen Moyer, of the vampire TV series TRUE BLOOD, set to play the most cool-headed Barkley in the big-screen version of THE BIG VALLEY, while filming a scene, fell off of his horse and hurt his wrist. The weird thing is, it was during the filming of the blood-sucker show, not the western. Weirder still, though the story just went out this week, the accident occurred in January – I guess his press agent just wanted to make him look good before he starts his western. Hell, it coulda been worse: if it’d been his leg instead of his arm, they’d have to destroy him! (With a wooden stake?)

JULY 24TH IS FIFTH 'NATIONAL DAY OF THE COWBOY AND COWGIRL'

This is the first I've heard of this movement, probably because it's he first time the Autry has taken part, but the point is, obviously, to celebrate the contributions of the American cowboy to our culture and way of life. In 2005, then-president George W. Bush, sent a letter of support, and since then, people have erroneously thought this was a national holiday, but it isn't yet, and the folks at the National Day Of The Cowboy organization are working hard to make it a reality, state by state. So far they've succeeded in New York, Oklahoma, Texas, Kansas and Arizona, so there are forty-five states to go. There were celebrations all over the country, including Colorado, Arizona, Texas, Wyoming, Idaho, Ohio, Virgina, Florida, Pennsylvania, and at the El Paso Saloon in Pantigliate, Italy! Incidentally, of all of those places, only Los Angeles is so politically correct that they felt it necessary to make it the Day of the Cowboy and Cowgirl.

At the Autry, it was a huge and happy affair, involving music, food, crafts, screenings of Gene's TV series, book signings, clothes and art sales,trick roping and gunslinging demonstrations. If you'd like to find out more about the National Day of the Cowboy, CLICK HERE.

MORE ON COWPOKES WHO SERVED

This topic has brought me more feedback than any other (just beating out Kurt Russell’s behavior on the set of TOMBSTONE), and I’ll happily add any information you readers can send me about cowboy actors and western writers who served in the military. Here are my most recent updates: James Garner dropped out of school at 16 and joined the Merchant Marines. He was wounded in the Korean War, and received a Purple Heart. Clint Eastwood was a G.I. in the Korean War, serving as a boot camp swimming instructor. Paul Newman served in the Navy in World War II. Elvis Presley, at the height of his popularity, was drafted into the Army in 1958. Gene Hackman joined the Marines at age 16 in 1946. Robert Duvall, son of an admiral, surprisingly joined the Army for a two-year hitch in 1953. And here’s perhaps the most unexpected entry: Pat Brady, Roy Rogers’ comical sidekick, served with Patton’s Third Army in Europe, where he won citations for valor and two Purple Hearts. Fellow Sons of the Pioneers member Karl Farr recalled, “The top of his tank was blown off at close range just as he was bending over to pick up a shell.”

‘THE HARVEY GIRLS’ SCREENS AT THE AUTRY SATURDAY JULY 31ST

The delightful George Sidney-directed Technicolor musical tells the story of the building of the Fred Harvey Restaurants, and stars Judy Garland, Angela Lansbury, John Hodiak and Preston Foster, based on the novel by Samuel Hopkins Adams. This is part of the Imagined West series, in collaboration with UCLA. The Autry has confirmed that tickets are $9 for general admission, $5 for Autry members.

My favorite documentary of the year, REEL INJUN, is screening Saturday, July 30th at 9:00 a.m. at the Traverse City Film Festival in Traverse, Michigan. To read my review, CLICK HERE. For more information about the screening, CLICK HERE.

Later today I'll have the story that goes with the pictures of the National Day of the Cowboy and Cowgirl celebration at the Autry.