ANOTHER WESTERN - SORT OF - IN PRODUCTION 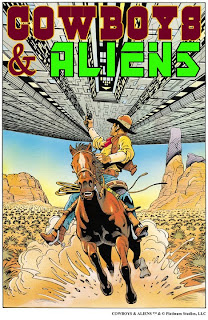 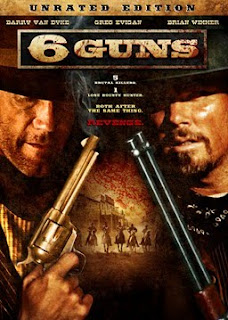 The Oscar-winning best actor for Marty, best-loved by many of us for The Wild Bunch, will be autographing pictures at the Hollywood Show, Saturday Feb. 13th and Sunday Feb. 14th at the Marriott Hotel in Burbank. The address is 2500 Hollywood Way, Burbank 91505. Also attending will be Bronco star Ty Hardin; TV's Wyatt Earp, Hugh O'Brien; The Outlaw star Jane Russell; Chisum and Bandolero star Andrew Prine; last of the Bonanza regulars (in later seasons) Mitch Vogel; dancer and 7 Brides for 7 Brothers star Russ Tamblyn; and Edd "Kookie" Byrnes, who's starred in several spaghetti westerns. There also tons of non-western actors who will attend. If you've never attended an autograph show, they can be a lot of fun, but be warned, they are not cheap. Admission is $20 a day or $35 for both days, and actors will usually charge from $20-$30 for the pictures they provide and sign. They'll also sign pictures, posters or books that you bring, but they'll charge for that as well. There are also a dozen or more memorabilia dealers selling their wares at the show. The show is 10 a.m. to 5 p.m. Saturday, and 10 a.m. to 4 p.m. Sunday. If you want a complete guest line-up, click here. If you go to that link, purchase your ticket on-line, and use the Coupon code: VALENTINE, you should get $5 off.
Also, don't forget there's a free screening at the Autry Saturday night -- check out their website for details. And on Monday, Presidents Day, admission to the Autry is free for children!
Updated 2/9/2010
Let me get my apology in first before any more people correct me: John Wayne won his Oscar for True Grit (1969), not The Shootist (1976).
If the Donner Party episode of American Experience is still making the PBS rounds, it's worth seeing, though often hard to take. Here's something I learned from it: Louis Keysberg was the only survivor who talked openly about being a cannibal. In 1851 he moved to Sacramento and opened a successful restaurant (insert your own tasteless joke here).

IN PRODUCTION:
COWBOYS & ALIENS
Based on a popular graphic novel (also known as a comic-book to the less insecure) by Scott Mitchell Rosenberg,the one-line pitch for the DreamWorks production is: "In Silver City, Arizona, Apache Indians and Western settlers must lay their differences aside when an alien space ship crash lands in their city." The 'mysterious gun-slinger' will be played by 007 star Daniel Craig, after Robert Downey Jr. ankled, due to schedule conflicts. The lovely Olivia Wilde, of House and Alpha Dog(2006) fame, will co-star. Jon Favreau, who wrote Swingers (1996) and directed Iron Man I & II (2008 and not yet), will direct from a script by Roberto Orci and Alex Kurtzman, who wrote the two Transformers movies (2007, 2009) and Star Trek (2009), and Damon Lindelof of TV's Lost. The picture already 'boasts' ten - count 'em - ten producers, including Brian Grazer, Ron Howard and Steven Speilberg and is set for a July 29, 2011 release.

6 GUNS
As I detailed in last week's blog, this first western from The Asylum is set for a March 30, 2010 direct-to-video release. If you'd like to see a trailer for the movie, as well as some stills, click here.

TRUE GRIT
No word yet on whether Paramount and the Coen brothers have selected a girl to play the role of Mattie Ross, for the film which is going to camera in the spring. They took the unusual step of holding an open call, asking for girls to send in home videos. The notice says, in part, "Fourteen year old Mattie is a simple, tough as nails, young woman in post-Civil War Arkansas. Her steely nerves and straightforward manner are often surprising to those she meets. She possessed plenty of true grit and determination. Enough so that she insists on going with 2 marshals to hunt down the killer of her father. We are looking for a girl who's tough, strong and tells it like it is." Applicants that they like will hear from the studio by February 15th. If you'd like to check out the reactions of a writer who has read the shooting script, click here.

AUTRY NATIONAL CENTER
Saturday, Feb. 13, 2:00-3:00 p.m., for you lovers of western fine art, in the Wells Fargo Theater, John Geraghty, Special Advisor and originator of the Autry's Masters of the American West Exhibition and Sale, will speak in detail about several paintings featured in this year's exhibition, including works by Howard Terpning, Mian Situ and Morgan Weistling. Doors open at 1:30. Admission is free with your paid admission to the Autry, which is an absolute must-see itself. For more info, click here. AUTRY UPDATE ON 2/9/2010 -- I just received word of a free movie screening on Saturday night, free admission for kids on President's Day, and other stuff that might be of interest. Click here for details.

COUNTY MUSEUM OF ART - MOVIE SCREENINGS
THE ESSENTIAL CLINT EASTWOOD
LACMA is presenting a retrospective of Eastwood movies, many directed by, and all starring the man with no name. Lots of good stuff, but I can't imagine how they could have omitted his first as a director, Play Misty For Me (1971) Here are the westerns they're showing this week.
Saturday, Feb. 13, 7:00 p.m., The Outlaw Josey Wales (1976) D:Clint Eastwood, W:Philip Kaufman and Sonia Chernus, starring Eastwood, Chief Dan George, Sondra Locke, John Vernon, and Clint's old co-star from Rawhide, Sheb Wooley.
Saturday, Feb. 13, 9:25 p.m., Pale Rider (1985) D:Clint Eastwood, W:Michael Butler and Dennis Shryack, starring Eastwood, Michael Moriarty and Carrie Snodgress.

Tuesday 2/9
FMC
6:00 a.m. - The Ox-Bow Incident (1943) One of the best of the dark ones, directed by William Wellman from Larmar Trotti's adaptation of Walter Van Tilburg Clark's novel. When we see so many bloated movies, it's amazing what pros can do with 75 taut minutes. Stars Henry Fonda, Dana Andrews, Anthony Quinn, and a ton of familiar faces, most of whom you'll want to smash with a rock before it's over.
TCM
11:30 p.m. - Tender Mercies (1983) Bruce Beresford directs Horton Foote's brilliant story and screenplay about an alcoholic country singer, played wonderfully by Robert Duvall. With Tess Harper, Ellen Barkin and Wilford Brimley.

Thursday 2/11
TCM
6:15 a.m. Juarez (1939) D:William Dieterle, W:John Huston, Aeneas MacKenzie, Wolfgang Reinhardt, from a book and a play. Paul Muni plays Juarez, with Bette Davis, Brian Aherne, and Claude Rains as Napoleon III!
FMC
8:00 a.m. - The Big Trail (1930) Raoul Walsh directed John Wayne in his first lead in this epic from Hal G. Evarts' story, and good as it was, it was a box-office disappointment, sending the Duke to do leads in Bs until Stagecoach (1939). Beautiful telling of the story of a wagon train, with Marguerite Churchill, El Brendel, Ty Power Sr., with uncredited early roles by Ward Bond and Iron Eyes Cody. Shot in 35 MM by Lucien Andriot, and 70MM by Arthur Edeson -- I don't know which version they show.

Saturday 2/13
AMC
6:30 a.m. - The Culpepper Cattle Company (1972) Directed by Dick Richards from his own story, scripted by Gregory Prentiss and Eric Bercovici. Young Gary Grimes talks a trail boss, Billy Green Bush, into taking him on a cattle drive. With Luke Askew, Bo Hopkins, Charles Martin Smith and Matt Clark -- how many westerns is Matt Clark in, anyway? As many as Gabby Hayes?

8:45 a.m. - The Last Wagon (1956) Directed by the great historical filmmaker Delmer Daves, which he co-scripted with James Edward Grant. The wagin-train survivors of an Apache attack must turn to 'Commanche Todd' Richard Widmark for help. With Tommy 'Lassie' Rettig and Nick Adams.

That's all for now! If you'd like to take a look at my website, and see what sort of things I write, please click here. I'd appreciate any commets you have about this blog, and suggestions about what should be included. You can e-mail at swansongmail@sbcglobal.net, or leave comments in the box below. IF THERE ISN'T A BOX BELOW, THEN CLICK ON THE WORD 'COMMENTS' UNDER THE LINE, AND A BOX SHOULD APPEAR. In future postings I'll have information about TV series that are currently running, plus radio shows and podcasts! Happy trails!