THE ROUND-UP CHRISTMAS GIFT SUGGESTIONS FOR 2016!

I’ve decided to try something different this wintertime, and make some gift-giving suggestions for the Western fan.  Most of my recommendations are actually gifts I’ve received, that I was particularly taken with -- and I’m told I’m a difficult guy to shop for.  If you have any suggestions for gifts, please leave them as a comment!  And of course, while more American people celebrate Christmas at this time of year than the holidays of other religions, if you’re looking for gifts for Chanukah, Ramadan, Kwanza, or any other religious or secular occasion, these suggestions are for you as well. 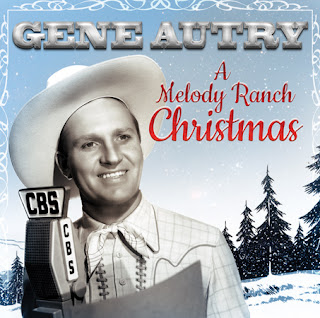 Gene’s weekly Melody Ranch radio show ran from 1940 through 1956, a delightful blend of music, stories and humor.  Christmastime was always special on the show that starred the man who brought us Rudolph The Red-nosed Reindeer, Here Comes Santa Claus, and so many others.  The fine folks at Gene Autry Entertainment have cherry-picked from years of Christmas episodes to bring you the ultimate Gene Autry Christmas program.  Gene is joined by his frequent band in his movies and TV shows, The Cass County Boys, as well as Carl Cotner’s Orchestra, The Pinafores, Gene Autry’s Blue Jeans, Rosemary Clooney, and of course, sidekick Pat Buttram.  Pat sings All I Want For Christmas Is My Two Front Teeth, and gives his own answer to Did You Ever Have to Sleep at the Foot of the Bed?
Included among the twenty-four cuts are carols like Joy to the World, O Little Town of Bethlehem, and Silent Night, traditional songs such as White Christmas, Jingle Bells, and Winter Wonderland.  The included booklet tells the history of Gene’s Christmas shows, pointing out songs that were taken from The Sgt. Gene Autry Show, the show’s wartime title when Gene was serving in the Army Air Corps.
Here’s a sample of the show, Gene singing a medley of Rudolph and Here Comes Santa Claus.

The album is from Varese Sarabande, and available direct from the Gene Autry Museum HERE,
as well as on iTunes and Amazon.  And Gene Autry now has an official Facebook page – check it out HERE. 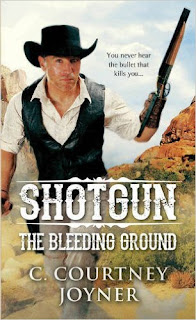 Adventurous Westerners and Steampunks alike will enjoy this second adventure in the kick-ass series of paperback originals about the surgeon who lost his right hand and replaced it with a shotgun!   This time Dr. John ‘Shotgun’ Bishop and his Cheyenne sidekick White Fox are on the trail of the good doctor’s despised brother Dev, and going to work for John Chisum.  In recent years, the paperback original Western market has taken a serious beating, but the SHOTGUN series has pumped much-needed blood – literally and figuratively – into the genre, and the folks at Kensington Books have committed to several more volumes.  You can buy both SHOTGUN volumes, and the prolific Mr. Joyner’s other books, at Amazon, HERE. 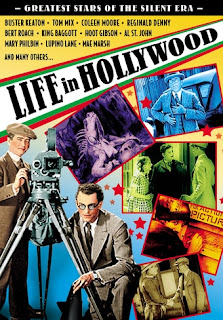 On one disc are seven short documentaries made less than a year before the coming of sound would turn the movie industry inside out.  Sort of like ENTERTAINMENT TONIGHT only not insipid, L.I.H. released a one-reeler every week, featuring tours of many long-ago vanished studios, views of Hollywood from the air, many on-set visits, animals brought from Africa to make jungle films, the opening of a Hollywood hangout – the celebrated Yamashiro’s – and much more.  Along with many forgotten faces, many of the top stars of the day – Tom Mix, Buck Jones and Hoot Gibson, Buster Keaton, Colleen Moore and Lupino Lane – are on hand.  German film titan Max Reinhardt visits the set of LOVES OF CARMEN, visiting with director Raoul Walsh, and stars Victor McLaglen and Dolores Del Rio.  It’s wonderful fun, and if the image quality is spotty, it’s remarkable that this footage still exists.  It’s one of many fascinating videos available from Alpha Home Video HERE. 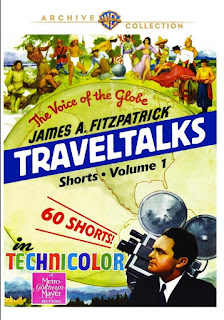 If you’ve enjoyed the dazzling Technicolor travelogues TCM shows between features, you can now own them!  From the early 1930s through 1954, Fitzpatrick’s short films were America’s window on the world.  Now the Warner Archive has released three sets of these films, with sixty short films in each set – 66 in the final collection!  Beyond the sheer beauty of these wonderfully restored films, they freeze moments in time and place that are now gone.  Some of the pre-war visits to our soon-to-be Axis enemies are, by turns, poignant and ironic.  And because many shorts focus within our borders, the American West of the ‘30s and ‘40s is handsomely preserved.  They provide a first-hand introduction to 20th century history that you can find nowhere else.  You can order them HERE. 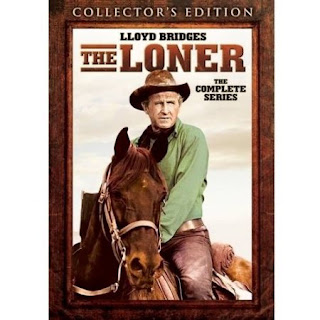 It’s amazing to think that Rod Serling didn’t believe that his TWILIGHT ZONE would last more than one season!  Not wanting to take any chances, and seeing the success of Westerns, he started planning his own Western series in 1960.  He put it on the shelf when TWILIGHT ZONE proved a hit, but in 1964, when TZ finally folded after five season and 156 episodes, Serling dusted off that Western script again, hired Lloyd Bridges, not exactly wet behind the ears after SEA HUNT, and produced one of the finest of one-season Western series.

While Western stories are generally post-Civil War, THE LONER is specifically six months after Lee’s surrender, the country is still seething in bitterness, and Bridges plays William Colton, an ex-Union officer roaming the West, trying to get his bearings.  In today’s parlance he’d be diagnosed with Post Traumatic Stress Disorder.   Bridges was always an underrated actor, and in THE LONER half-hours he does some of the best work of his career.  There were only 26 episodes produced, and Serling wrote more than half of them himself. 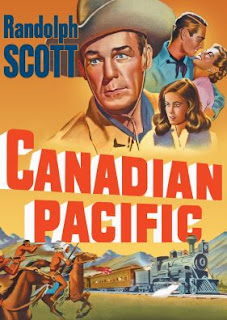 This very enjoyable 1949 Western from 20th Century Fox was unavailable for years, except in black and white, because it was shot in an obsolete color process, Cinecolor.  Now it’s been restored to its previous, heavily green but very attractive glory.  Scott is the railroad builder, Jane Wyatt is the ‘Lady Doctor’ who despises him (at first), and Victor Jory is, as usual, the guy who will stop at nothing to block Scott.  It ain’t CITIZEN KANE, but it’s a lot of fun.  And among the special features is the Castle Films 8mm home movie version!  You can order it HERE.

AND HERE’S A PERFECT WESTERN CHRISTMAS VIDEO!
The Carolyn Sells Combo does a brilliant mash-up of Christmas and the West with their song, Ghost Reindeer in the Sky!  Enjoy! 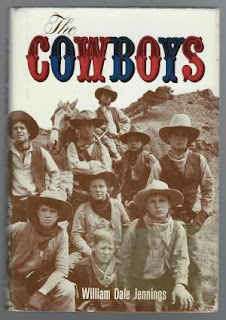 Earlier this week, I was teaching a 4th grade, and I heard something wonderful that I rarely hear from young kids.  A boy saw that I was reading the William Dale Jennings novel THE COWBOYS, on which the John Wayne movie is based.  The kid lit up with excitement.  “I love THE COWBOYS!” he said, the words spilling out in a torrent.  “I love Westerns!  I’ve seen TRUE GRIT and THE MAGNIFICENT 7 – ‘1’ and ‘2’.  And I really liked ‘1’ much better.  With Yul Brynner.  And I’ve seen UNFORGIVEN – that is, I’ve seen the appropriate parts…”  I was thrilled; thrilled that his parents are obviously exposing him to Westerns, and being careful of how much of the darker elements he’s exposed to.  But I couldn’t help thinking what a pity it is that, as we are having a rebirth of Westerns, so few of them are appropriate for kids.   Most of the theatrical ones, many of them fine films, are far too brutal and sexual for young kids.  I loved HELL ON WHEELS, love WEST WORLD, and looking forward to season two of UNDERGROUND, but the last TV Western series I remember that I’d show to a kid was PARADISE, which went off the air in 1991.  We need a ‘gateway’ Western to safely bring kids into the genre. 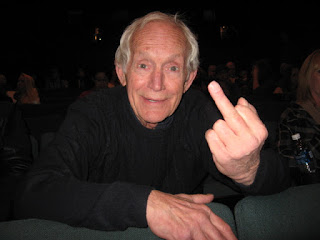 A week ago today I was invited to see the premiere screening of a new Western, GONE ARE THE DAYS, starring Lance Henriksen, Tom Berenger and Steve Railsback.  I had a friendly chat with Lance – don’t believe the picture!  We got along fine!  Anyhow, more about GONE OUR THE DAYS, and Lance, coming soon to the Round-up!