When did the frontier disappear and the ‘old west’ end?  For convenience, the answer used to be that that it all ended at the turn of the 20th century.  But that’s an arbitrary date, because the frontier days did not end at the same moment everywhere.  New York audiences were watching Buffalo Bill acting in nostalgic plays while Custer was losing to Crazy Horse at the Little Big Horn.

You might not think that a disagreement in 1917, about military service in The First World War, would be an old west story, but filmmaker Cameron Trejo will convince you in his fascinating documentary, POWER’S WAR, just as he’ll convince you that it led to a shocking miscarriage of justice.  There’s no doubt that it was the deadliest shootout in the history of Arizona.  One wonders if this once-famous story inspired the film SHENANDOAH (1965), although the fictional version was set during the more Western-conventional Civil War.

Patriarch Jeff Powers moved his family to Klondyke, Arizona in search of gold.  Jeff and his two sons, Tom and John, prospected full time, leaving the women-folk, daughter Ola Mae and her grandmother Granny Jane, charged with maintaining the home and preparing food, isolated for long stretches.  When Granny died, Ola Mae was even more alone.  Separated from the rest of the world, the Powers family was dimly aware of The Great War, which they, like many Americans, viewed as none of their business.

But on June 5th, 1917, all American men between 21 and 31 were ordered to register for the draft, and the aggressively patriotic set out to arrest ‘slackers’ who ignored the law.  The Powers family had already made enemies for their secretiveness; then Ola Mae died under puzzling circumstances, and Jeff was uncooperative with an official investigation.  That Tom and John refused to register for the draft was the final straw, and a government posse went out to round them up, leading to the bloodbath.  The resulting chase would move back and forth from trucks to horses, and the legal ramifications of the case would echo well into the 1960s.

Painstakingly researched, the film is shot in the locations where the events happened, and features interviews with family members on both sides, and well-spoken historians.  Instead of costumed reenactments, the incidents are dramatized with animation often more brutal than a documentary could reasonably show with live action.  Trejo’s film is both a labor of love and a triumph of creative documentary filmmaking, and holds a special fascination today, when many feel the government is intruding too deeply into people’s lives.  The official website is HERE .  To arrange for a screening for your organization, go HERE

TONY ANTHONY WILL ‘GET MEAN’ IN PERSON, MONDAY AT CINEFAMILY! 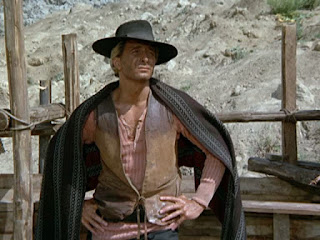 If you know Tony Anthony’s STRANGER Spaghetti Westerns, that got progressively crazier as they went on, you’ll want to go to the Cinefamily Monday at 7:30 pm for the 4th and craziest of them all, GET MEAN (1975)!  The Stranger himself, Tony Anthony will be there, with co-star Lloyd Battista, producer Ronald Schneider, in a discussion moderated by Western whiz Rob Word.  Learn more and buy tickets here:  http://www.cinefamily.org/films/special-events-june-2015/

JUST BACK FROM ‘LOVE, SHIRLEY TEMPLE’ 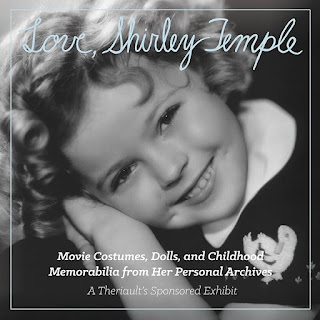 a wonderful display of movie costumes and toys from her own personal archives.  I know it’s not very western – although there is a saddle and pair of chaps given to Shirley by producer Nicholas Schenck on display, and besides, she starred for John Ford in FORT APACHE.  Shirley was way ahead of the curve – she had a climate-controlled storage space for her things back in the 1930s (!), and the condition of the clothes is astonishing – they look brand new!  And there are costumes from every one of her 20th Century Fox classics.  If you loved her films, you must make the effort to see this show.  It’s at the Santa Monica History Museum through Wednesday, and then moves on to three other cities – I don’t know which – and will be followed by an auction.  Go here to learn more: http://santamonicahistory.org/ 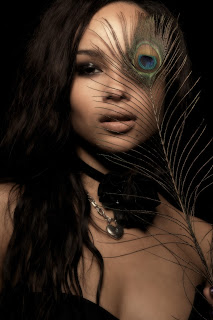 Zoe Kravitz, currently in MAD MAX: FURY ROAD, and Christina in the DIVERGENT films will topline the story of a gunslinger out for revenge (aren’t they always?), to be directed by Shana Betz (FREE RIDE) from a script by Tasha Huo, for Brain Scratch Productions.

‘GRIZZLY ADAMS’ UP FOR BIDS! 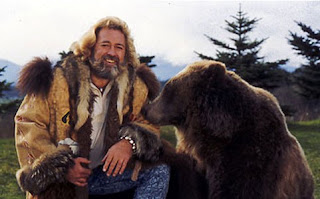 The rights to Grizzly Adams are on the block!  If you enjoyed Dan Haggerty’s portrayal of the bear-loving mountain man, then franchise rights owner Tod Swindell (seriously, that’s his last name) wants to talk to you.  Of course, you may be scratching your head – or beard – right now and thinking, “Wasn’t Grizzly Adams a real man?  How can you franchise a real human being?” 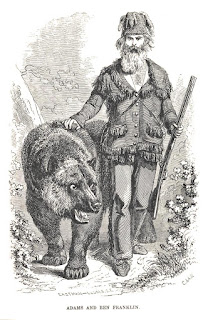 Excellent question!  And yes, he was a real man, whose real name was John Adams or James Adams, and who lived from 1812-1860.  He was a mountain man who caught and trained bears for zoos and circuses.  But somehow Charles E. Sellier Jr., creator of the Grizzly Adams movies and series, and producer of many 1970s Western and family movies, and later many TV movies, managed to trademark Grizzly Adams.  Amazingly, one of the big selling points is the appeal of the character’s look, due to a hipster style known as ‘lumbersexual’, the hyper-manly bearded alternative to ‘metrosexual’. 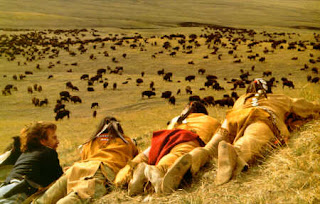 This year marks the 25th anniversary of the film DANCES WITH WOLVES, and wistfully enough, that anniversary is being marked by the offer to sell 46,000 acres of the Triple-U Ranch in South Dakota.  There are also three houses, and several farm buildings included.  Not included are the ranch’s 1,500 buffalo – they’re for sale as well, but sold separately.   Bill Markley, writer of Western fact and fiction, and author of DAKOTA EPIC, his daily journal as a re-enactor in DANCES WITH WOLVES, passed this on to me.  He also tells me that there is talk of raising money to buy what’s left of Fort Sedgwick, and other standing sets, which are still on the ranch, and putting them on display somewhere.  The auction will be held on Thursday, July 9, at one p.m., which gives you some time to roll those pennies and get them to the bank.  There’s no estimate listed.  For more information, and to bid, go HERE.

By the way, my article in the August issue of TRUE WEST MAGAZINE celebrates the 25th Anniversary of DANCES WITH WOLVES, and features reminiscences by Bill Markley.