‘CIVIL WAR AND THE WEST’ OPENS AT THE AUTRY 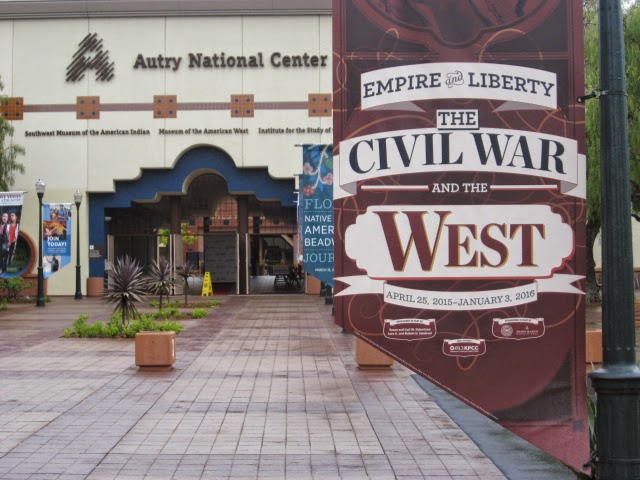 Yesterday, an elaborate new exhibit, Empire and Liberty: The Civil War and the West, opened at the Autry, and will be on display through January 3rd of next year.   As the title suggests, the show examines the effect that the Civil War had on the American West, a region much of which was still being settled at the time of the War Between the States.  As is practically a trademark with them, the Autry has used a wide array of documents, uniforms and other objects from their own collections, and borrowed others, to give a living feel to a war which had its end 150th Anniversary only last week (John Wilkes Booth died 150 years ago today!). 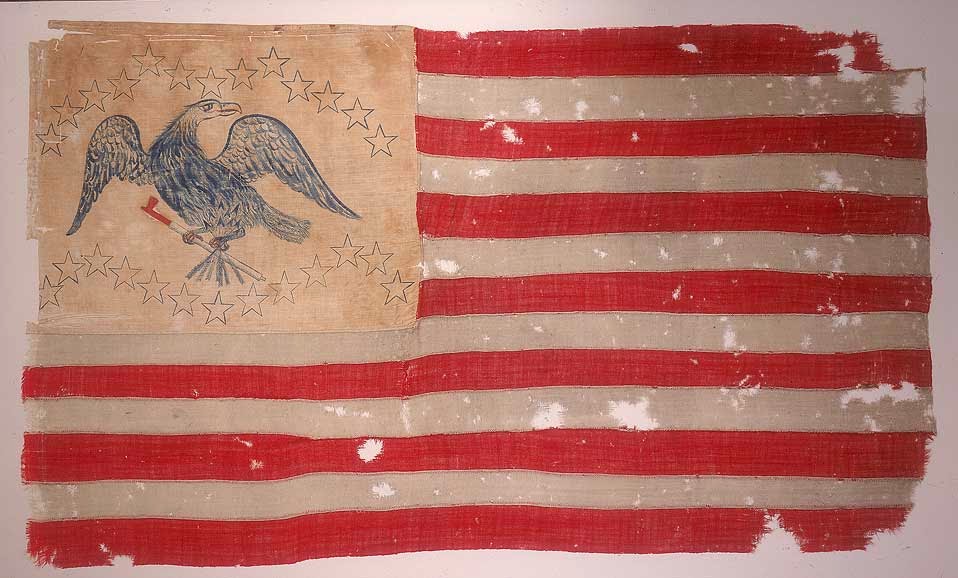 Of the greatest significance, the posted text that goes with the displays gives a historical context, a sense of the related sequence of events that is not obvious.  Of course the Louisiana Purchase led to the Lewis and Clark expedition; but not so obvious, the charting of that land, the making of states, led to the Missouri Compromise, forcing an equal number of free and slave states.  We know about the misery caused by the Indian Removal Act, but a side-effect of forcing the Indians from their land was to make it available for cotton plantations, which brought the ‘need’ of slaves. 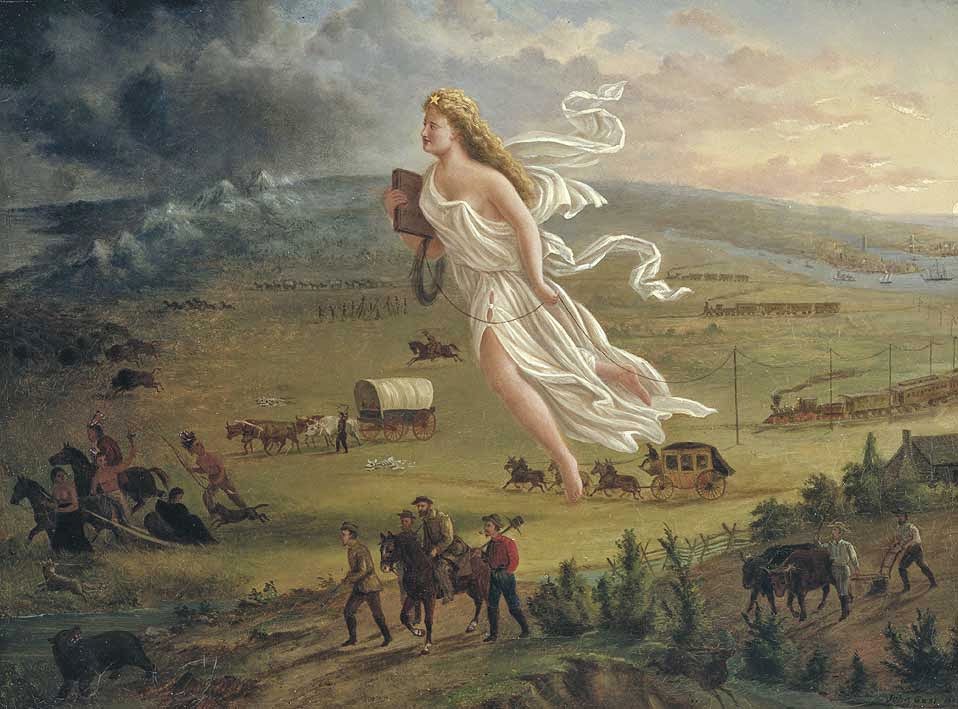 Jefferson Davis’s double-barreled pistol from his service in the Mexican War reminds us that not only was that war a proving group for him, but for Grant and Lee, all of whom were West Point graduates.  Among the fascinating documents that illuminate the period are slave purchase receipts; an Andersonville Prison Survivor Certificate; a Union Army enlistment bounty – forty dollars to sign up; a receipt for Chinese coolie wages of $12 a month – once the $30 voyage cost is paid; a Buffalo Soldier payroll document, $13 a month.  Displays take you through the period looking at the various historic events, as well as particular groups – various Indian tribes, former slaves, women, displaced Mexicans – as well as the general population. 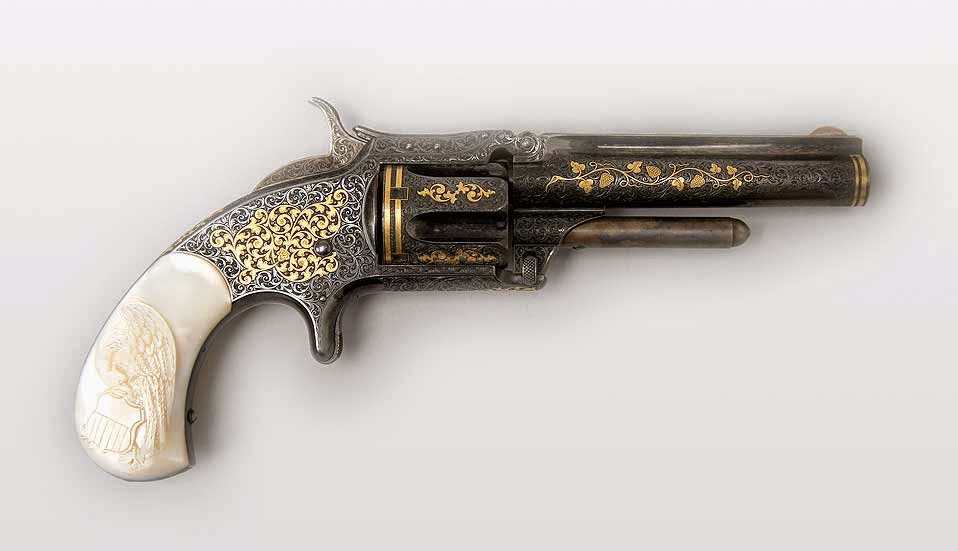 One strong bit of direction; when you enter the exhibit, the natural direction, which most folks were taking, was forward and to the left.  I did so, and first found the displays interesting, but arbitrary.   I went back, and entered on the right, and suddenly everything was in a generally chronological order, and all of the elements fell into place.  THEY NEED A BIG RIGHT ARROW AS YOU ENTER! 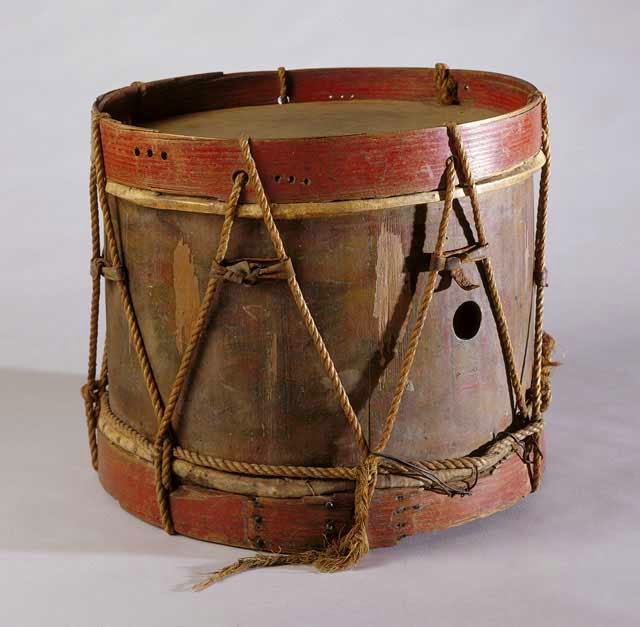 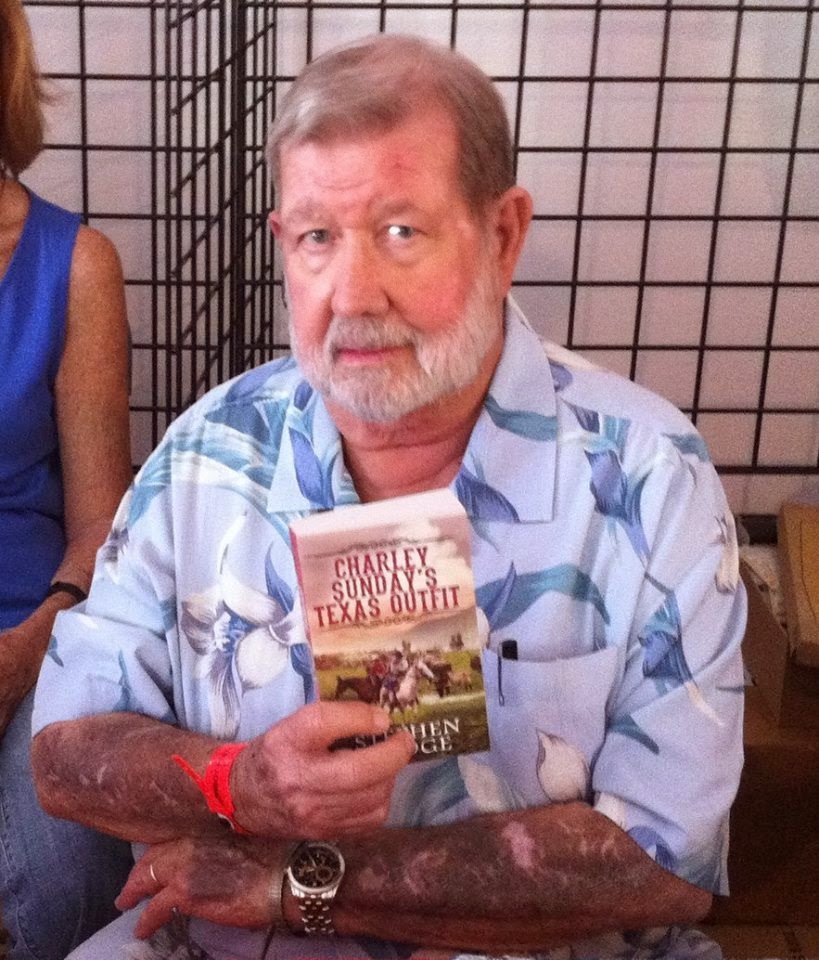 Silver-haired Charley Sunday is a retired Texas Ranger at the turn of the 20th century, trying to hold his small ranch together.  He partners with old friend and woman of dubious virtue Flora Mae Huckabee, to purchase a now-rare three hundred head of longhorns, and bring ‘em cross-country to Texas.   Rounding up other former Rangers, a female journalist, an Indian law student, his young grandson Henry-Ellis, and various other misfits, going up against a dastardly Colorado meat-packer, Charlie Sunday is in for the adventure of his already long and adventurous life.

The story is told by that grandson, Henry-Ellis, now an old man, and telling his own grandchildren the tale, sixty years later.  The funny thing, as I was enjoying this novel, is that it didn’t remind me of other Western novels so much as it did other Western movies – particularly the humorous ones directed by Andrew V. McLaglen and Burt Kennedy in the late sixties and seventies.  It’s written so visually that you ‘see’ the action, not just understand it, while you’re reading.  No surprise really, because it’s author, Stephen Lodge, has written or co-written a number of memorable movies, including THE HONKERS, starring James Coburn and Slim Pickens; KINGDOM OF THE SPIDERS, starring William Shatner and Woody Strode; and RIO DIABLO, starring Kenny Rogers and Travis Tritt.  ( If you’d like to read my review of Steve’s memoir of his life in the film industry, AND…ACTION!, and my interview with him, go HERE .)

At the Santa Clarita Cowboy Festival last Saturday, when I was moderating the panel Screenplay to Novel or Novel to Screenplay?, Steve confirmed that CHARLIE SUNDAY began life not as a novel, but as the screenplay MOVE ‘EM SUNDAY, which the great Buddy Ebsen tried unsuccessfully to have made. 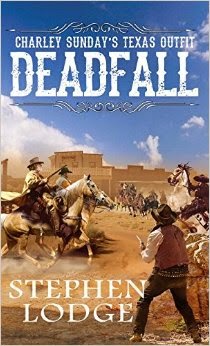 As part of the continuing celebration of the Aero Theatre’s 75th year, at 7:30 pm, two of the finest Westerns of the 1950s – nay, two of the finest Westerns of any time – HIGH NOON (1952) and SHANE (1953) will play, and if you’re reading this blog, I don’t need to tell you who is in them, or what they are about.  And if you haven’t seen them on the screen in a few years, you need to see them again – you’ll be astonished at what details you’ve never seen before.  For more information, go HERE . 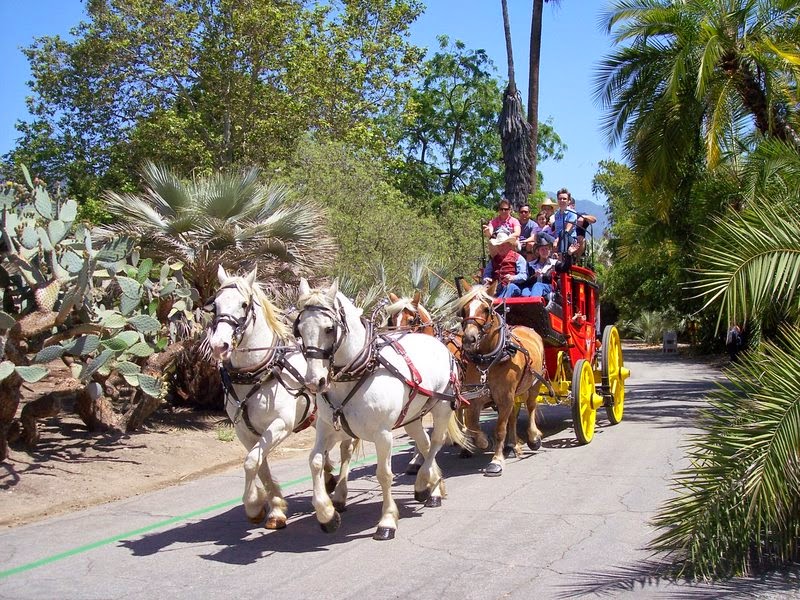 GREGORY PECK IN ‘YELLOW SKY’ MAY 9TH AT THE AUTRY

As part of their monthly ‘What is a Western?’ series, the Autry will screen YELLOW SKY, at 1:30 pm in the Wells Fargo Theatre.  Director William Wellman and screenwriter Lamar Trotti, who teamed in last month’s offering, THE OX BOW INCIDENT, this time tackled a W. R. Burnett (LITTLE CEASAR, HIGH SIERRA) story, about a pack of outlaws hiding out in a ghost town populated only by an old prospector and his daughter, Anne Baxter.  Also in this drama, suggested by Shakespeare’s THE TEMPEST, are Richard Widmark, John Russell and Harry Morgan.  The film will be introduced by Jeffrey Richardson, Gamble Curator of Western History, Popular Culture and Firearms.  Admission is included with museum admission, free to members.  Learn more HERE .

Spaghetti Western star and 3-D movie pioneer Tony Anthony will make a rare public appearance, with his co-star Lloyd Battista, on June 8th, for a screening of the new restoration of his 4th and final film in the ‘Stranger’ series, GET MEAN (1975).  West Virginia-born Tony started writing and acting in 1961 with FORCE OF IMPULSE and WITHOUT EACH OTHER; he went to Europe to act in the bullfight film WOUNDS OF HUNGER (1963), and stayed for years.  Tony Anthony is an unusual actor for his era, in that he wrote or co-wrote nearly all of his Westerns – notably BLINDMAN (1971), where he plays a blind bounty hunter, and his quarry is Ringo Starr.
The Cinefamily, formerly the Silent Movie, is located at 611 N. Fairfax Avenue, L.A., 90036 HERE .
is the link to buy tickets.  I know it’s a month away, but I’m posting this now because Cinefamiy events are very popular, and often sell out.

As part of their THIS IS WIDESCREEN series, The Academy of Motion Picture Arts & Sciences will screen Sergio Solima’s THE BIG GUNDOWN, starring Lee Van Cleef, Thursday, June 18th, at the Linwood Dunn Theatre in the Mary Pickford Center, 1313 Vine Street, Hollywood, CA 90028.  (Note, this is the Hollywood venue, not the Academy headquarters in Beverly Hills).  It’s a very unusual, well-told story, with lawman-turned-politician Van Cleef on the hunt for a degenerate criminal (Tomas Milian) who may be not as bad as the men who want him dead.  This is the new restoration from Grindhouse Releasing which Courtney Joyner and I got to see when we were doing audio commentary for their BluRay release, and it looks spectacular.  The price range is from $3 to $5, and you can learn more about the film, and order tickets HERE

If you’d like to buy the fabulous 4-disc set, including a CD of the brilliant Ennio Morricone soundtrack, go HERE .

One more thing before you go!  The screenings and events in this Round-up are all in Southern California, but this is not a strictly California blog.  It’s read in over ninety countries, and I want to serve the Western movie fan as well as I can, but I need your help.  If you know about any upcoming screenings or other western-related events anywhere in the world, please share them with me, and I’ll pass ‘em along!