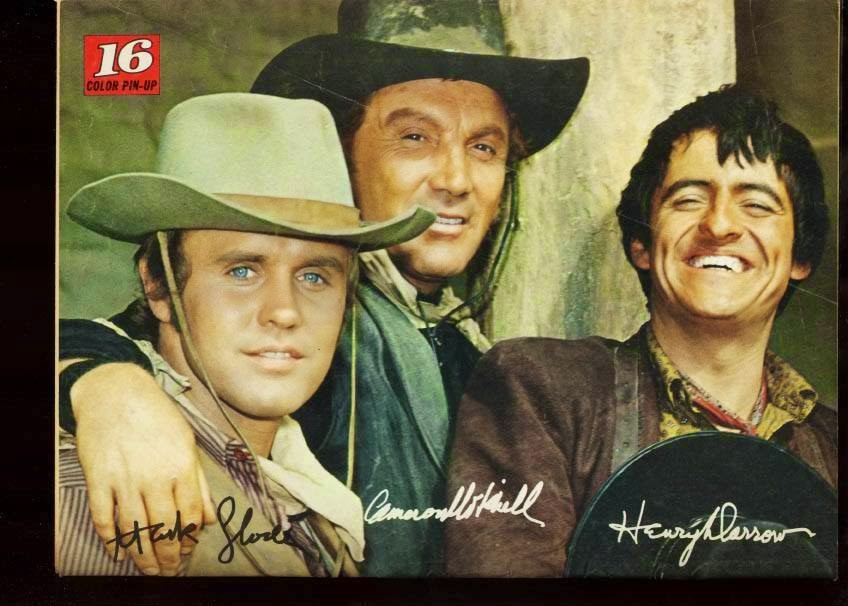 The ‘High Chaparral Reunion’, which starts this Thursday, March 19th, is the first event of its kind that I know of, to be webcast so that those of us who can’t get there can still watch in real time, and in fact can watch until April 8th!  And it’s just been announced that Charlie LeSueur, Arizona’s Official Western Film Historian, will be moderating many of the events.

Penny McQueen, Producer of the High Chaparral Reunion, told me, “Charlie is great; he's going to elevate things all around. I'm very excited about the webcast.  I'm sure it won't be polished and perfect, but then it's not supposed to be, as it’s real life, giving fans a way to see and participate when they can't come to the event in person.”

And Charlie LeSueur is asking for your input.  “I'm inviting you to send me your questions to ask the stars. Just go to my website, www.abouttheoldhollywoodtrail.com and find the discussion page. Or you can send them more privately at www.azfilmhistorian.com.”

The Reunion runs from Thursday, March 19th through Sunday, March 22nd, and the webcast will feature events on Thursday, Friday and Sunday.  For a complete schedule of events, go HERE. 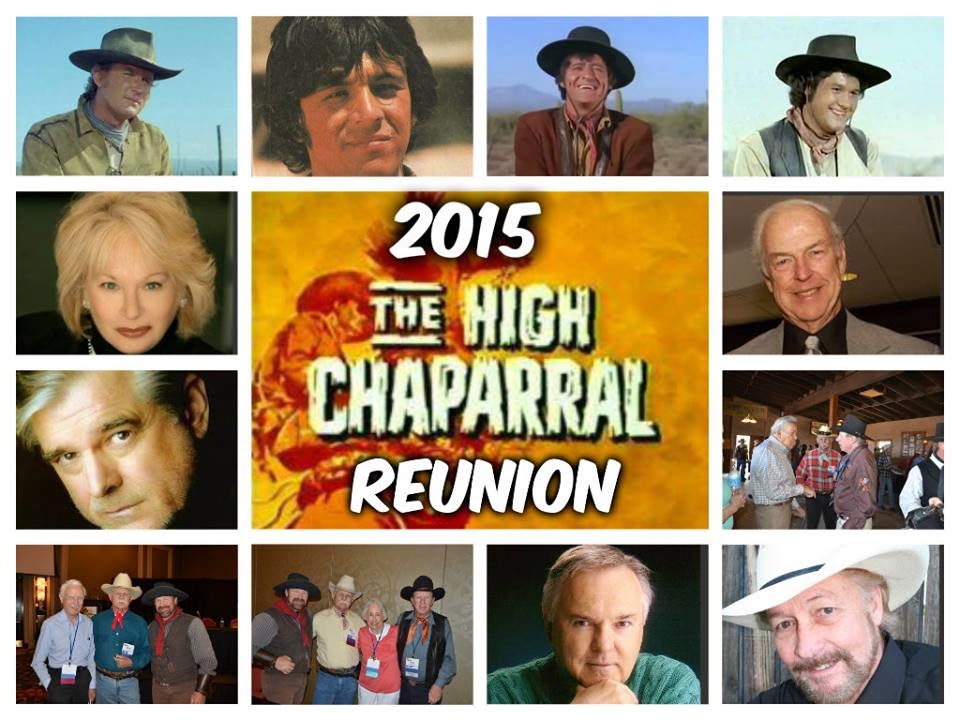 Penny tells me that among the events being webcasted will be Don Collier’s ‘Confessions of an Acting Cowboy’ on Sunday evening.  Throughout the weekend she’ll be inserting highlights from previous Reunion events.

One special thing Penny will be showing at the Reunion is the original HIGH CHAPARRAL pilot.  The copy comes from the family of William Claxton, who directed it, and directed eighteen episodes of the series – three times as many as anyone else.  (He also directed 57 BONANZAS, more than anyone else, and is acknowledged by many involved with either series as their best director.)  It’s from a faded 16mm print, but contains scenes that were never broadcast.

All Western-movie or TV get-togethers are fun, but there’s something very special about celebrating a show on the actually locations, and set buildings, where it was actually shot.  Just a short drive out of Tucson, Old Tucson Western Movie Ranch was built for the film ARIZONA (1940), starring William Holden and Jean Arthur, right on the edge of mountains and a saguaro-cactus desert.  Hundreds of Western films and TV shows have been shot there, and the streets built for RIO BRAVO have changed very little.  An arson fire some years ago destroyed a lot, but there is still much that is magical in the old place.  If you can’t go for the Reunion, find another time to go.

I saw this on Charlie LeSueur's Facebook page and had to 'borrow' it.  It's a 1979 Hubba Bubba Bubblegum commercial starring Don Collier and Dub Taylor. 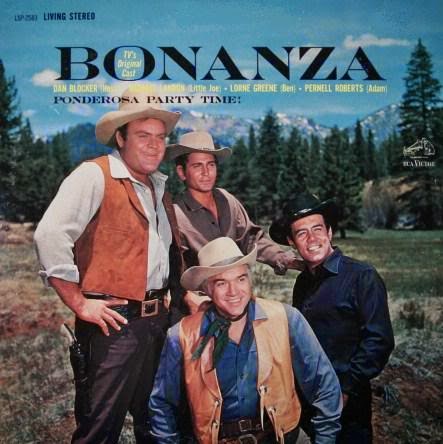 Last week I reported that INSP had acquired BONANZA: THE LOST EPISODES, and celebrated with a Sunday marathon.  At that time, I said the shows would become part of the regular INSP lineup in April.  Well, Melissa Prince, Director of INSP Corporate Communications tells me the response to the marathon was so enthusiastic that they’ve bumped the shows ahead a few weeks.  Two showed on Saturday, and two more will run next Sunday night – check the listings in your time zone and service! 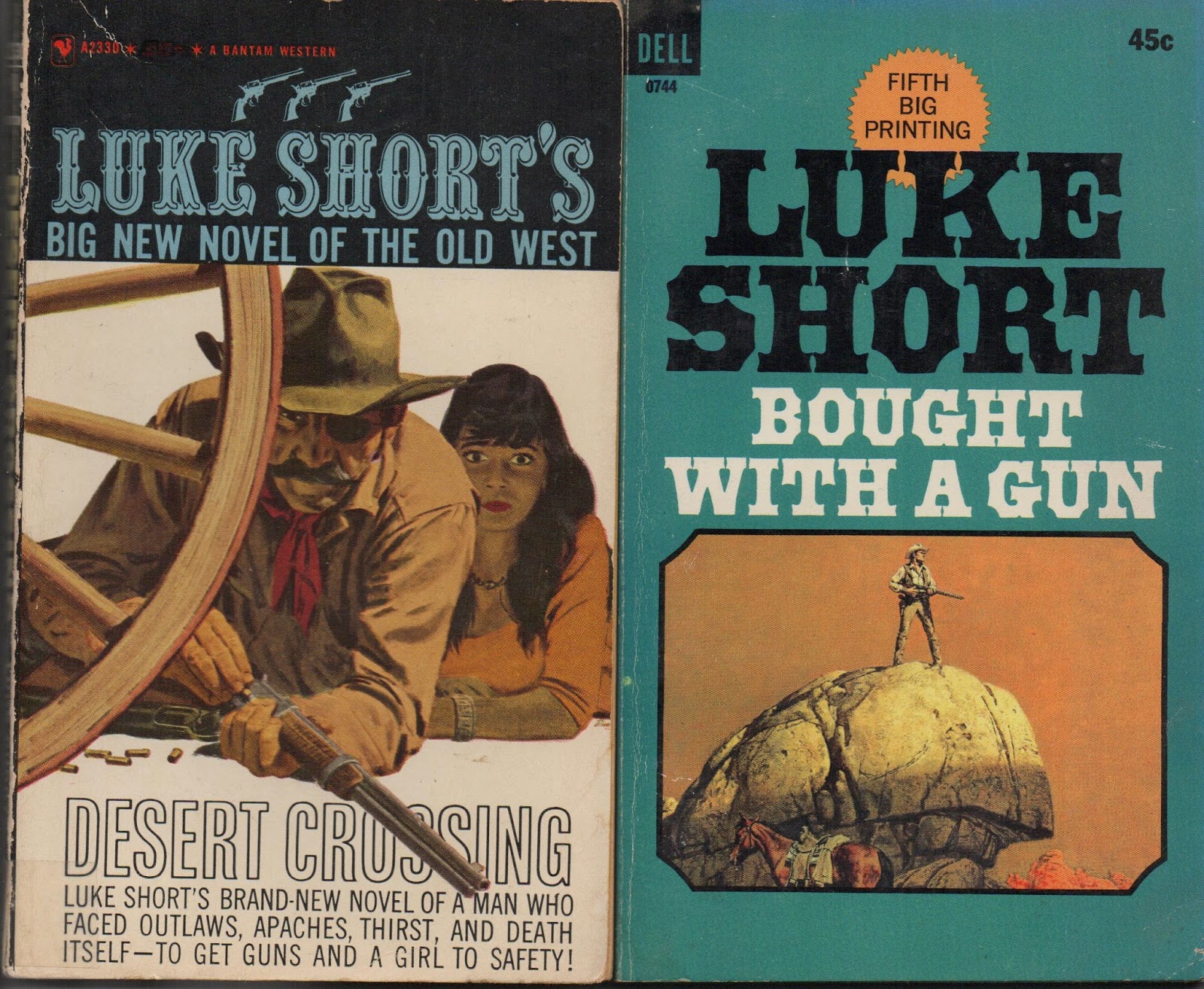 For decades fans of soft-back books have met annually to buy and sell, and for the second year in a row this event is being held at the Glendale Civic Auditorium, with a paltry admission price of five bucks.  More than 80 dealers will be showing their wares.  This is a not-to-be-missed event in my book – sorry – and I’ve always had great success filling in missing gaps in my Tarzan, Fu Manchu, Luke Short, and other series here.  You can buy very high end, or be a cheapie like me, and buy what are sneeringly called “reader copies”.  In addition to regular paperbacks, there are many pulp magazines of all genres.
Best of all, over 45 artists and authors will be attending and signing their books for free!  Sadly, there are rarely Western authors there, but among writers of particular interest are TWILIGHT ZONE writer George Clayton Jackson, TZ writer and THE WALTONS creator Earl Hamner Jr., sci-fi writers Ib Melchio, William F. Nolan, and Bob and Ray biographer David Pollack.  You can learn more HERE. 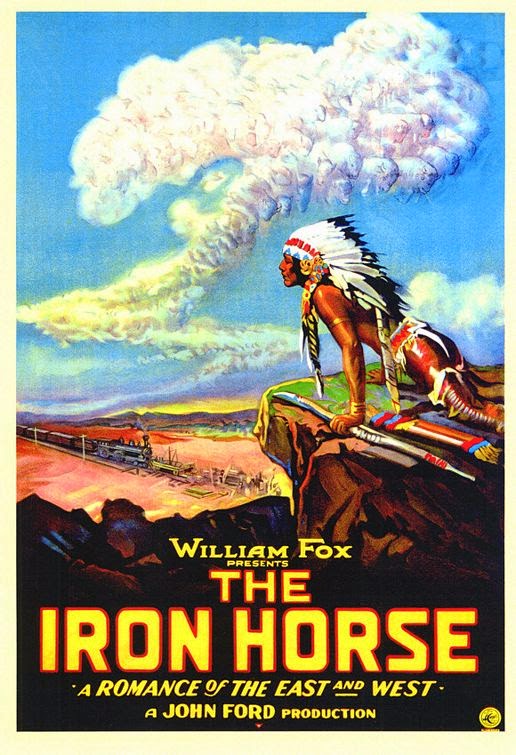 John Ford’s rarely seen 1924 silent Western about the building of the transcontinental railroad, THE IRON HORSE will be screened at 7pm on Thursday, March 26th, in 35mm, at the Autry.  And since, as The Autry reminds us, silent movies were never seen silent, it will be presented with a new soundtrack by Grammy-nominated composer Tom Peters.  It’s a computer-synchronized soundscape that will be partly performed live.  The cost is $10 for Autry members and students with I.D., $20 for non-members, and reservations are warmly suggested.  Visit TheAutry.org

‘MAN, PRIDE AND VENGEANCE’ COMING MAY 26TH TO BLU-RAY! 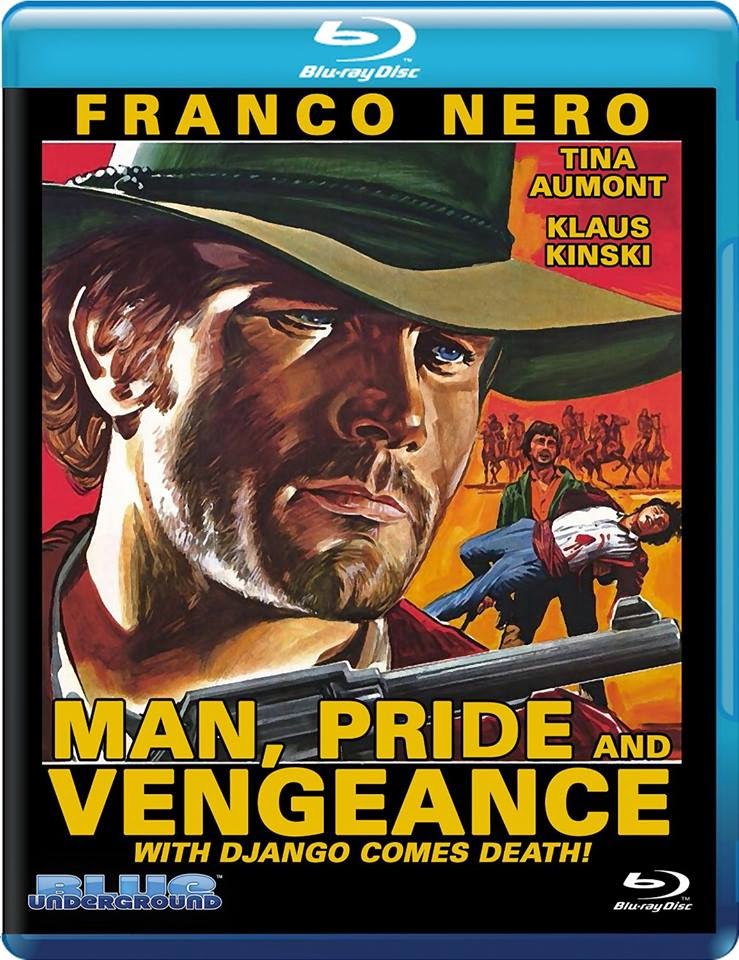 Just got word that the Blue Underground Blu-Ray of the fascinating MAN, PRIDE AND VENGEANCE will be released on May 26th.  Starring Franco Nero, Tina Aumont and Klaus Kinski, the film is directed by Luigi Bazzoni.  C. Courtney Joyner and I had a great time doing the audio commentary on this one, which was also released in some areas as WITH DJANGO COMES DEATH – a hoot considering that it not only is not a Django film, it’s actually based on the novel CARMEN, on which the Bizet opera is also based.  Blue Underground provided a copy to screen at the Los Angeles Italia Festival last month, and I’m told that it looked marvelous!  Below is the trailer, which also looks great. 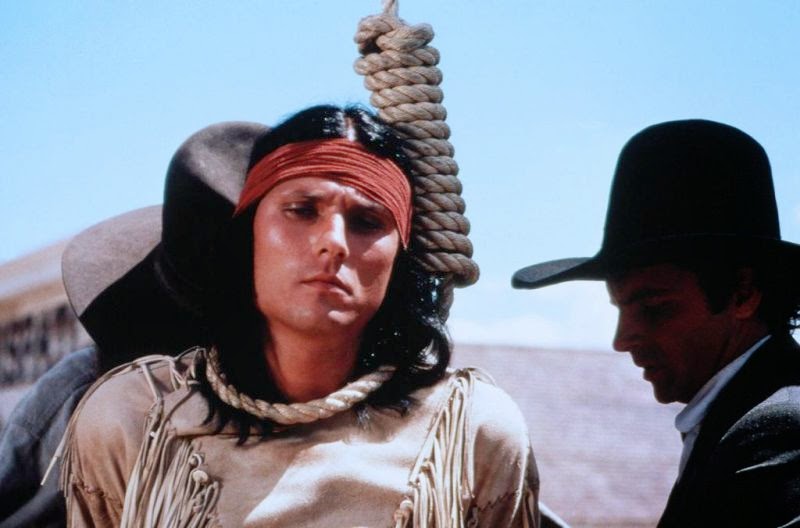 Next week, I’ll be sharing my interview with actor, stuntman, musician and artist Michael Horse, best known for his portrayal of Tonto in 1981’s THE LEGEND OF THE LONE RANGER!  I’ll also be updating my info on the coming TCM Classic Film Festival and the Santa Clarita Cowboy Festival!