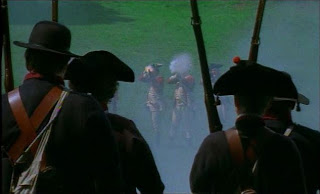 from the film THE BRAVE MAN

I’m just back from a week in my home town of New York, and while it’s pretty far East to be the West by some standards, it all depends on where – and when – you are sitting.  In the time of DRUMS ALONG THE MOHAWK, the Mohawk River was the West, and the Mohawk is a tributary of the Hudson River, which runs through New York City. 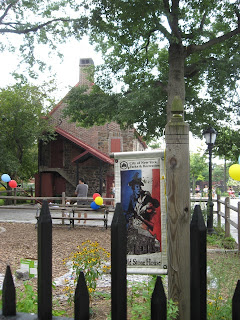 Anyway, I was surprised and delighted to learn that August 27th of 2013 is the 237th Anniversary of a crucial fight in the War of Independence known as The Battle of Brooklyn, and further, that the anniversary will be marked by several events this week – if you are in or near New York, I urge you to attend! 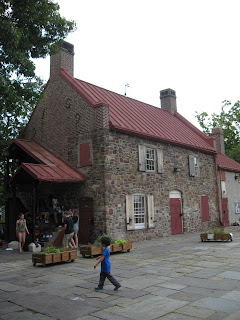 In the Brooklyn neighborhood of Park Slope, on 3rd Street, between 4th and 5th Avenues, surrounded by brownstones, sits a one-block park known as Washington Park.  An old house sits in the center, surrounded by playgrounds.  When I was growing up in the 1960s, I knew there was something historical there, but the neighborhood was so tough, and the park so drug-ridden that you didn’t even drive slowly by it.  Now the area in gentrified and welcoming, and the park is clean and attractive, and most importantly, the Old Stone House is accessible.  The Old Stone House was built by a Dutch farmer, and was already nearly a century old when, in 1776, it became a fortified British Army position. 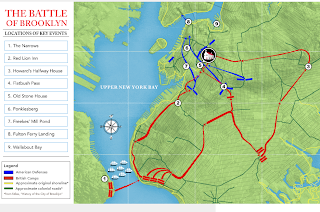 Shortly after the July 4th 1776 signing of the Declaration of Independence, 32,000 British and Hessian soldiers – German mercenaries – sailed to The Colonies.  In the area of New York they launched a series of lightning attacks on the Americans, and overran their outer defenses, poising the Continental Army on the brink of collapse.  Against the thousands of British troops were 400 American soldiers.  To quote from the Old Stone House pamphlet, “In a feat of sheer heroism, General William Alexander (Lord Stirling) organized several companies of Maryland and Delaware soldiers and attacked the British positions at The Stone House.  This provided a brief window for the Americans caught behind enemy lines to escape across the Gowanus Creek to the safety of the American fortifications in Brooklyn Heights.  Two nights later, under the cover of darkness and fog, General Washington effected his legendary retreat across the East River, saving his army to fight another day.” 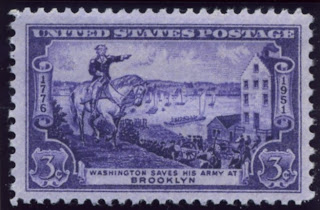 The Old Stone House had been allowed to deteriorate and nearly disappear, until it was rebuilt, largely with the original stones, during the 1930s, as a project of the W.P.A.(part of President Roosevelt’s ‘New Deal’ program, the Works Progress Administration).

Among the activities of the week-long observance, a display of 85 Revolutionary War Flags and their histories will be open now through Sunday, August 25th, at Green-Wood Cemetery, 5th Avenue at 25th Street, in Brooklyn.  On Wednesday, August 21st, at 6pm, you can ride a canoe in the Gowanus Canal and learn about this infamous escape route for American soldiers (learn more here: www.gowanuscanal.org). 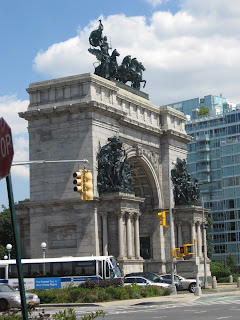 The Arch at Grand Army Plaza 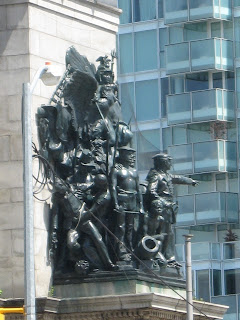 On Friday, August 25th, from 5 – 7 pm you can enjoy the Battle of Brooklyn neighborhood walk, led by Hunter College Archeology Prof. William J. Parry.  It starts at the northwest corner of the entrance to Prospect Park at Grand Army Plaza (a beautiful locale, which honors not the American Revolution but the Civil War – Grand Army Plaza as in Grand Army of the Republic).  Wear comfortable shoes and bring twelve bucks – learn more here: 718-768-3195  info@theoldstonehouse.org.  Also on Friday, 8:30 at the Old Stone House Dorothy Fennel and Concrete Timbre perform The Age of Pain(e), based on the writings of Thomas Paine (they perform part two at the same time on Saturday).

Also on Saturday, at 10 a.m. sharp, a Prison Ships Martyrs Memorial Ceremony will be held at the Martyrs Monument at Fort Green Park.  718-499-7600. From 11am to 3 pm you can Learn To Cook Like a Soldier at the Vander Ende-Onderdonk House (ten bucks, info at 718-456-1776, ridgewoodhistoricalsociety@gmail.com, http://www.onderdonkhouse.org/).  From 11 am to 4 pm witness The Great Escape With Reenactors from General John Glover’s Marblehead Regiment at Main Street/Brooklyn Bridge Park (718-768-3195, www.brooklynbridgepark.org). There’s also a Scavenger Hunt at the Brooklyn Navy Yard, more music and monologues, and from 5 to 9 a Revolutionary War Cocktail Party at the Old Stone House.

On Sunday, August 5th from 10 am until after 2 there will be the Battle of Brooklyn Commemoration at the Green-Wood Cemetery, which will include trolley tours (reservations required), lectures, living history, reenactments, period games and period food, Maryland Governor Martin O’Malley as guest speaker, and the reading of the names of the Maryland 400.
The Old Stone House is open every Saturday and Sunday from 11 am to 4 pm, and you can learn more at their website, www.theoldstonehouse.org.  You can also enjoy an 8 part audio/video tour about the Battle of Brooklyn, narrated by John Turturro, here: http://theoldstonehouse.org/battle-of-brooklyn/tour/ . 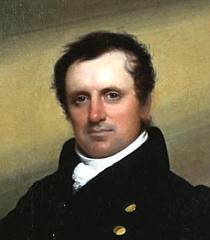 I attended NYU Film School in the 1970s, which is in the downtown Manhattan neighborhood of Greenwich Village.  The heart of the Village was 8th Street, and if you crossed 4th Avenue, 8th Street would change its name to St. Mark’s Place for two blocks, before dead-ending at the start of Alphabet City, starting with Avenue A.  I used to pass an old steam- bath called the St. Marks Baths, and on their wall was a plaque identifying the building as the former home of novelist James Fenimore Cooper, who fascinated readers with his Leatherstocking Tales, the most famous of them being LAST OF THE MOHICANS. 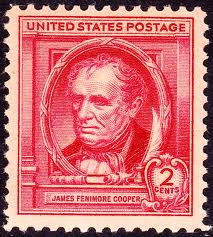 As one of the most popular and influential and talented Western writers of the nineteenth century, I wanted to get a picture of the plaque for the Round-up.  My friend Jonathan and I marched up and down the two-block street, but the plaque was nowhere to be seen.  The Baths is gone, just like Cooper, but I was fairly sure that I knew which building it was, and snapped a picture.  Jon’s research confirmed this – apparently the former Cooper manse is now the Trash & Vaudeville Boutique.  I’ve dropped a line to the James Fenimore Cooper Society website, and perhaps they’ll have more info. 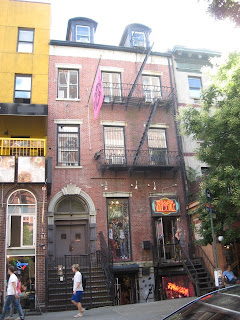 Pretty sure this was Cooper's home,
but where's the plaque?

That’s all for this week’s Round-up – as I said, I’ve been out of time, and have some catching up to do.