‘SIX BULLETS TO HELL!’ IS SHOOTING UP ALMERIA, SPAIN! 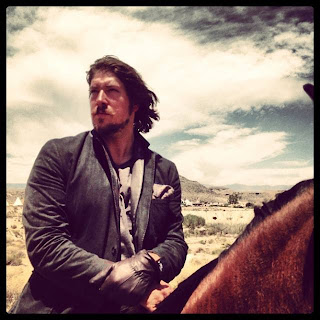 
Just got word that Tanner Beard, who co-starred in and wrote and directed the excellent Western LEGEND OF HELL’S GATE (read my review HERE ; read my interview with Tanner Beard HERE ), is in the stomping grounds of Leone and Corbucci and Solima – all the greatest Sergios --  making his second Western, ‘SIX BULLETS TO HELL!’ or ‘¡SEIS BALAS AL INFIERNO!’ 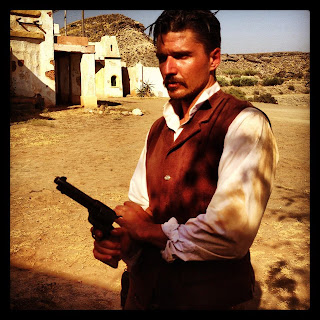 Tanner tells me, “It’s a throw-back to the old Spaghetti Westerns in the vein of the original DJANGO or A FEW DOLLARS MORE.  We're shooting on the sets of those films and where they also shot THE GOOD, THE BAD AND THE UGLY and ONCE UPON A TIME IN THE WEST, along with countless others here in Tabernas and Almería, Spain.” 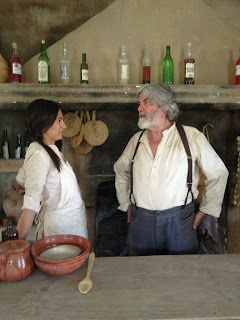 Interestingly, the inception of this film can be traced back to a festival last year, on those very locations.  Executive producer Danny Garcia tells me, “The script is co-written by Chip Baker and Jose L. Villanueva, and the first contact between us and Tanner happened at the last edition of the Almeria Western Film Festival, where Tanner won the audience prize with THE LEGEND OF HELL’S GATE.  We used Mini Hollywood (the set built by Leone for the film FOR A FEW DOLLARS MORE) and Fort Bravo (used in hundreds of Spaghetti Westerns as well: DEATH RIDES A HORSE, BLINDMAN, CHATO’S LAND, etc.) and we shot in the desert of Tabernas and the mountains of Abla for the epic final duel.” 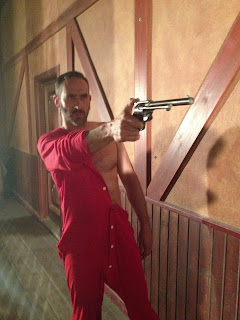 
Tanner gave me a quick run-down of some of the international cast and crew.  He’s joined by a pair of compatriots from HELL’S GATE, Ken Luckey and Russell Cummings; Russell is co-directing with Tanner, and Ken is associate producing.  “The cast and crew is made up of people from all over the world, so that's been crazy to have so many languages on set, but very cool.”  Among them is British Crispian Belrage, who was seen in last year’s Western WEST OF THUNDER as well as THE DONNER PARTY.   Beautiful Magda Rodriguez was just in FAST & FURIOUS 6.  Also lending his sinister presence in Aaron Stielstra, who was chilling as the villainous lead in the remarkable THE SCARLET WORM (read me review HERE ).  Spaniard Norberto Morán was seen in the most recent PIRATES OF THE CARRIBEAN film, as well as LUCKY LUKE AND THE DALTONS (2004). 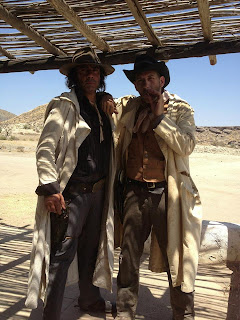 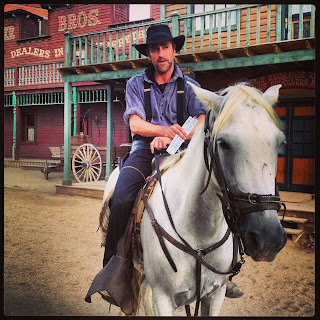 Chip Baker Films sounds very American, but it’s actually a Spanish company, and their previous films, documentaries, will be of particular interest to the rock and rollers among you: THE RISE AND FALL OF ‘THE CLASH’, and LOOKING FOR JOHNNY, about the life and mysterious death of celebrated guitarist Johnny Thunders.  Sharing exec producer duties with Tanner and Danny is Cesar Mendez, from Chip Baker Films and the Almeria Western Film Festival.  Stand by – I’ll have more details very soon! 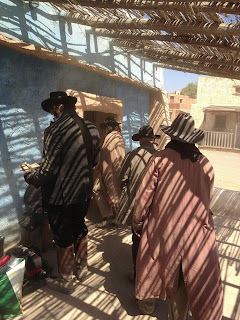 That's gonna have to do it, pards.  Between trying to finish a script, and acting in a play -- three performances so far, and six more to go -- I'm kinda fried.  Have a great week!  Coming soon -- my review of the two-part opener for season three of HELL ON WHEELS!  Here's a teaser!

All Original Contents Copyright July 2013 by Parke -- All Rights Reserved