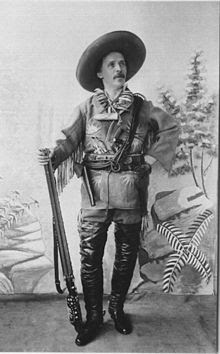 Winnetou, the Mescalero Apache chief created by German Western writer Karl May well over a century ago, may have a new life onscreen. Virtually unknown in the United States, where they are set, the tales of Winnetou, Old Shatterhand, Old Surehand and Old Firehand are among the most beloved and oft-read stories in the non-English-speaking world. But they’ve rarely been translated into English.

In the 1960s, the tremendously successful series of Winnetou films based on the books, made my Germans in what is now Croatia, were the start of the European, later Spaghetti, western film industry. All starring Pierre Brice as Winnetou, and most starring Lex Barker as Shatterhand, the mostly European casts included Rod Cameron, Stewart Granger, Guy Madison and Mario Girroti, later known as Terence Hill.

The shooting locations are the site of annual pilgrimages (see my article WINNETOU-PALOOZA HERE)
http://henryswesternroundup.blogspot.com/2011/04/winnetou-palooza.html
and various German television versions have been made over the years. Now the German film mini-major Constantin Film announces that they’ve signed Michael Blake, who scripted DANCES WITH WOLVES from his own novel, to adapt WINNETOU. Intended to shoot next year in New Mexico, it would be the first time one of May’s stories was filmed near its geographical setting. Incidentally, May did visit the U.S. once, in 1908, and despite frequent claims to the contrary, he wrote at least one more Western, WINNETOU IV, after the sojourn. Incidentally, there are other Winnetou projects in the works – the property is in public domain – and I’ll tell you more when I know more.

You may remember that the previous Round-up was devoted to the proposition that Westerns are NOT dead in spite of industry disappointment at COWBOYS & ALIENS’s box-office take (currently $110 million!). Speaking of bloated budgets, I said, “We’ll have to wait and see how ABRAHAM LINCOLN: VAMPIRE HUNTER does with its $70,000,000 outlay. As a Paramount Pictures insider put it to me, it’s a movie that should be made. But it should be made by The Asylum for $250,000.”

I just heard from The Asylum partner and production honcho David Latt: “Hey Henry! Thanks for the suggestion...and you'll be happy (sad?) to know that ABRAHAM LINCOLN VS. ZOMBIES is already in the works. Ours will cost less than $70 million. Promise.” And I bet I’ll enjoy their’s more. 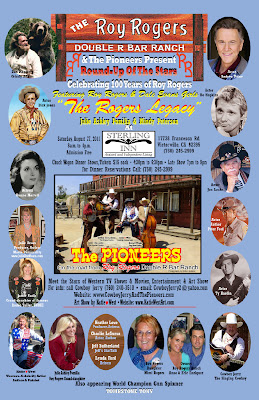 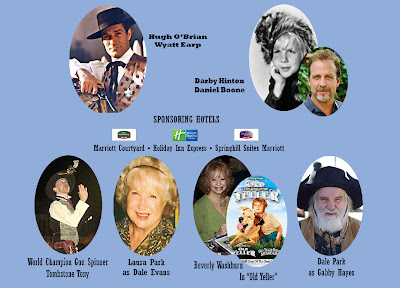 Events have been going on all summer around the country. Roy’s actual 100th birthday will be on November 5th, and the summer is a whole lot more convenient a time to celebrate. What promises to be a terrific event will be taking place Saturday, August 27th at Roy and Dale’s old Double R Bar Ranch in Victorville. Among those taking part in the festivities will be Roy’s daughter Mimi Rogers and grand-daughter Julie Ashley Pemilla, actors Dick Jones, Ty Hardin, Hugh O’Brien, Andrew Prine, Bo Hopkins, Dan Haggerty, Donna Martell, Darby Hinton and Beverly Washburn, and authors Julia Ann Ream and Charlie LeSueur. For all the particulars, go HERE.

AND WATCH ROY IN ‘BELLS OF SAN ANGELO’ AT THE AUTRY 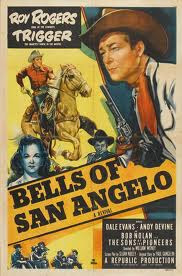 Also on Saturday, August 27th, at 2:00 p.m., the Autry will celebrate Roy Rogers’s 100th birthday with a special screening of Bells of San Angelo (1947). It features Roy, Dale, Andy Devine, David Sharpe, and of course, Trigger. It’s directed by William Witney from a Sloan Nibley screenplay. There will also be a discussion about the Autry’s efforts to conserve the Roy Rogers and Dale Evans Archive. 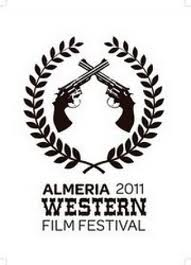 Spain’s fabled location of hundreds of Spaghetti Westerns will play host to the ALMERIA WESTERN FILM FESTIVAL September 8th through the 11th. In addition to screenings of TRUE GRIT and RANGO, here are some of the films which will be featured: BLACKTHORN, starring Sam Shepherd as Butch Cassidy, living in Bolivia under the name of James Blackthorn. GOODNIGHT FOR JUSTICE, a new western directed by Jason Priestly and starring his BEVERLY HILLS 90210 costar Luke Perry. THE MOUNTIE, a north-of-the-border tale starring Andrew Walker as a lone man in red who comes to clean up a corrupt town. THE WARRIOR’S WAY stars Kate Bosworth, Geoffrey Rush, and Dong-gun Jang, who plays a warrior/assassin hiding out in the American Badlands. THE SCARLET WORM, starring Spaghetti Western vets Brett Halsey and Dan van Husen. THE DEAD AND THE DAMNED, about ‘49ers getting Zombified. The festival jury will be presided over by actor Fabio Testi (FOUR OF THE APOCALYPSE) and director Eugenio Martin (BAD MAN’S RIVER). For more information, go to the official website HERE. http://www.almeriawesternfilmfestival.info/home.html

For 47 years the Cinecon Classic Film Festival has been a Labor Day tradition for Hollywood movie-lovers. Based at the Egyptian Theatre, the screenings and shopping at discussions start on Thursday, August 1st and end on Monday, August 5th. Among the highlights will be Q&As, by Julie Adams on Thursday at 8:35 pm; Jimmy Lydon on Saturday at 4:53 pm (I’m not making these times up); and Fay McKenzie on Sunday at 5:53 pm, following a to-be-announced Gene Autry film. 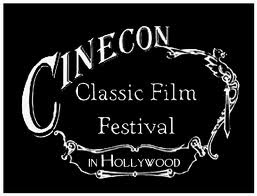 It’s almost hopeless trying to pick movie highlights because the range is so wide and eclectic. Western fans will be delighted to see the Civil War story THE COWARD (1915) from Ince Triangle Kaybee, just after noon on Monday, the western BLAZING DAYS (1927) directed by William Wyler on Thursday at 9:10 pm, but you’ll really need to visit their site to plan your time. The cost is $100 for the entire event, or $25 to $30 a day (some days are longer than others). Get all the details HERE.

And speaking of TCM, have I mentioned that the segment I was interviewed for is now viewable here?

RFD-TV has begun airing THE ROY ROGERS SHOW on Sundays at 9:00 a.m., with repeats the following Thursday and Saturday.

That's it for this week! In the next week or two I'll have the story of my visit to the GANG OF ROSES II set at Paramount Ranch!