PETER MARSHALL VS. THE DUKE! 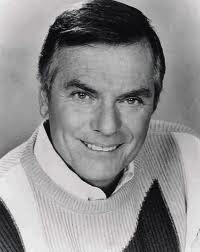 I recently had the pleasure of visiting the home of comedian and game show host Peter Marshall, in conjunction with a documentary that I’m working on. He and his wife have a beautiful home, which he built with his profits from the years he was teamed with Tommy Noonan as Noonan and Marshall, before he became a household name hosting THE HOLLYWOOD SQUARES. Peter gave us a fascinating and hilarious interview about comedian and SQUARES regular George Gobel.

As we were leaving, I had to ask Peter about a framed letter from the great John Wayne. It’s a little unusual because it appeared to be…well, a threatening letter. It came about because of a question to a contestant on THE HOLLYWOOD SQUARES. Peter had asked, “According to Rona Barrett (the gossip columnist), what do John Wayne’s children call him? And the answer was ‘sir.’ And he took umbrage to that.”

I take a dim view of your assumptions concerning my life and my family. My children are the dearest things in my life, and I speak to them with nothing but affection; and I God damned well resent your saying that I make them call me Sir, and I suggest that you correct it on your show or don’t ever pass me on the street.

I am available. I have an office with two secretaries. It is mighty easy to check the verity of your trivia. Please don’t misunderstand me. I mean this.

“So I wrote him a letter, and I apologized, and said I didn’t write the question – I was the host. But it’s one of my favorite things I own.”


COWBOYS & ALIENS IS (OR ARE) ALMOST HERE! 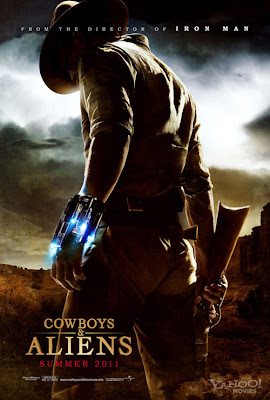 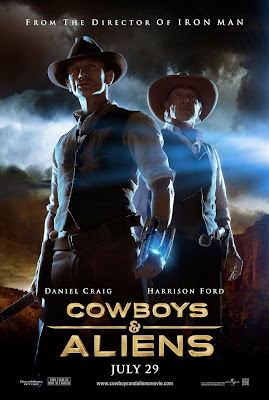 On July 29th, the much-anticipated feature-film version of the comic book will reach the screen everywhere! Directed by Jon Favreau of IRON MAN I & II fame, the film toplines Daniel Craig, Olivia Wilde and Harrison Ford, with a strong supporting cast of familiar Western faces like Sam Rockwell, Paul Dano, Keith Carradine, Adam Beach and Buck Taylor. Interestingly, while the original poster featured only Craig, the current poster features Craig and Ford side-by-side, recognition that, in Favreau’s words, “Harrison Ford is our generation’s John Wayne,” and a definite selling point for a western, with or without aliens. To see the TRAILER, click HERE. To see a FEATURETTE featuring Favreau, producers Stephen Spielberg and Ron Howard, and the writers, click HERE. 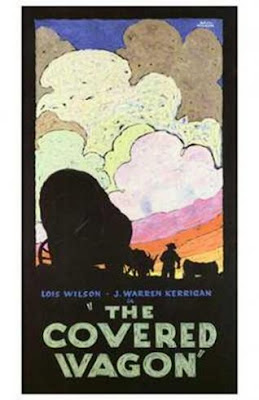 In L.A., the best entertainment deal of the summer has long been the film series at the Academy of Motion Picture Arts and Sciences. This year it’s SUMMER OF SILENTS, featuring nine silent features that have won the Photoplay Magazine Medal of Honor, an award that predates the Oscars.

On Monday, July 11th James Cruze’s 1923 epic of the Oregon Trail, THE COVERED WAGON, starring J. Warren Kerrigan, Lois Wilson and Alan Hale, will screen in 35mm, and tickets are still available for $5 a piece. Live musical accompaniment will be by Bill Ryan and the Cactus County Cowboys. Also screened will be the few reels that survive from ABRAHAM LINCOLN (1924). It’s directed by Phil Rosen, who started as a cameraman for Edison in 1912, and is best known for his Charlie Chan movies. The screenplay is by Oscar-winner (for THE BIG HOUSE and THE CHAMP) Frances Marion. An actress who was a child when she appeared in the film will be present to discuss it!

To buy tickets, go to HERE or visit the box office 9 to 5 on weekdays at 8949 Wilshire Boulevard, Beverly Hills, CA 90211.
http://www.oscars.org/events-exhibitions/venues-ticketing/index.html

COURSE ON LOCATION FILMING IN L.A. TAUGHT BY KARIE BIBLE 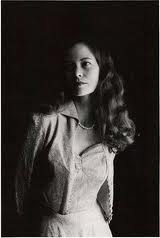 Karie Bible, co-author of Location Filming In Los Angeles – see my review HERE, and one of the most knowledgeable people about Hollywood history who you could ever hope to meet, will teach a five-part course on Thursday nights, 7/7/2011 to 8/4/2011, from 7:30 to 9:30 pm at Vidiot’s Annex at 302 Pico Blvd. Santa Monica, CA. The price is $129.95, but click HERE to learn how to cut that down by seventy bucks! 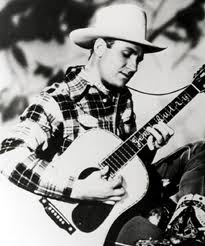 Every Friday in July Turner Classic Movies will be saluting the singing cowboy in the movies. The first Friday featured Roy Rogers. This coming Friday, July 8th, that star of the night is Gene Autry, who’ll be seen in OLD CORRAL, HOME ON THE PRAIRIE, BACK IN THE SADDLE, TEXANS NEVER CRY and WAGON TEAM. Also on the 8th – I don’t know at what time yet – TCM will run the short documentary I was interviewed for, about folks who are nuts for Westerns. On July 15th the night is split between Tex Ritter and Jimmy Wakely, July 22nd it’s Dick Foran and Monte Hale, and on July 29th we’ll hear from Rex Allen, Herbert Jeffrey and Ken Maynard. 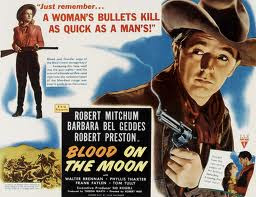 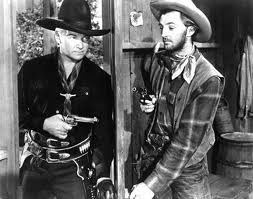 Weekends in July will be packed with double-bills of that sleepy-eyed cowpoke Robert Mitchum, presented at the Billy Wilder Theatre in the Westwood Hammer Museum. It all starts Friday, July 8th at 7:30 PM with PURSUED (1947), directed by Raoul Walsh from a Niven Busch screenplay, and BLOOD ON THE MOON (1948), directed by Robert Wise from a Lillian Hayward script. Saturday July 9th it’s Nicholas Ray’s THE LUSTY MEN scripted by They Shoot Horses, Don’t They? novelist Horace McCoy. On Sunday July 10th, at 11:00 a.m., it’s THE RED PONY (1949) scripted by John Steinbeck from his own stories, and directed by Lewis Milestone. This one’s not just family-friendly, it’s free! All the screenings listed are in 35MM, and later in the month will be THE SUNDOWNERS, TRACK OF THE CAT, RIVER OF NO RETURN, THE WONDERFUL COUNTRY, WEST OF THE PECOS, RACHEL AND THE STRANGER, and EL DORADO. To learn more go HERE. 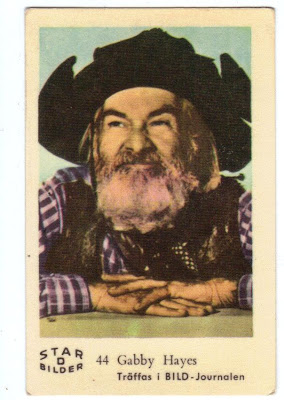 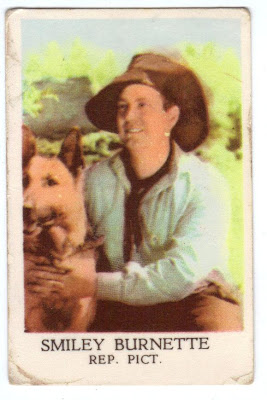 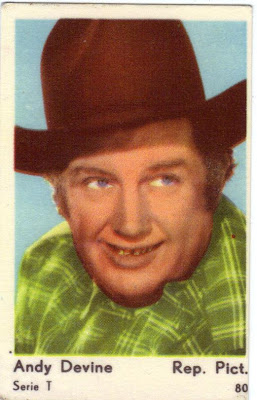 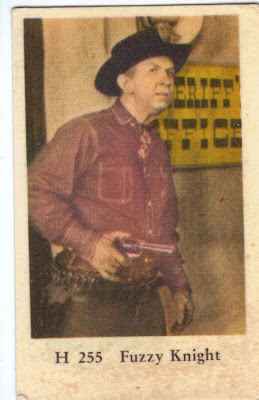 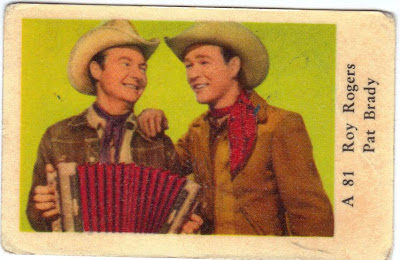 The pictures above are from Swedish gum cards. Their actual size is 1 ¾” by 2 ¾”, about the same as cigarette insert cards. They were very popular with kids in Europe when they started appearing around 1950, and were issued well into the 1970s. It’s hard to gather much definite history on them because they were issued and reissued over the years in many countries – Holland, Belgium and France among others. Mostly they were found singly in gum or candy, but sometimes they were sold in whole sheets. Western themes were very popular, and here is a selection of popular sidekicks. 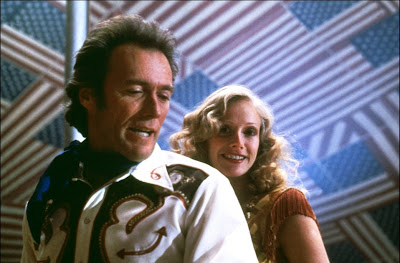 Have a wonderful day, fly your flag, blow some things up if you get the chance, and don’t forget the folks who’re in uniform, letting us stay independent! I work with OPERATION GRATITUDE when I get a chance (not nearly often enough),and there are other fine organizations that help our military, and others that help our vets.
http://www.opgratitude.com/