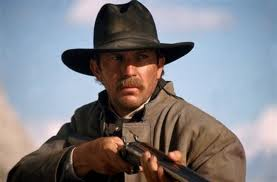 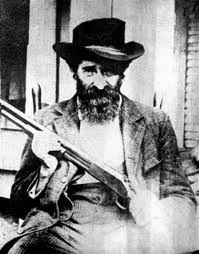 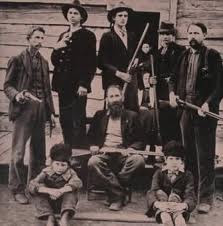 (Updated 5/30 - see SUMMER OF SILENTS)
The man who won Best Director and Best Picture Oscars, and was nominated for Best Actor, for DANCES WITH WOLVES (1991), will star in THE HATFIELDS AND THE MCCOYS, a miniseries announced for the History Channel. Although the channel is known for documentaries, this will be a dramatic presentation based on the infamous decade-long Kentucky feud that began near the end of the Civil War, and saw the murder of at least a dozen men – some versions of the events say many more.

Costner, who has played many real-life people, from Wyatt Earp to Eliot Ness to Jim Garrison, will portray Hatfield patriarch Devil Anse Hatfield – a role played by Jack Palance in a 1975 MOW. Set for the 2012 season, the show will be produced by Leslie Greif, who produced WALKER, TEXAS RANGER. 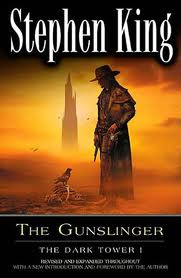 Yes, another sci-fi western, based on Stephen King’s novel THE DARK TOWER, is set to roll camera in the spring, with Ron Howard at the helm. Howard is no stranger to the Western form, from behind the camera, where he directed FAR AND AWAY and THE MISSING, or in front of the camera, where he starred in THE SHOOTIST and THE SPIKES GANG, and series like BIG VALLEY, BONANZA and GUNSMOKE.

The script is by Akiva Goldsman, a frequent Howard collaborator who also scripted I AM LEGEND, CINDERELLA MAN, and won an Oscar for A BEAUTIFUL MIND. A very large and complex undertaking, DARK TOWER involves three feature films and possibly two TV series. A week ago, Universal, balking at the price tag, threatened to pull the plug, but seems to have reconsidered. Javier Bardem had been announced as the lead, but that is now in doubt. Says Howard, “I can’t really say who’ll be in it yet, buy Javier Bardem has shown a great deal of interest. We’ll know by the end of the summer, when our flashing green light goes solid. We had to pull back to our September start date due to budget delays and ongoing story development and logistical issues, but DARK TOWER is moving forward.” 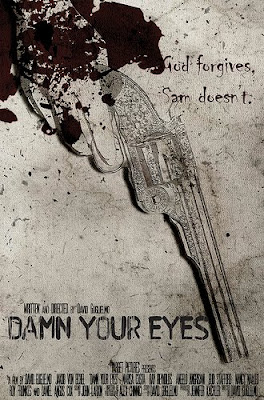 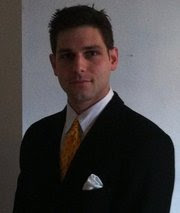 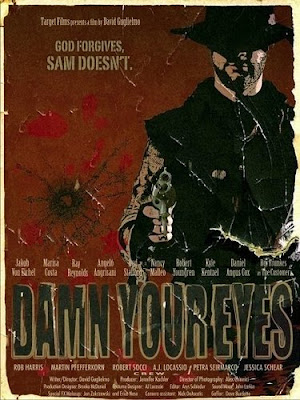 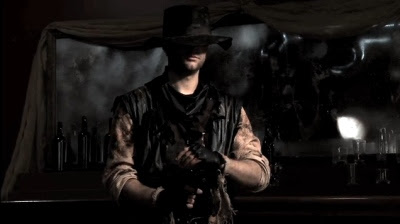 DAMN YOUR EYES is a 19 minute Western film directed by 24 year old David Guglielmo. He graduated from the School of Visual Arts in New York City in 2009. DAMN YOUR EYES is his thesis film, a demo for the feature version he plans, and was produced by Jennifer Joelle Kachler and shot by Alex Chinnici.

I think DAMN YOUR EYES is an impressive piece of work, and instead of just giving you a link to the trailer, you can see the entire movie HERE. I warn you that some of the dialogue and visuals are pretty rough, in keeping with the Spaghetti Western tone.

SUMMER OF SILENTS AT ACADEMY FEATURES ‘COVERED WAGON, ‘THE GENERAL’
In L.A., the best entertainment deal of the summer has long been the film series at the Academy of Motion Picture Arts and Sciences. Previous series have featured Oscar winners, Oscar nominees, and last summer it was Oscar-nominated Film Noir Screenplays. This year it’s SUMMER OF SILENTS, featuring nine silent features that have won the Photoplay Magazine Medal of Honor, an award that predates the Oscars.

Tickets go on sale June 1st, which is Wednesday, but you can start buying online at midnight Tuesday night, and knowing the tendency of these programs to sell out, that’s when I buy mine. To buy tickets, go to HERE or visit the box office 9 to 5 on weekdays at 8949 Wilshire Boulevard, Beverly Hills, CA 90211.


LAST OF THE INDIAN CHIEF CARDS 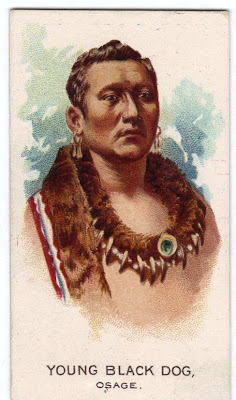 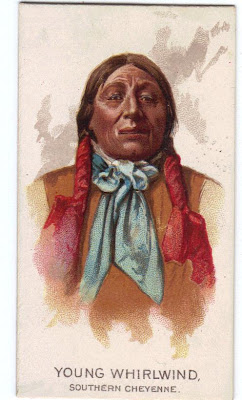 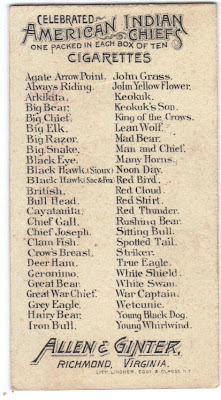 About half a year ago, doing some much-needed office cleaning, I came upon a set of fifty cigarette insert cards that my father had given me more than thirty years ago. Forerunners of bubble-gum cards, they measure 1 ½” by 2 ¾ ”, and are the ‘Celebrated American Indian Chiefs’ collection, from Allen & Ginter of Richmond, Virginia, and date from 1888. I’ve been running two a week, and today I share the last two, plus a check-list. In the next week or so I’ll be putting the whole set in the photo section of our Facebook page. Hope you enjoy them

The first Saturday of every month, The Autry presents a free Gene double feature at noon. The first is always pre-war a Republic Picture, the second is always a post-war Columbia. First it’s PUBLIC COWBOY #1 (1937) and pits Gene against modern (for 1937) rustlers with refrigerator trucks and walkie-talkies. Next is RIDERS OF THE WHISTLING PINES (1949), where Gene must fight unscrupulous lumbermen and DDT! Normally the films are shown in the smaller Imagination Galley, but this time they’re in the roomier and more comfortable Wells Fargo Theatre!

At 2:30 pm Pacific time catch IN OLD CALIENTE (1951) starring Roy and Dale. Son Roy ‘Dusty’ Rogers and grandson Dustin do the intros, and have interesting things to say about the unpopularity of short-time sidekick Pinky Lee. But when they start giving away too much plot, stick your fingers in your ears and yodel!

That's about it. My wife just handed me a newspaper ad about a North Valley Heritage Festival Saturday and Sunday, June 4th and 5th -- I'll find out about it, and update you here and on Facebook. In the meantime, don't forget to take time to remember that Memorial Day is not just a three day weekend, it's the day we honor our brave war dead who have kept up free all of these years FLY YOUR FLAG!