RETURN OF THE NATIVE (AMERICAN) 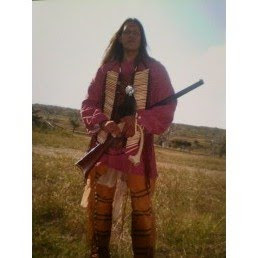 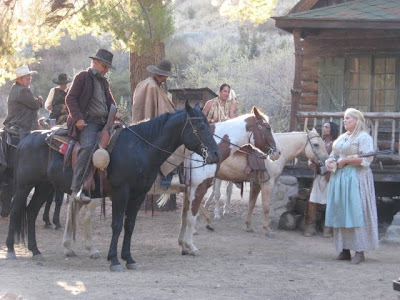 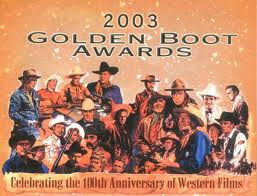 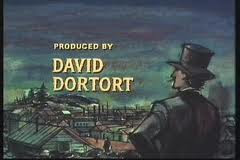 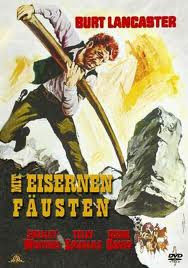 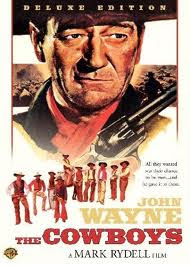 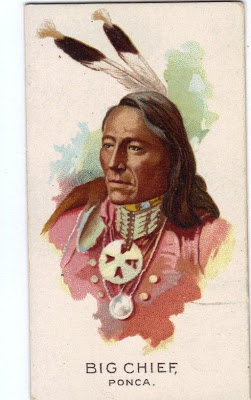 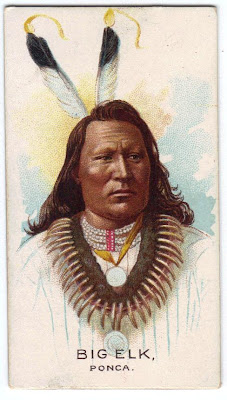 (Updated Thursday 12/16 -- see ROY ROGERS CHRISTMAS MOVIE)
I’ve received some nice comments about the Cody Jones article last week, but when I looked through it again I realized that in editing my interview, I dropped all reference to his most recent film, Hard Times in HWood. The short film isn’t a Western, but it’s Cody’s first lead. Written and directed by Sally Kemper, it’s about a young man’s search for success, with the help of his neighbors, guys who are looking for love during tough times in Hollywood. Cody costars with popular stand-up comic Felipe Esparza.

I just got to see the first trailer for Yellow Rock, and it looks terrific – sorry I’m not allowed to share it yet. Round-up regulars know I’ve covered the Michael Biehn/James Russo starrer extensively. Producer/writer/actress Lenore Andriel tells me that a rough cut is almost complete. Nice to know we’ve got another solid western to look forward to.

On Thursday, December 9th, I was watching JEOPARDY, and was delighted to see one of the question topics was ‘The Golden Boot Awards’, the annual event that Gene Autry sidekick Pat Buttram began in 1983 as a benefit for the Motion Picture and Television Fund. It ran for twenty-five years, until they ran out of people to give awards to. Of all the questions asked, there was only one correct answer given, and none of the contestants ventured to take a guess at any of the others. Like to know what the three doofuses couldn’t answer? For $400: in 1983 this singing cowboy & sports owner got one of the first Golden Boots, given for work in Westerns. No one said Gene Autry. For $800, Liz correctly answered: This 1992 recipient hosted TV’s ‘Death Valley Days’ & went far in politics (Ronald Reagan). For $1200: In 1998 this actor recited the Lone Ranger’s Creed as he received the Founder’s Award (Clayton Moore.) For $1600: In 1985 he was honored with a Golden Boot; he also won a Medal of Honor for his deeds in World War II (Audie Murphy). They ran out of time before they got to the $2000 question, but I doubt they could have answered it: He was the star of the Roy Rogers Show. Just to show that their moronitude isn’t limited to Westerns, even being told that the word contains two of the letter ‘e’ together, followed by a third ‘e’, no one could tell Alex that ‘This type of hunting cap is associated with Sherlock Holmes,’ was a deer-stalker.

This Saturday, Dec. 18th, RFD-TV, which has been showing pictures from the early 1940s, jumps ahead a decade with Roy's Christmas movie, TRAIL OF ROBIN HOOD (1950). It involves Christmas-tree rustles muscling in on Jack Holt's Christmas tree farm. It's shot in Republic's own Trucolor, a process that reproduced blue poorly, but red and green very well -- which is why most of Republic's leading ladies of the era were redheads, and why green Christmas trees seem like an ideal subject. The picture features the entire Republic star roster of the day: Roy, Rex Allen, Allan 'Rocky' Lane, Ray 'Crash' Corrigan, Monte Hale, Kermit Maynard, Tom Tyler, Tom Keene -- not to mention Penny Edwards, Trigger, and Gordon Jones -- Mike The Cop from the Abbott and Costello Show.

On September 5th, 2010, David Dortort, the man who created the Cartwrights, Western television’s most enduring family, died at the age of 93, outliving all of the actors who portrayed the Cartwrights. Although frail, last year he attended the 50th Anniversary Celebration of Bonanza at the Autry, where it was announced that the museum had acquired the David Dortort archives – and he even pledged $100,000 to help with their preservation. Bonanza started in 1959 and ran for fourteen years and 425 episodes. In the sixties he created another very successful series, this time a dysfunctional one. High Chaparral ran for nearly one hundred episodes. To learn more about this remarkable talented writer producer, check out his on-camera interview with The Archive of American Television HERE.

Writer William W. Norton died on October 1st. It’s not unusual to hear about a screenwriter having been called to testify before the House Un-American Activities Committee, but when Norton was called, he wouldn’t be a screenwriter for several years: he was called when he was a Park Ranger at Los Encinos State Park (coincidentally, more about that park below). After testifying he fled to Cuba for a year, then, becoming disenchanted with Castro, he moved to Mexico, and eventually snuck back into the U.S., eventually learning that the FBI was no longer looking for him. He started writing exploitation films in the early sixties, got noticed by Levy-Gardner-Laven, and wrote the Burt Lancaster starrer The Scalphunters, the Burt Reynolds comedy western Sam Whiskey, and several episodes of The Big Valley. He later co-wrote the John Wayne cop-actioner Brannigan, also for Levy-Gardner-Laven. He had a slew of non-western screen credits as well, but never lost his interest in politics. He was arrested in France in 1985 for running guns for the Irish Republican Army, and served two years in a French prison. To read an interesting interview with the late Mr. Norton, CLICK HERE.

WRITER IRVING RAVETCH – HALF OF RAVETCH AND FRANK – DIES

Screenwriter Irving Ravetch who, with his wife and writing partner Harriet Frank Jr., wrote screenplays for many fine Westerns and mainstream movies, died on September 19th, at the age of 89. Recognized for films like Norma Rae and Hud, they excelled in outdoor pictures. Sometimes alone and more often with his wife, he wrote for some of the great Western screen icons: The Outriders (1950) and The Lone Hand (1953) for Joel McCrea, Vengeance Valley (1951) for Burt Lancaster, Ten Wanted Men (1955) for Randolph Scott, Run For Cover (1955) for James Cagney, Home From The Hill (1960) for Robert Mitchum, Hombre (1967) for Paul Newman, The Reivers (1969) for Steve McQueen, The Cowboys (1972) for John Wayne, and The Spikes Gang (1974) for Lee Marvin. To see an example of his work, CLICK HERE to watch Vengeance Valley in it’s entirety.

That's it for this week, friends, unless I add some bits and pieces in a day or two. Sure lost a lot of important writers lately, and I woldn't have known if not for the Writers Guild magazine, Written By.