WEST FESTS IN LONE PINE AND ALMERIA IN OCTOBER!


Hey there, world travelers!  In October, Almeria, Spain and Lone Pine, California will both play host to Western film festivals!  Both are locations where numerous Western movies were made. 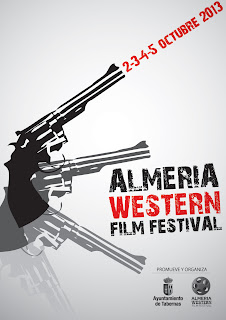 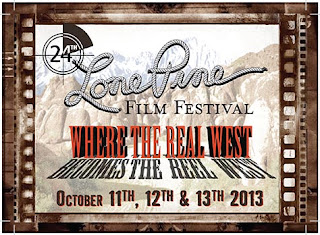 Then catch your breath, get over your jet-lag, and head to the 24th Annual Lone Pine Film Festival.  Lone Pine, Where the Real West Becomes the Reel West is this year’s theme.  Blessed with breath-taking vistas, stark desert and the famed Alabama Hills, Lone Pine was a favorite locale for Republic, Paramount, Universal, and Warner Brothers westerns.  Among the many guests attending are Mariette Hartley, Clu Gulager, L.Q. Jones, Andrew Prine, Peggy Stewart, stunt coordinators Diamond Farnsworth and Loren Janes, and Billy King, who appeared in four Lone Pine-shot Hopalong Cassidy films in the 1930s.  Leonard Maltin and Ed Hulse will host celebrity panels.   There are many tours and events scheduled, from visits to the Bar 20 ranch to the sets of GUNGA DIN.  I don’t have a list of all the films to be screened, but they include HEART OF ARIZONA and other Hopalong Cassidy films; RIDE LONESOME starring Randolph Scott; Sam Peckinpah’s RIDE THE HIGH COUNTRY, which introduced Mariette Hartley; WESTWARD HO starring John Wayne; SHOWDOWN starring Audie Murphy, and many others.  To learn more, go here: http://www.lonepinefilmfestival.org/ 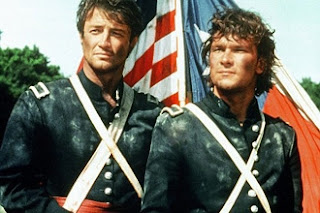 The Discovery Channel has ordered a remake of NORTH AND SOUTH, the 1985 ratings giant mini-series, to be produced by Lionsgate, exec produced by John Jakes, whose novels are the basis for mini, and its two sequels.  The original, which starred James Read as Patrick Swayze as West Point friends who find themselves on opposite sides of the Civil War, averaged an astonishing 40 million viewers per episode.  The tremendous supporting cast included Elizabeth Taylor, Johnny Cash, Hal Holbrook, Robert Mitchum, and dozens of other famous names and faces.   More details soon!


As I reported back in June of 2010 (the article is HERE if you missed it ) seventy-five silent American films, thought to be lost, were discovered in a search of the New Zealand Film Archive.  Ironically, the New Zealand archive holds a substantial number of rare non-Kiwi movies because, by the time a film, being distributed around the world, reached far-away New Zealand, it was cheaper to just leave the film there than to pay to have it shipped back to the States. In N.Z. Archive manager Steve Russell's words, "It's one of the rare cases when the tyranny of distance has worked in our and the films' favor." Two of the westerns are THE GIRL STAGE DRIVER(1914), and Selig Polyscope picture, THE SERGEANT - TOLD IN THE YOSEMITE VALLEY (1910).


The New Zealand Film Archives and National Film Preservation Foundation have been working to preserve the films ever since, and on September 24th, their fruits of their labor will be available.  LOST & FOUND - AMERICAN TREASURES FROM THE NEW ZEALAND FILM ARCHIVES, a 3 ¼ hour DVD will feature the preserved films, and while a complete list is not yet available, it will in include John Ford’s UPSTREAM (1927); a trailer for his lost film STRONG BOY (1929); the opening reels from Hitchcock’s earliest surviving film, THE WHITE SHADOW (1924); FAMOUS RIDE ON A RUNAWAY TRAIN (1921); WON IN A CUPBOARD, directed by and starring Mabel Normand, and many more.  Selling for $24.95 from onlinedealers, the DVD has music by silent movie maestros Michael D. Mortilla and Donald Sosin, and includes a 56 page catalog with film notes and credits.  You can learn more at www.filmpreservation.org.  and you can see a trailer by clicking HERE. 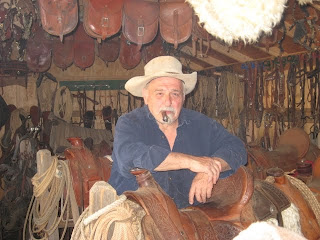 Got a very amusing call from actor/author/armorer/prop man Peter Sherayko (If you don’t know Peter, Texas Jack Vermillion from TOMBSTONE, read my interview with him HERE ) .  He’d been catching up on the Round-up, and was amazed to read the continuing saga of the search for James Fenimore Cooper’s home in New York City.  (If you missed this, the link to the final chapter of the story is in the Round-up entry HERE .)  With the help of the James Fenimore Cooper Society, and the New York Historical Society, we finally determined that the Last of the Mohicans author had lived at 6 St. Marks Place from 1834 to 1836.


Peter Sherayko, who knows more about Western literature than just about anyone I know, used to live right next door, at 8 St. Marks Place.  I had hoped to pump him for ‘what was Fenimore really like?’ stories, but their periods of residence did not overlap.  Fresh from the Air Force, Peter lived in the apartment for six months in the early 1970s, while attending NYU.  “I had no idea one of my heroes had lived next door!”  I tactfully mentioned that the neighborhood had taken a downturn during the War Between The States.  Peter didn’t think it had improved much by his time.  “It was pretty funky.  I remember the bathtub was in the kitchen, and there was one toilet for all the apartments on the floor.”


One of the busiest men I know, Peter will be working in various capacities on a string of up-coming productions.  Among them, WESTERN RELIGION will soon be rolling at the Paramount Ranch.  Then he’ll be heading to Old Tucson to work on the sequel to HOT BATH AN’ A STIFF DRINK (if you missed my piece about that film’s rough cut, go HERE  ).  Then there’s THE HEADLESS for FRIDAY THE 13TH impresario Sean Cunningham.  In January he’ll be at the Melody and Veluzat Ranches for SOUND OF THUNDER.   And from September 27th to the 29th he’ll be at Calico Ghost Town for the annual CALICO DAYS celebration, hosting a series pilot, BIG HISTORY, that would travel the country, spotlighting historical celebrations.


That’s it for this week’s Round-up!  I just conducted a fascinating interview with Karla Buhlman, President of Gene Autry Entertainment.  She had a lot of insight into Gene’s approach to television; next week I’ll be running that interview in conjunction with my review of the release of the final season of THE GENE AUTRY SHOW on DVD.  And hopefully the following week I’ll have my review of the new Western SWEETWATER, starring January Jones, Ed Harris and Jason Isaacs.
Happy trails,