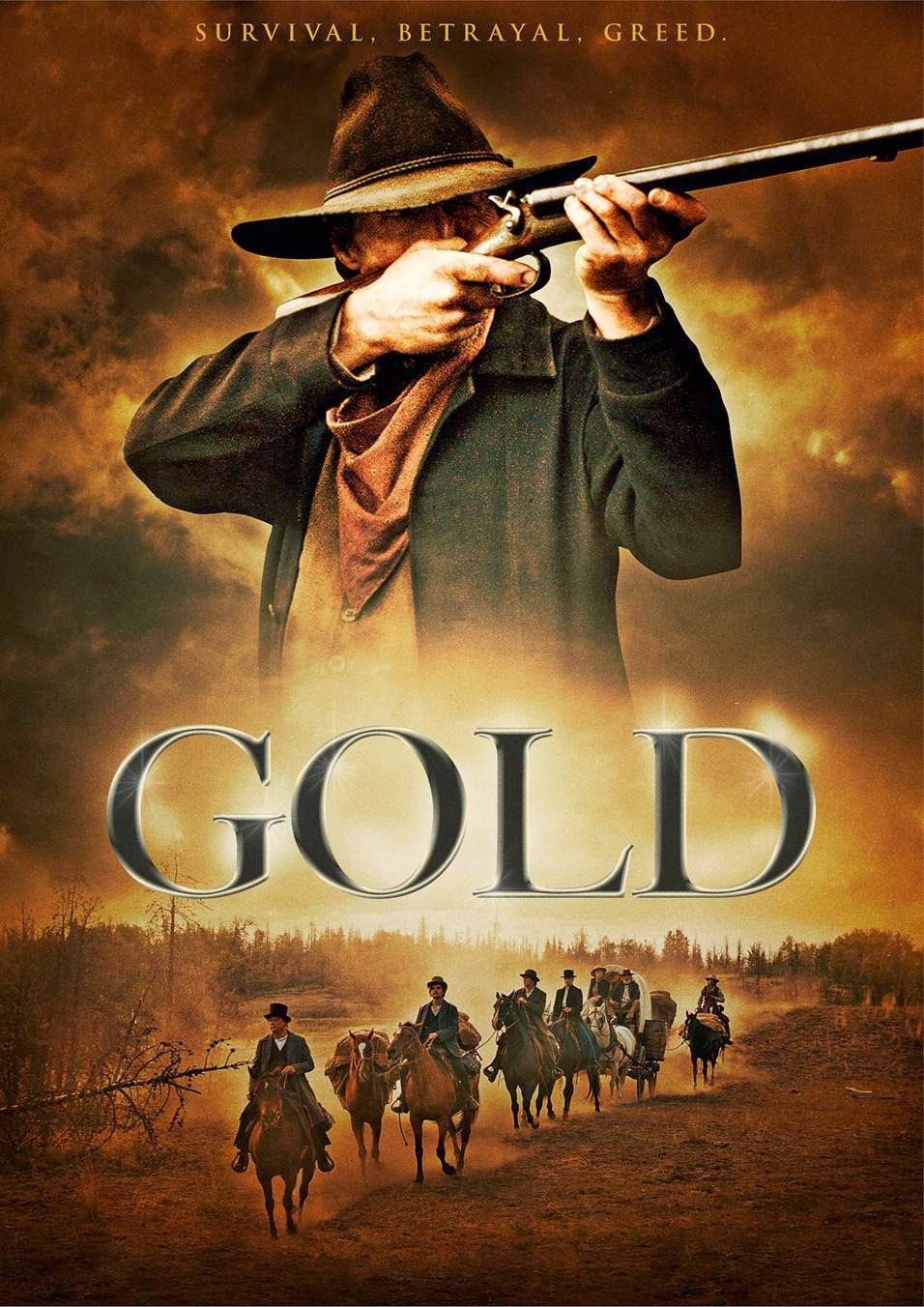 When I heard that a new German-made Western had just been completed, “…visions of Winnetou danced in my head!”  Though most Americans are not aware of it, Germany has a long history of American Western story-telling, Karl May being the most popular Western writer in the world, easily eclipsing American Western writers from Max Brand to Louis L’amour with his non-English-language following. 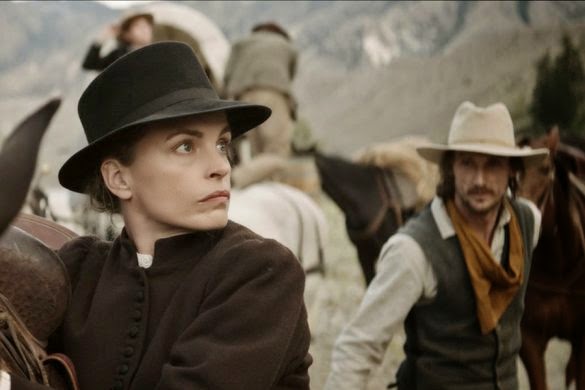 German Western film, likewise not well known in the States, has been tremendously influential.  The success of a dozen Karl May Western films made in the early 1960s, starring French actor Pierre Brice as Apache Chief Winnetou, opposite American and British actors like Lex Barker, Rod Cameron and Stewart Granger, were such a smash that they inspired the Italians to create the Spaghetti Western genre.

GOLD, written and directed by Thomas Arslan, could not be further from the melodrama of WINNETOU, but that is by design.  It is a movie that strives for realism and naturalism.  Filmed where the tale is set, in British Columbia, Canada, GOLD surprisingly is not a gold-field story, ala the recent miniseries KLONDIKE, but a tale of people on their way to the gold-fields.  Near the turn of the century, when an improbably large nugget is found by a panner, Argonauts head for the Klondike, and fortune, anyway they can.   (When I saw Indians waiting at the railroad's end, wrapped in blankets with the distinctive design of the Hudson Bay Company, I knew that production designer Reinheld Blaschke knew his stuff. )

German-born Wilhelm Lasser (Peter Kurth), an experienced guide, advertises his services to other German-Americans, assembles five prospective prospectors and, with wrangler Carl Boehmer (Marco Mandic), sets out for glory. Among them is Emily Meyer, who has tired of being a house-maid in New York.  She’s played by Nina Hoss, a major star in German cinema who, appropriate to the role, bears a striking resemblance to Lillian Gish, who frequently played pioneers for D. W. Griffith; not by chance, Hoss wears her hair in the same distinctive manner.

Tension builds, a bit, as the travelers begin to suspect that wagon-master Lasser is no master at all.  He becomes upset when they reach a river that’s not on his map.  It’s almost as if he’s never been there before.  In fact, he’s greatly exaggerated his experience, and it is only through the assistance of the occasional Indian, for a five-dollar payment, that they stay anywhere near on the path.  Further, as we see at around the half-hour mark, in a scene that calls to mind Hemingway’s THE KILLERS, a pair of riders is tracking the group, or rather the wrangler.  It’s a scene with both menace and humor, and it’s about all we see of either element. Because the major flaw of this film is that, beautifully made though it is, not nearly enough happens.

There is hardship aplenty, but damned little conflict.  The characters are so stoic that they never get impassioned enough about anything to get the viewer involved.  Cinematographer Patrick Orth makes the most of the varied and beautiful forests and vistas of British Columbia – much of the photography is spectacular, especially a scene in a forest of barren trees.  But there are so few close-ups that the viewer rarely has the sense that he knows what a character is thinking.  While the wide-screen process – the image here is more than twice as wide as it is tall – is perfect for landscape, when it comes to actors, as Leone taught us, you have to jam the camera all the way into the center of a face to fill the screen.  We never get half that close.  And I don’t ever recall seeing a movie where more screen-time is spent watching a small group of riders ride across the screen, over and over again.

In a ‘Ten Little Indians’ manner, their numbers drop.  Some give up; one goes mad, strips off his clothes and runs pell-mell into the forest.  In one of the most affecting scenes, a man’s injured leg must be amputated before gangrene sets in.  The use of sound rather than gory visuals is evocative and effective.  Finally we get a sense of passion, and the stoicism is truly moving.  But sadly we quickly soon lose him.  We also get one good shoot-out, but it’s a long time coming.

If you’ve seen MEEK’S CUTOFF (2010), starring Michelle Greene, Bruce Greenwood and Paul Dano, this may all sound familiar; that film also involves an incompetent wagon-master leading a group of pioneers, and getting them lost.  But while MEEK’S had Rod Rondeaux as the menacing Indian following them, and a dramatic payoff, in GOLD, once we meet the men following the wrangler, they disappear until too late in the story to save it.

The score by Dylan Carson is portentous and effective, but is often missing in scenes where it could have helped.  And not one of the voice-actors chosen to dub the film into English uses a German accent, a strange choice considering how much their ‘Germanness’ is a part of their character, and how everyone they meet immediately knows they are German.

GOLD will be available in May from Screen Media Films.

I’ll be sharing my interview with Kanefsky soon, but in the meantime, here’s the first trailer. 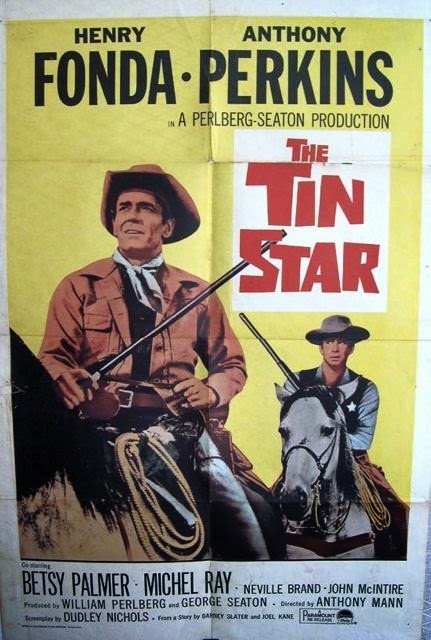 The final program of the UCLA/Billy Wilder Theater two-month retrospective entitled Dark City, Open Country: The Films of Anthony Mann, will be MAN OF THE WEST (1958) and THE TIN STAR (1957). 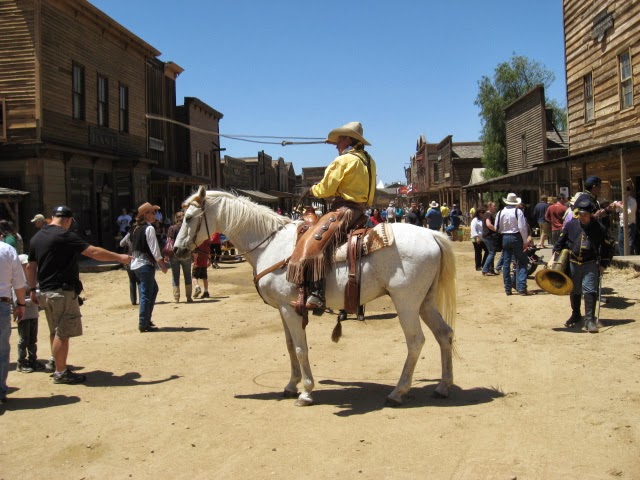 After attending the Santa Clarita Cowboy Festival and covering it for the Round-up these last three years, this year I’ll be a participant!  At the OutWest Buckaroo Book Shop, in the heart of Veluzat's Melody Ranch’s fabulous Western street, I’ll be moderating a couple of authors’ panels.  On Saturday from 1:30 to 2, the topic is THE WEST IMAGINED, and I’ll be talking with Western novelists Edward M. Erdelac, author of COYOTE’S TRAIL; Jim Christina, author of THE DARK ANGEL; and C. Courtney Joyner, author of SHOTGUN.

And on Sunday, from 1:30 to 2, the topic is THE WEST LIVED, and I’ll be talking to non-fiction writers Jerry Nickle, great-grandson of the Sundance Kid; JR Sanders, author of SOME GAVE ALL; and Peter Sherayko, author of TOMBSTONE – THE GUNS AND GEAR.

On Saturday at 12:30, and Sunday at 2:30, I’ll be chatting with Miles Swarthout, who wrote the screenplay for THE SHOOTIST from his father, Glendon Swarthout’s novel.  Miles is also involved with the upcoming movie THE HOMESMAN, directed by and starring Tommy Lee Jones, from a novel by Glendon Swarthout.  You can learn all about the events at the Buckaroo Book Shop by going HERE. 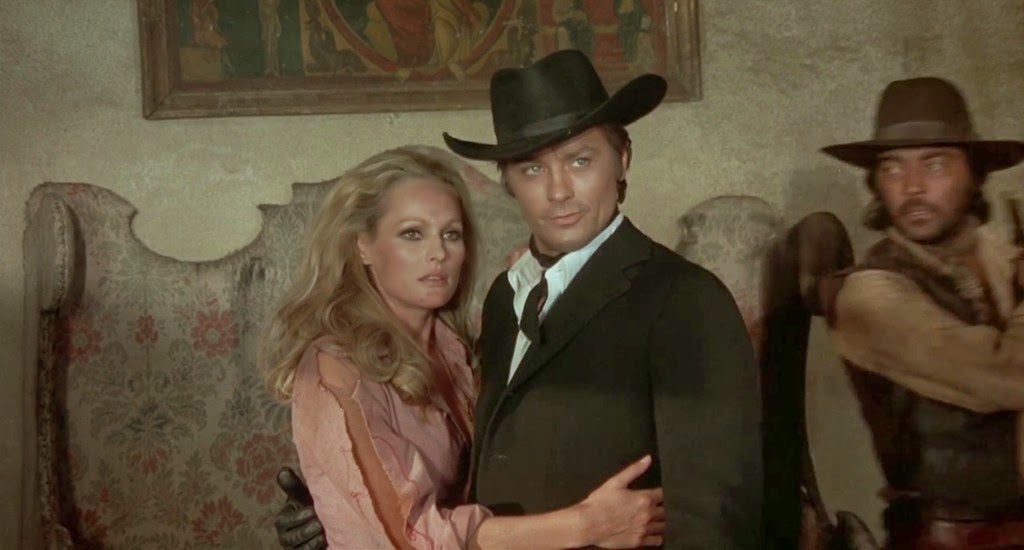 
The first gorgeous Bond Girl turns 78 today! She starred in THREE Westerns -- RED SUN, 4 FOR TEXAS, and mexico on fire -- but to me she’ll always be SHE! When I was ten or eleven, and madly in love with her, she was in New York for the premiere. I had this goofy idea to send flowers to her hotel – I had no idea what it would cost – I called MGM’s New York office to find out where she was staying, AND THEY PUT HER ON THE PHONE TO ME! I’ve never fully recovered. Happy Birthday!