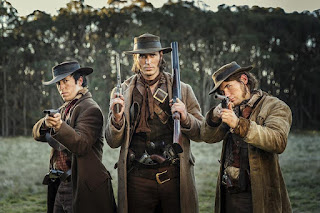 Here is the first full trailer for THE LEGEND OF BEN HALL, Matthew Holmes’ terrific Western about the Bushranger who was Australian equivalent of America’s Jesse James.  The parallels between the frontier periods of both countries are fascinating.  Interestingly, this is actually the second trailer.  As you can read in my True West article HERE, a Kickstarter campaign raised the money to make the first trailer, which was used as a ‘proof-of-concept’ to raise the money for the feature itself! 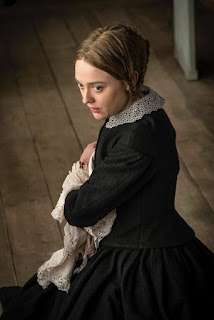 Writer/director Martin Koolhoven’s dark Dutch Western BRIMSTONE, starring Dakota Fanning and Guy Pearce, will hit U.S. theatres and VOD in March 2017.  Pearce plays a vengeful preacher and Fanning an innocent woman who goes on the run when framed for a crime. The sagebrush psychological thriller was shot in Germany, Hungary, Tyrol Austria, and the Motherland of Spaghetti Westerns, Almeria Spain.  British-born Pearce is no stranger to the genre, having cut his teeth on the Aussie SNOWY RIVER: THE MCGREGGOR SAGA series, and made an indelible impression in the Aussie Western feature THE PROPOSITION.  Also in the cast are GAME OF THRONE stars Kit Harington and Carice van Houten. 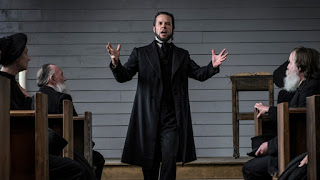 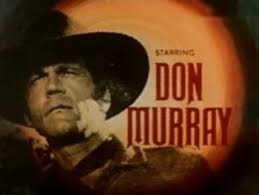 Get-TV is adding the 1968 Western series THE OUTCASTS, starring Don Murray and Otis Young, to their Saturday Western line-up.  The one-season hour-long drama features Murray as a former Confederate officer turned bounty hunter, and Young as an ex-slave and Union soldier who partners with him.  Don Murray first made a splash as Beau in BUS STOP (1957), followed by HATFUL OF RAIN (1958), and his Westerns include THESE THOUSAND HILLS (1958), FROM HELL TO TEXAS (1959), and his portrayal of Buffalo Bill in the 1966 remake of THE PLAINSMAN.  Otis Young, a fine actor who rarely got the quality of roles he deserved, soared when he was cast opposite Jack Nicholson and Randy Quaid in THE LAST DETAIL (1973). 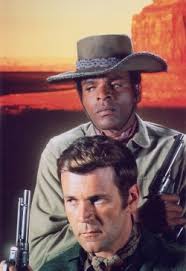 Get-TV has consistently shown high quality short-run Western series that have rarely been seen since their initial release – see my Round-up interview with Programming Veep Jeff Meier HERE.
OUTCASTS is being added to their current playlist, which includes Audie Murphy in WHISPERING SMITH, CIMARRON CITY, TOMBSTONE TERRITORY, THE RESTLESS GUN, and LAREDO.

Keep your eye for the OUTCASTS episode TAKE YOUR LOVER IN THE RING: it won a ‘Best Edited Television Program’ Eddie for Norman Colbert; Anthony Lawrence’s script was nominated for a WGA Award; and Hugo Montenegro’s score was nominated for an Emmy. 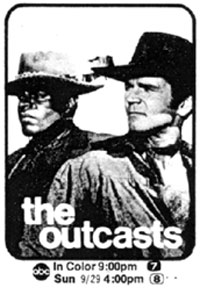 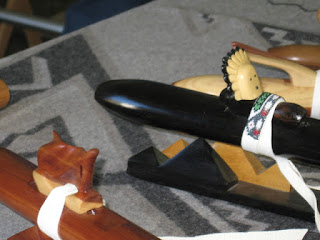 If you care about Indian art, this is an annual not-to-be-missed event!  Two-hundred artists from over forty tribes will be presenting their work in an immense tent. Painting, sculpture, jewelry, textiles – every medium and every form imaginable.  And it’s included with the price of museum admission.

I’ll have plenty more to tell you about in the next Round-up – the next Word of Westerns, an upcoming animated Western, video reviews and more. 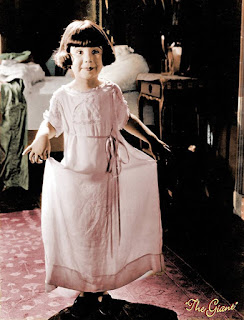 But I wanted to acknowledge the birthdays of a pair of great silent film child stars.  October 29th was the 98 birthday of Baby Peggy, now called Diana Serra Cary, the still wonderfully vital last of the silent stars, and author of THE HOLLYWOOD POSSE and WHATEVER HAPPENED TO BABY PEGGY? 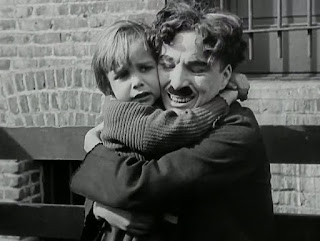 Coogan with Charlie Chaplin
in The Kid

And the 26th would have been the 102nd birthday of Jackie Coogan, who died in 1984.  The movies’ first great child star was the son of vaudevillians.  Both stars sadly share the tragedy that they were robbed blind by their parents, leaving them broke when childhood stardom ended.  ‘The Coogan Law’ was written to protect kid actors.  Jackie had a long career, four kids, four wives – and one of them was Betty Grable!  He became a star again in the ‘60s playing Uncle Fester on THE ADDAMS FAMILY, but is best remembered by Western fans as Stoney Crockett on COWBOY G-MEN.  My mentor in the film business, Saul David, was in the Army with Coogan during World War II, and told me this story.  Coogan was still frequently recognized, and once, when they and several other soldiers were showering, a soldier asked him, “Aren’t you Jackie Coogan?”

“Yes,” he replied, and with a chuckle added, “Take a good look, kid.  That’s the one that was in Betty
Grable.”   The soldier was so shocked at Coogan’s disrespect towards his own dreamgirl (and Coogan’s ex-wife) that he threw a punch that knocked Coogan out cold!