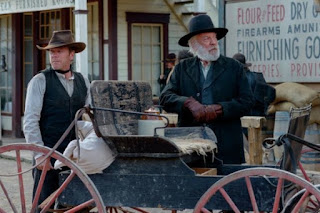 The long-troubled Canadian-produced Western FORSAKEN, starring father and son Donald and Keifer Sutherland, Demi Moore, and Brian Cox, will have its world premiere this September at the 2015 Toronto International Film Festival (TIFF), according to Chad Beharriell’s Westerns Reboot site.  Directed by Emmy-winning ‘24’ helmer Jon Cassar; scripted by Brad Mirmman, the story of a son (Keifer) who tries to live down his shootist reputation, and reconnect with his recently widowed minister father (Donald), the Calgary-shot production looked as if it might never see the light of day. 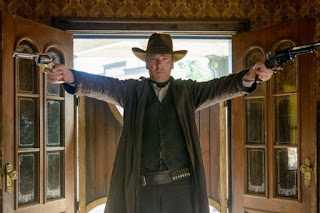 Lensed two summers ago, on May 1st, DEADLINE: HOLLYWOOD and others reported that the producers might not receive the promised $1.7 million in tax incentives because the Alberta Labour Relations Board ruled that the production had skipped town without paying some of the crew and suppliers. 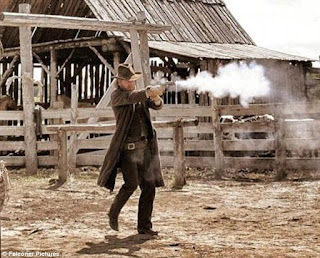 Keifer is no stranger to the saddle, having made an early and indelible impression in the seminal YOUNG GUNS (1988) and YOUNG GUNS 2 (1990).  In addition to the recent COLD MOUNTIAN (2003), father Donald starred in DAN CANDY’S LAW (1974) as a Mountie hunting Cree Indian Gordon Tootoosis for another Mountie’s murder. 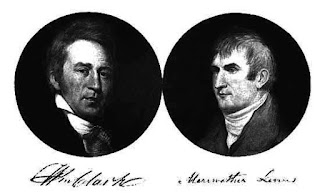 The lads who mapped the American West for President Jefferson are on an unexpected hiatus, until director John Curran, and cinematographer Rob Hardy can be replaced.  Shooting in Alberta, Canada had already been complicated by weather, but the HBO mini-series was plagued by artistic differences as well.

Produced by Tom Hanks, Brad Pitt, Ed Norton and others, the six-hour production is based on Stephen Ambrose’s brilliant history, UNDAUNTED COURAGE.  L&C stars Casey Affleck – Robert Ford in THE ASSASSINATION OF JESS JAMES – as Meriwether Lewis, and  Matthias Schoenaerts as William Clark.  Stephen Hill plays York who, despite being Clark’s slave, was a full member of the expedition. 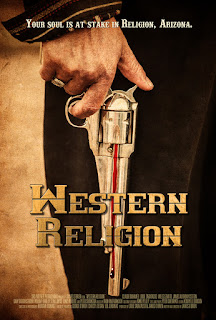 WESTERN RELIGION, written and directed by James O’Brien, has been acquired Screen Media for a fall theatrical release, followed by a home video release.  The somewhat supernatural tale of a legendary Old West poker tournament made its debut at Cannes.

“It’s beginning to look a lot like Christmas!”  Because that’s when HATEFUL 8 opens at a 70mm Panavision theatre near you!

LONGMIRE returns, with a new home at Netflix, on Thursday, September 10th.   In my LONGMIRE article in the upcoming October TRUE WEST, I’ll be discussing the whole A&E/Netflix TV saga with LONGMIRE-creator Craig Johnson, and actor Zahn McClarnon, who plays Navajo Officer Mathias. 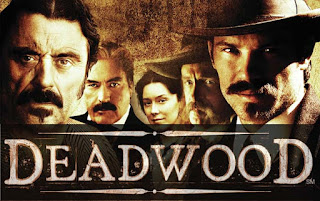 A spokeswoman for HBO has confirmed that preliminary talks have begun about turning the ground-breaking Western series into a TV movie.  Wasn’t that the original idea when the series went off the air?  Timothy Olyphant, who starred as lawman Seth Bullock, just finished his run in the JUSTIFIED series, so the time might be right!

AND THAT'S A WRAP! 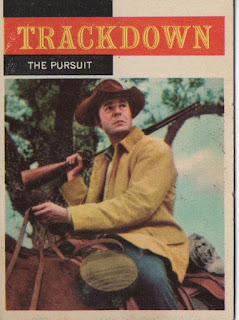 Yesterday would have been Robert Culp's birthday!  Have a great week!