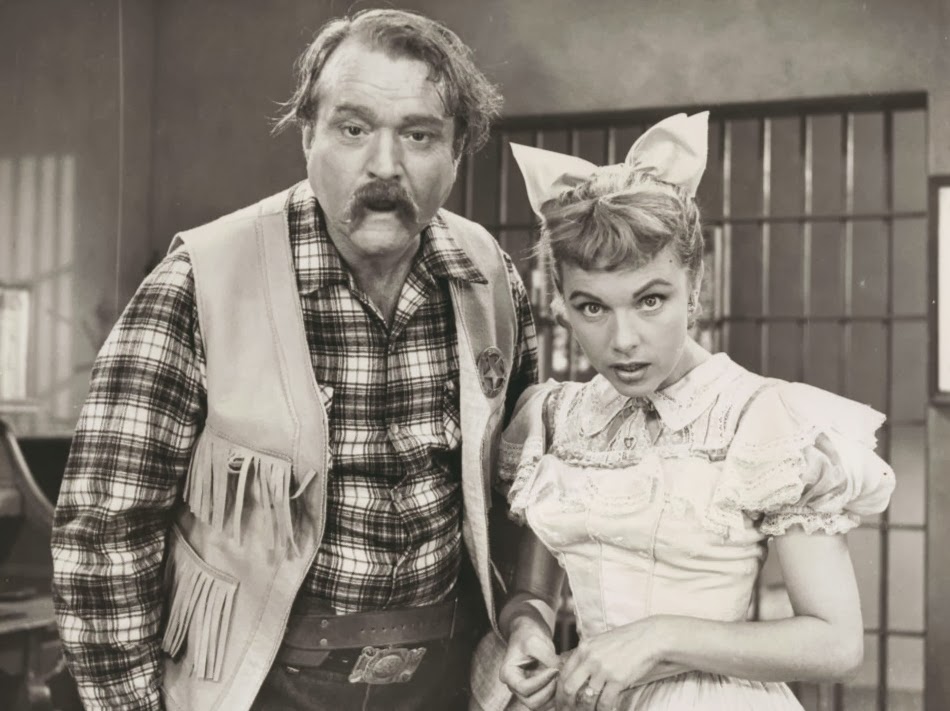 Although he seems to have dropped off of the radar of late, few stars have had a career to match that of comedian – or clown, as he preferred – Red Skelton: star of vaudeville, Broadway, radio, movies, and television.  In 1951, when TV was in its infancy, his manager, who also happened to be his ex-wife, negotiated an unheard-of contract for five million dollars for seven years.

While he never appeared in a traditional Western, Red’s second screen appearance was starring in the 1939 Vitaphone short BROADWAY BUCKAROO, where his character builds a dude ranch on the Great White Way.  Nine years later, he starred in MGM’s A SOUTHERN YANKEE, a partial remake of Buster Keaton’s classic THE GENERAL, with Keaton himself supplying some of the gags. 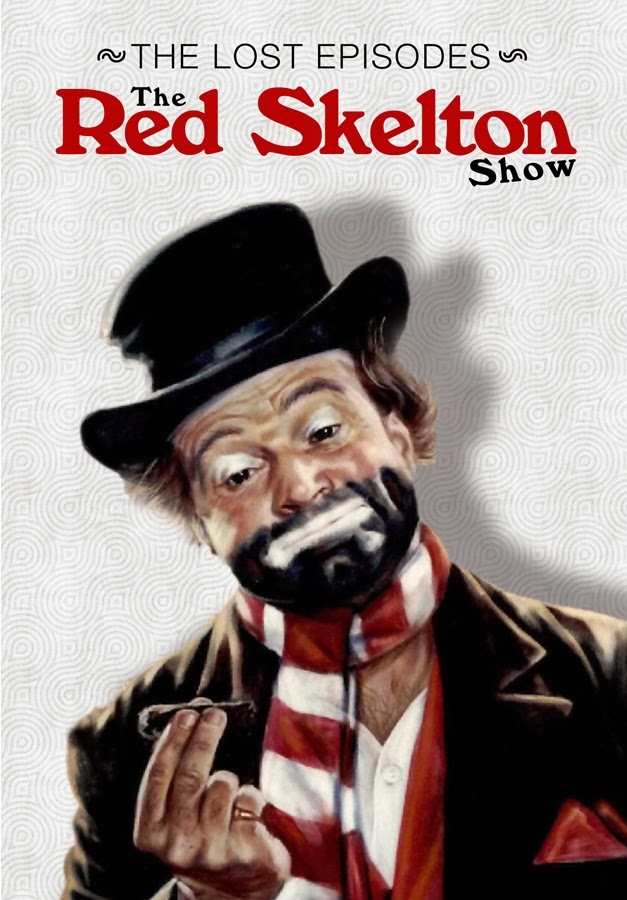 Always avoiding anything that seemed sophisticated or urban, his CBS series ran for a staggering 20 years.  It could have gone on longer – the ratings were always good and frequently in the top ten – but 1971 was the year that CBS decided to shake itself of its ‘rube’ shows, getting rid of long-time hits like BEVERLY HILLBILLIES, GREEN ACRES, PETTICOAT JUNCTION (actually 1970), THE RED SKELTON SHOW, and GUNSMOKE.  CBS head William Paley, a fan of GUNSMOKE, was out of the country when the decision was made, and when he came back, he blew a gasket, and insisted Matt Dillon return post haste, but he let Red and the others fade away.

Like contemporary Jackie Gleason, rather than playing a single character, Red had a raft of popular personas, among them Clem Kadiddlehopper, Freddie the Freeloader, con-man San Fernando Red, and western lawman Sheriff Deadeye. 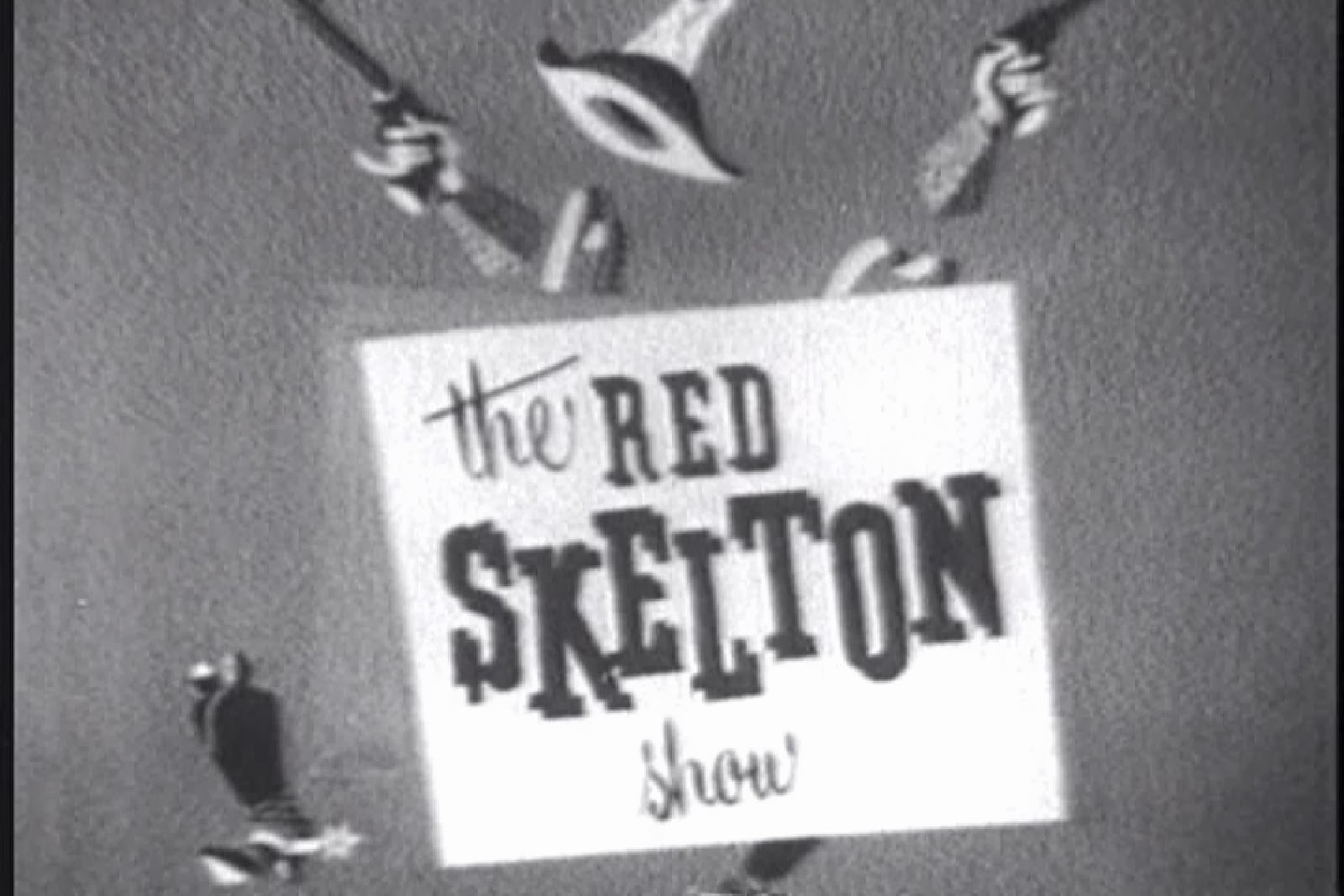 Timeless Media Group has packaged eighteen previously unreleased half-hour episodes from 1959 and 1960, under the heading THE LOST EPISODES, and while perhaps not lost, they’ve surely not been seen for decades.  While the quality of the prints is variable – apparently CBS didn’t see long-term value to preserving them – the shows are delightful, and very watchable, scratches and all.  Of most interest to Western fans is DEADEYE TURNS IN HIS BADGE, with guest stars Billy Barty, Charles Ruggles, and adorable Terry Moore.  Also, GUNSMOKE’S Miss Kitty, Amanda Blake, appeared frequently as San Fernando Red’s shapely accomplice, Ruby, and two of those episodes are included.  SAN FERNANDO FOR GOVERNOR also includes a delightful late-in-the-career performance by Laurel and Hardy foil Billy Gilbert.  And SAN FERNANDO’S TREASURE co-stars fellow westerner Guy Madison, just after his run starring as WILD BILL HICKOCK.

Because the series was extremely popular, and clearly a lot of fun to do – they were shot in front of a live audience with no retakes, no matter what – everyone wanted to be on, and the line-up of guests, from established stars to young people on their way up to long-time character actors, is a pleasure to watch.  Keenan Wynn, Richard Deacon, Jamie Farr, Buster Crabbe, Slapsie Maxie Rosenbloom, Jackie Coogan, Barbara Nichols, Gerald Mohr, Fabian, Eve Arden, William Demarest, Vivian Vance, Anthony Caruso, Marilyn Maxwell and Sebastian Cabot all take part, often mocking their own established images.

The shows are written by a talented crew, including Sherwood Schwartz, who would go on to create GILLIGAN’S ISLAND; sight-gag wizard and PRC cowboy Dave O’Brien, who helped craft, and starred in, hundreds of PETE SMITH SPECIALITY shorts at MGM; and of course Red himself – it’s fun to try and guess which lines were actually ad-libs, and which were simply well crafted to seem spontaneous.  The frequent off-hand references to Khrushchev, Kennedy and Nixon set the shows in a historical context. 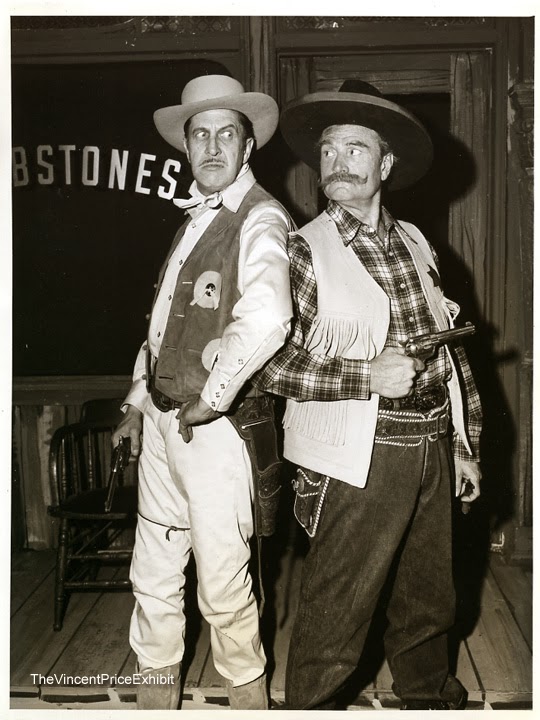 Red with Vincent Price (not in set this set)

One element that startled and amused me was that Red was famous for ‘keeping it clean,’ and allowing no blue material.  But the truth is, while playing the rube, he was very sophisticated and subtle, and it’s amazing what he got away with.  In an opening monologue, he tells a story about a farmer milking a cow, and telling her that he’s got a surprise for her.  The cow replies, “I’ve got a surprise for you: I’m a bull!”  Although Red didn’t quite say it, the farmer is obviously pulling on something other than an udder.  One of the San Fernando Red episodes opens with Red at his desk, scamming a victim over the phone, while playing with items on his desk; he keeps laying down a rubber stamp, and making it stand up by moving a pad of paper.  Moments later, when Amanda Blake appears, and strikes an alluring pose, Red moves the pad, and again the rubber stamp stands straight up – the joke is obvious, but as he’s played with the rubber stamp innocently before, he has deniability if a censor objects.

Included in the eighteen shows are two episode in which Red does not appear – one in which Arthur Godfrey and Jackie Gleason fill in, and another where Danny Thomas and his TV kids Angela Cartwright and Rusty Hamer do the honors.   Whether you’re a long-time fan of the red-head, or if you’re interested in TV comedy before formats became so limiting and inhibiting – in fact, if you simply like to laugh, I think you’ll get a huge kick out of THE RED SKELTON SHOW – THE LOST EPISODES.  I know I did.  Or should I say ‘I dood it!’

THE LEGEND OF THE RENO BROTHERS – A Film Review 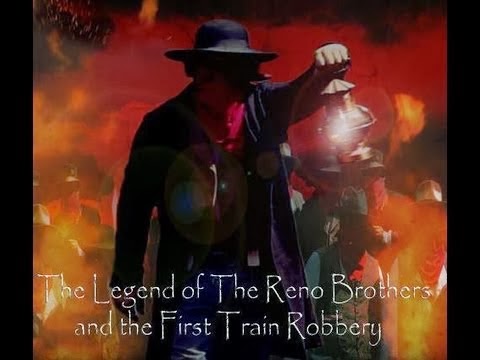 It seems incredible that a family of outlaws that served as subjects for movies starring Randolph Scott (RAGE AT DAWN) and Elvis Presley (LOVE ME TENDER), and who committed the first non-military train-robbery, along with uncounted other crimes, could remain obscure, but indeed they have.  But filmmakers Anthony Susnick, Morgan Raque, and David Distler have gone a long way towards righting that wrong with their documentary, THE LEGEND OF THE RENO BROTHERS. 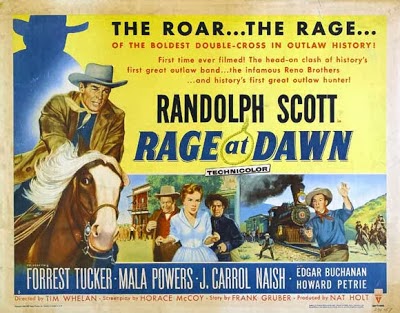 The Renos were an Indiana-based family whose first criminal enterprise came during the Civil War, when a couple of the boys took up ‘bounty jumping,’ enlisting in the Union Army for a cash payment, then disappearing, reappearing elsewhere, reenlisting under assumed names, again taking the cash, and again disappearing.  After the war ended, the brothers, four in all, began their criminal activity in earnest.  It’s impossible to know the full extent of their felonious activities, because as they became well-known, they got blamed for everything.  But it’s clear that they robbed and killed and burned – and pulled off the first three train hold-ups, earning them the enmity of the Adams Express company, which hired Allan Pinkerton himself to track them down.  How they in fact met their end is so unusual that it would be a spoiler to discuss it here; but I assure their fates are memorable. 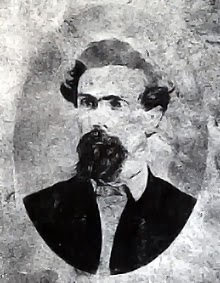 In spite of the fact that there are no living witnesses left, and few authenticated photos of the lads, the filmmakers do an admirable job of bringing the Renos’ desperate lives excitingly to life.  Using a blend of historical photographs, narration, old movie footage, newspaper stories, and reenactments, RENO BROTHERS is a compelling movie that entertains as it informs.  There are several on-camera historians, two in particular, who help to tell the story; and the amount of historical research, and the obvious passion of the filmmakers for their subject, makes it all the more engrossing.

There is considerable manipulation of the film image – altering color, adding shaking and scratches – that I normally find distracting but here, in most cases I felt it enhanced the experience.   Some of the reenactment scenes went on a bit longer than necessary, but the fact is, you need a ninety-minute film if you’re going to be able to market it; sometimes, unfortunately, the extra screen-time underscored that not all of the reenactors, while good visually, were accomplished actors. 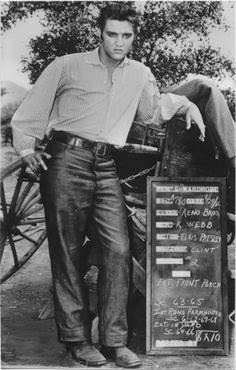 While many historical documentaries are informative but dry, RENO BROTHERS is a compelling movie, with good music, that will entertain the knowledgeable Western history fan as well as folks who want some excitement, and don’t mind learning a little in the process.  Below is the trailer – take a look! 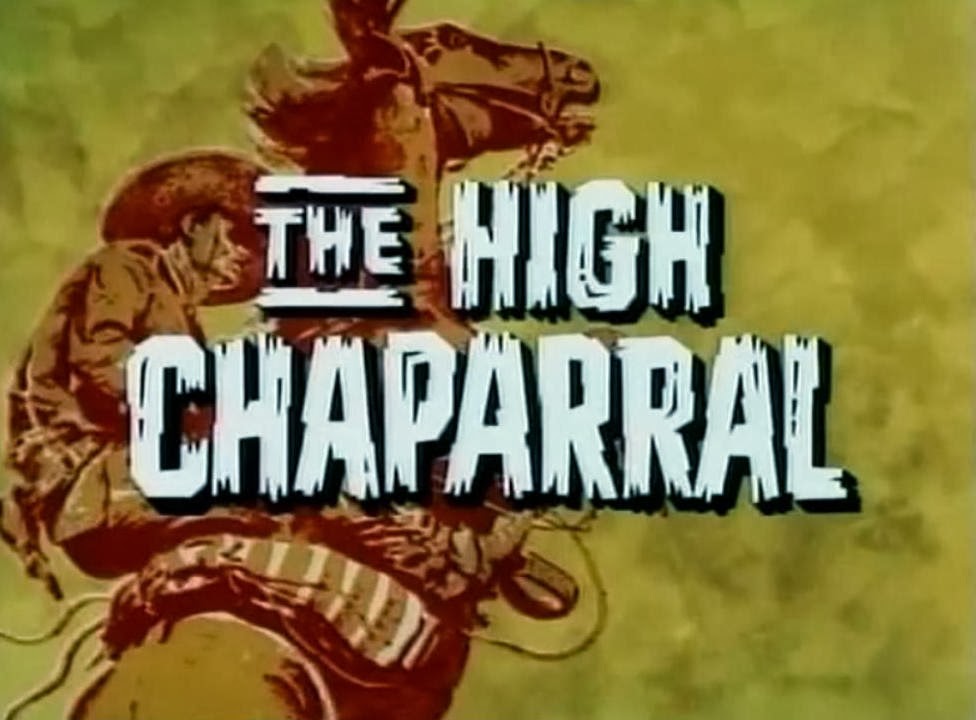 If you’re a DirecTV subscriber, and you haven’t yet spoken to a person, and registered your complaint at losing the station with the exclusive rights to both HIGH CHAPARRAL and THE VIRGINIAN, I urge you to do so.  When I did so today, and spoke to a very polite and patient woman, she took note of my complaint and my account, and assured me that if enough subscribers complain, they’ll open negotiations with INSP.  You’ll never get what you want if you don’t speak up!  Please call 1-844-GET-INSP, and tell them you want INSP back; and also go to  http://www.iwantmyinsp.com/  -- and sign the on-line petition.   Thanks! 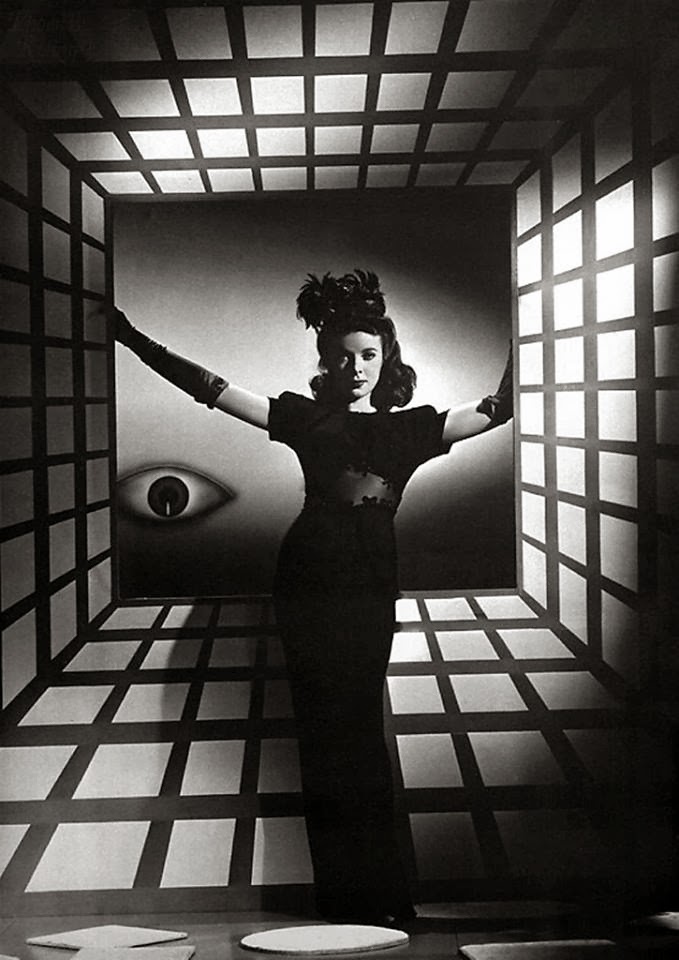 Ida Lupino was born February 4th, 1918.  English theatre royalty, a dazzlingly talented actress, she didn’t star in many westerns, but the ones she did, like LUST FOR GOLD and JUNIOR BONNER, were memorable.  But more remarkable was her skill in directing Western TV: HOTEL DE PAREE, eight HAVE GUN WILL TRAVELS, THE RIFLEMAN, DANIEL BOONE, THE VIRGINIAN, and DUNDEE AND THE CULHANE.

I had a couple of stories I planned for this week’s Round-up, especially an update on ‘RESURRECTION OF EL PURO’ and ‘SIX GUNS TO HELL’, but they’ll have to wait until next week.  Have a good one!