WILLIAM BONNEY UP FOR PAROLE! 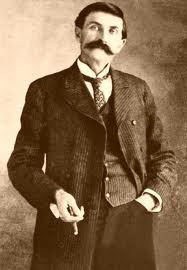 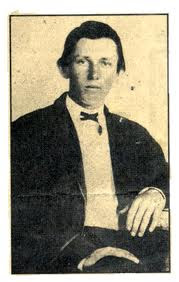 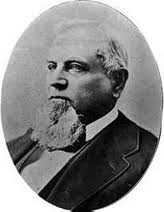 No, I’m not kidding. New Mexico Governor Bill Richardson is considering granting a posthumous pardon to Billy the Kid. Among those objecting most vigorously to the historical whitewashing are three grandchildren of lawman Pat Garrett. Garrett, who had at one time been a friend to Bonney, shot and killed him on July 14, 1881, following the outlaw’s escape from the Lincoln County Jail, an escape that left two deputies dead.

A letter sent to Richardson this week by three Garrett grandchildren stated that to grant the pardon would represent an "inexcusable defamation" of the lawman. "If Billy the Kid was living amongst us now, would you issue a pardon for someone who made his living as a thief and, more egregiously, who killed four law enforcement officers and numerous others?"

Among those being brought into the debate is a descendant of Bonney’s employer, rancher John Henry Tunstall, whose 1878 murder ignited the Lincoln County War. Hilary Tunstall-Behrens, a great-nephew of the rancher, who came from London to meet with Garretts, is taking sides against Bonney. "I wouldn't join the cause. There is so much strong feelings."

Personally, I am never happy to see people blithely rewriting history. I understand in the case of Dr. Mudd. His name became synonymous with ‘traitor’ – as in ‘his name was Mudd,’ – after he treated John Wilkes Booth’s wounds without turning him in. An argument can at least be made that he didn’t know his patient was Lincoln’s assassin, and if his descendants feel better with his pardon, fine. You might expect me to support Bonney, us both being Brooklyn boys, but while there is some doubt whether he murdered as few as nine or as many as twenty-one before he reached his majority, the fact is he was a prolific killer. He was guilty as charged. If there is a Hell, and if Billy is currently burning in it, I doubt the authorities there will be much impressed by the authority of Governor Richardson in the matter.

AND PLEASE WEIGH IN WITH YOUR OWN OPINION – MAKE A COMMENT BELOW.

Not long ago, Susan Sarandon was out and Jessica Lange was in as Victoria Barkley, the role made famous by Barbara Stanwyck. Now, in the role of Charles Crocker, the real railroad magnate, Richard Dreyfus is out and Sam Neill is in. Unlike the fictional Barkleys, Crocker was a real man. He, Mark Hopkins, Collis Huntington and Leland Stanford formed ‘the big four,’ built the Central Pacific Railroad, which became the western section of the Transcontinental Railroad.

Every day in August for several years, TCM has featured a single actor's movies for a full day and night. For the first time to my recollection, they are featuring a full day of Woody Strode movies on Thursday -- yes, tomorrow, August 5th! In addition to BOMBA THE JUNGLE BOY and TARZAN films, and more 'classy' fare later on, they are showing, starting at 9:15 a.m., SHALAKO, at 1:00 p.m. THE LAST REBEL, at 3:00 p.m. TWO RODE TOGETHER, and at 5:00 p.m. SGT. RUTLEDGE. THESE ARE ALL PACIFIC TIMES -- CHECK YOUR LOCAL SCHEDULE! How cool that Woody is finally getting his due!

I guess that'll have to do for now.